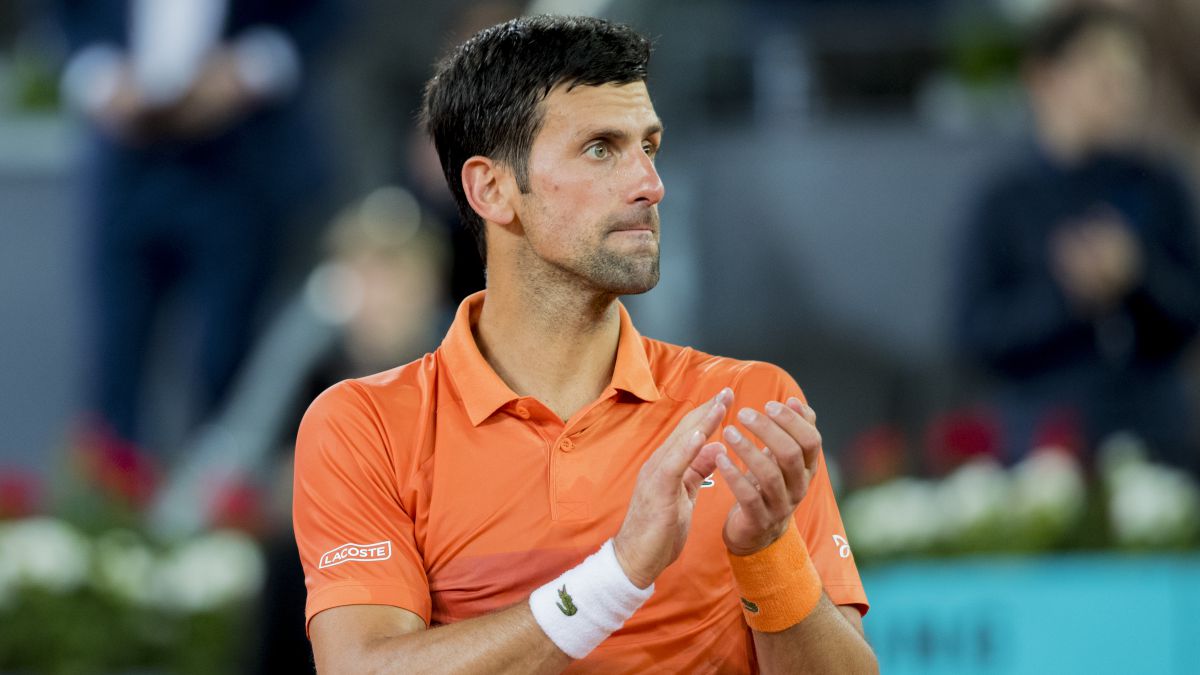 A story repeated 17 times before it lived its chapter 18 without change of script in the Magic Box. Gael Monfils lost again against Novak Djokovic (6-3 and 6-2 in 1:27) and the serb made sure continue at number one as far as it goes in Madrid. Had he lost, the title would have returned to the now-injured Daniil Medvedev. “I played my best game of the year,” he summed up.

“Gael, Gael!”, chanted the stands supporting the Frenchman, 35 years old and 21st in the ATP in the second set, when Monfils, already break down, tried to get a break ball. But there was no way. In the first set, before the number one break came for 4-2, the elastic Frenchman had three opportunities that he did not close. And that weighed heavily on him. Before the Balkan, he does not see a door. He added 31 unforced errors for the 15 of the champion of 20 ‘big’.

Djokovic, who still had to neutralize two break balls when serving to win, advances to a round of 16 against the winner of Andy Murray-Denis Shapovalov. His year, after the refusal to be vaccinated in Australia, is summed up in an elimination in the quarterfinals in Dubai (against Vesely, 123rd), a slip in the first round in Monte Carlo (against Davidovich) and the final at the ATP 250 in Belgrade, in which he lost to Andrey Rublev. The wolf needs to sharpen the fang more, who said he had been affected by an illness (which he did not specify) before Monte Carlo. In Madrid, where the height makes his blows fly fast and he has lifted the trophy three times, intends to raise the level. And an old acquaintance like Monfils was ideal to boot.