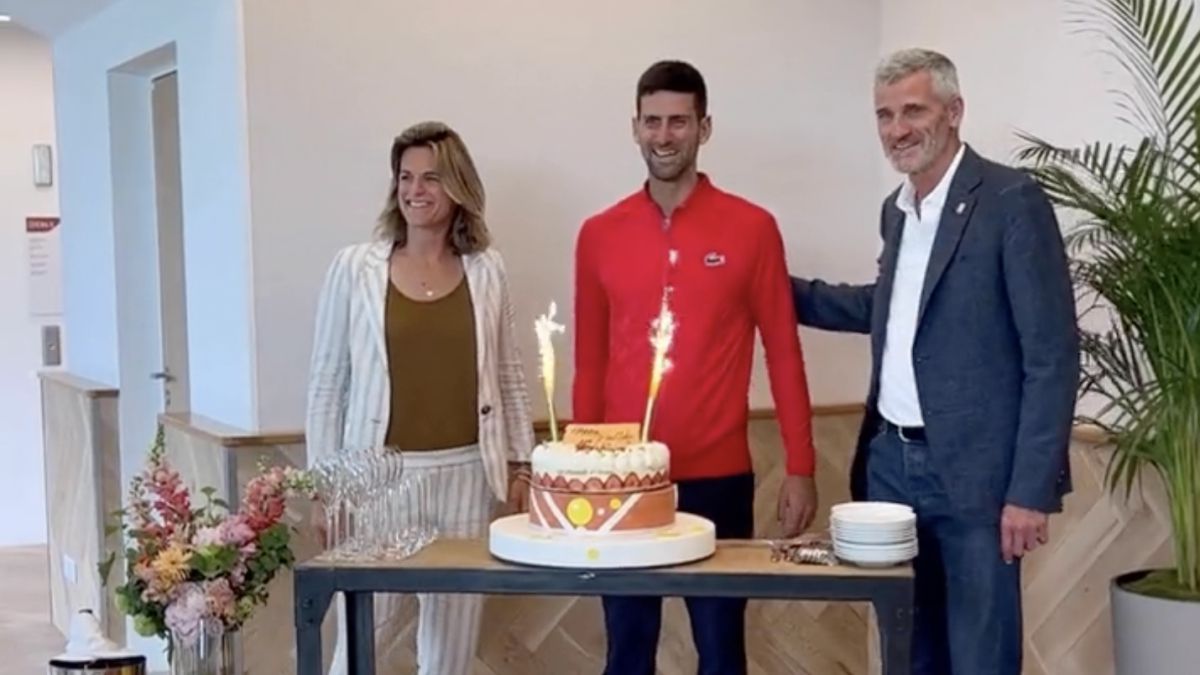 The day after celebrating his 35th birthday, Novak Djokovic hopes to give himself a victory at the start of his participation in Roland Garros, where he defends title. The Serbian faces the Japanese Yoshihito Nishioka at 20:45 (2-0 in his favor in the heads-up).

The tournament entertained him on Sunday with a cake and gave him an electric scooter and a helmet that did not fit him too well, unlike the new Chatrier, that today will live its first full. Nole took it with humor and thanked the organizers, Amelie Mauresmo, director, and Gilles Moretton, president of the French Tennis Federation, for the detail.

Before he trained as on a normal day, although later there was a small one with his team. The sensations of the titan from Belgrade are very good and he will try to endorse them in the first night session of the French championship.