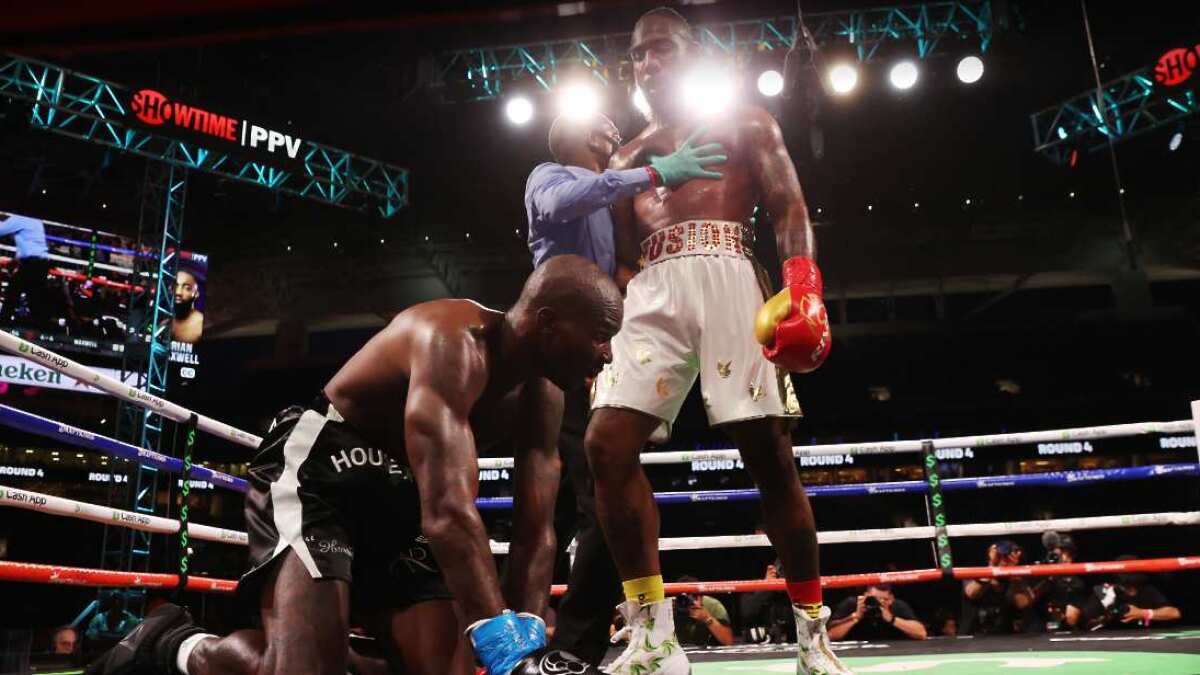 The former wide receiver of the Cincinnati Bengals on the NFL, Chad ‘Ochocinco’ Johnson made his debut in boxing where he was knocked down in the fourth round by Brian maxwell in one of the fights that were part of the undercard function of Floyd Mayweather against Logan Paul.

The 43-year-old had a good performance landing several punches during the first three rounds and showed movement on the ring and speed that impressed for his first fight.

For his part, Maxwell is an experienced fighter in MMA, bare knuckle fights and boxing and near the end, he dropped Johnson with a right wing with 45 seconds left, but ‘Ochocinco’ got up to finish the exhibition.

“My life has always consisted of taking risks and doing crazy things,” said the former NFL player, “this is just one of the things that I have on my wish list and it is a message for many people, that they are happy, that they have fear of failing or losing and not taking risks, get out of there and live ”.

Although the fledgling boxer accepted that his boxing skills are “a bit sloppy,” he accepted that he had fun in his first combat sports appearance and dared to joke about his return to fight Conor McGregor.

As a wide receiver in the NFL, Chad Johnson played 11 seasons, nine of them with the Cincinnati Bengals but also wore the uniform of the New England Patriots and Miami Dolphins.