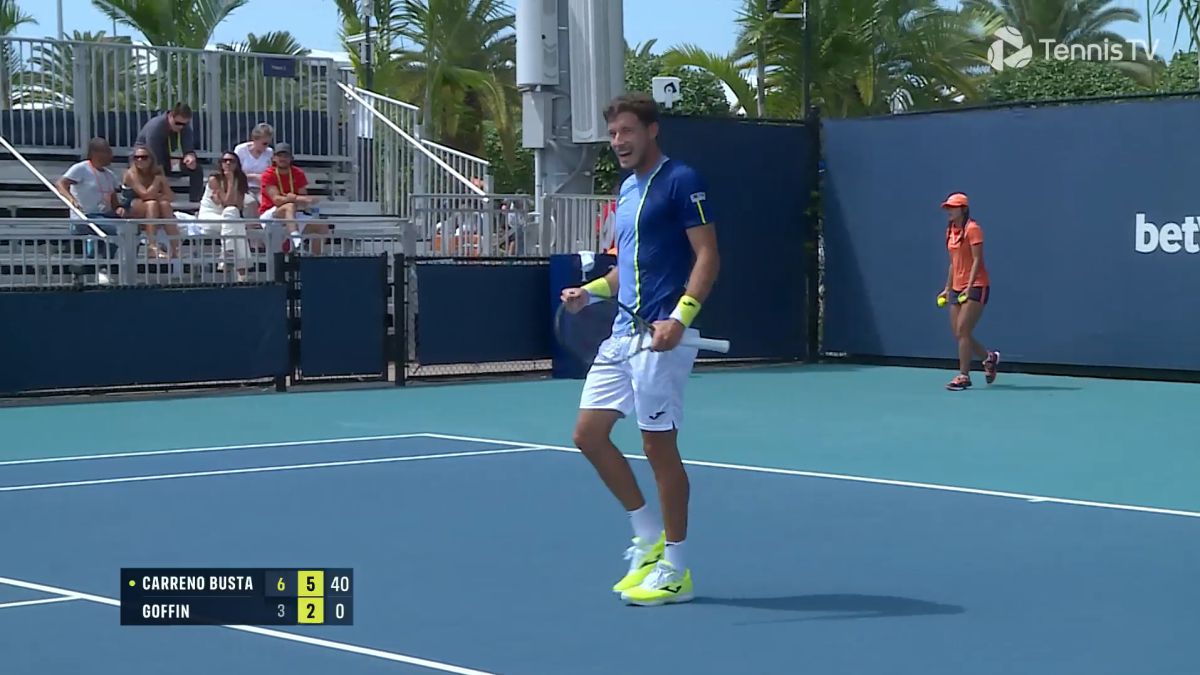 Pablo Carreño was happy at the Masters 1,000 in Miamito which he returned four years after being a semifinalist in 2018 (Alexander Zverev eliminated him) and did it in a big way, with a overwhelming victory in two sets against the former top-10 David Goffin: 6-3 and 6-2 in 69 minutes.

The 31-year-old Belgian, who was number 7 in the world in 2017, is now number 70 and his level is far from the one that took him that year to fight for the title of the ATP Finals, which Grigor Dimitrov took. But that does not detract from what the man from Gijón did on the court, with a clean and powerful blow that overwhelmed his rival, especially from the middle of the first set, when he obtained his first break. Three seasons ago, David won in three sets in the round of 16 in Tokyo, now the balance between the two is dominated by Carreño (3-2).

The Life of Pablo 🎶

No.17 seed @pablocarreno91 moves into the Miami third round with a 6-3 6-2 win against Goffin#MiamiOpen pic.twitter.com/B51pSH2kT7

From then on, everything went smoothly for Pablo, who awaits a rival for the third round: the Finn Emil Ruusuvuori (0-0 in the head-to-head) or the Italian Jannik Sinner (1-0 for the Spaniard). Injuries in 2019 and 2021 and the suspension of the tournament in 2020 due to the pandemic kept him from competing in Florida and now he returns with renewed spirits and ambition, from what was seen on court 5.