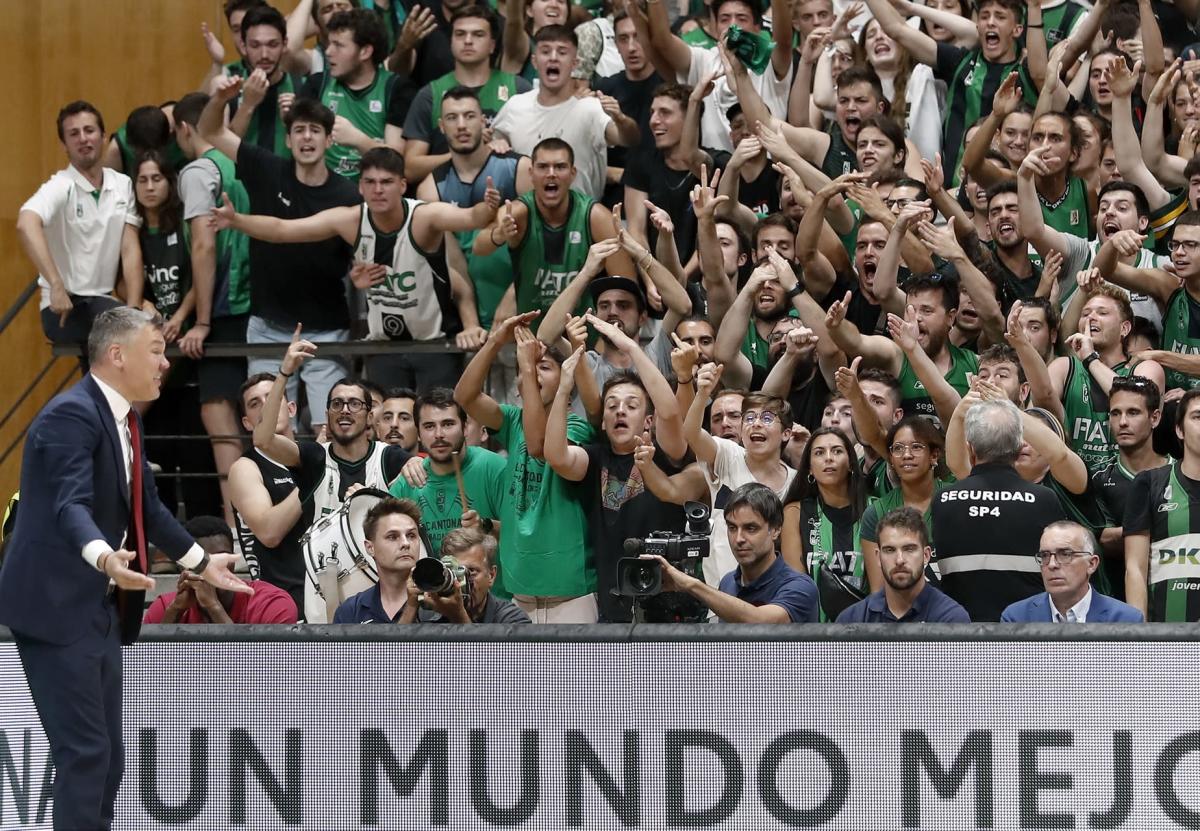 Badalona (Barcelona), June 9 (EFE).- Barça will try this Friday (9:00 p.m.) in Badalona to sentence the Endesa League semifinals to the first (2-1) against a Joventut that reaches the limit but will not give its arm to twist to force the fifth game, which would be played on Sunday in Barcelona (6:30 p.m.).

The Catalans now have the upper hand after their victory in the third game (77-83) at the Olímpic in front of 10,300 fans, who pushed a Penya who could do little to cope with the defensive intensity and aggressiveness shown by his rival during 40 minutes.

With a shorter rotation than that of their rival, Joventut will have to recompose themselves physically and Carles Duran look for alternatives so that Barça does not take the baton of the game again.

The heavyweights of the Barça team took a step forward, with Nikola Mirotic in the lead (18 points, 7 rebounds and a PIR of 27), well supported by the recovered Cory Higgins (13 points) and Nick Calathes (5 points and 6 assists). ), author of the decisive triple 39 seconds from the end.

In addition, Barça added elements to their cause, such as Kyle Kuric, who woke up from the three-point line with two baskets from three attempts in fifteen minutes.

La Penya, however, failed two of the three key players in the victory in the second game. Andrés Feliz, with a sprain in his left ankle, went 0 for 8 from the field, while Nigel Hayes-Davis and Nikola Mirotic annulled Joel Parra (4 points, all from the free throw line in 28 minutes).

Carles Duran did not play Brandon Paul or Vladimir Brodziansky, fresh from his right ankle injury, and there, especially in the case of the American, some strategic change could come in the green-and-black game.

Unlike the second match, Barça prevented Joventut from running frequently and scoring easy points on the counterattack, thanks to the lower number of turnovers, the control of the rebound (30 to 34) and the use of tactical fouls, celebrated from the press room by Jasikevicius.

“We always do much better when we load ourselves with fouls, when we sacrifice ourselves. It’s a matter of mentality. You have to make fouls, know how to suffer, but also be intelligent to stop counterattacks without being unsportsmanlike. These are details that take away 8 or 10 points , which in our profession is a life”, assured the Lithuanian coach.