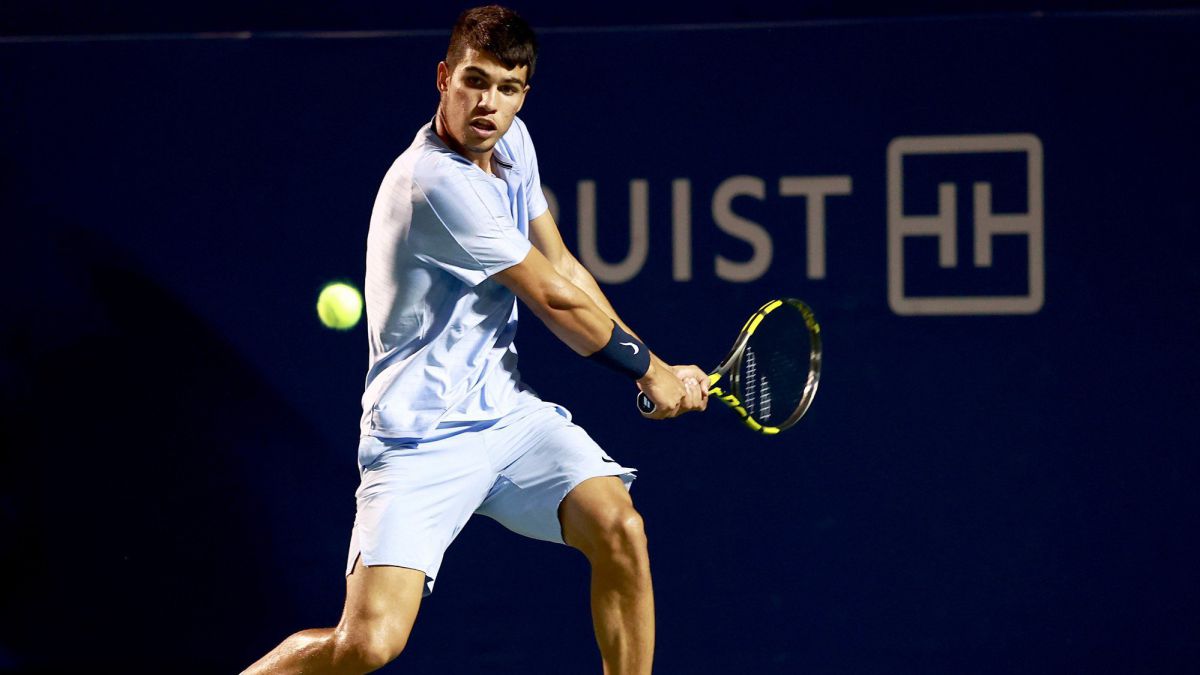 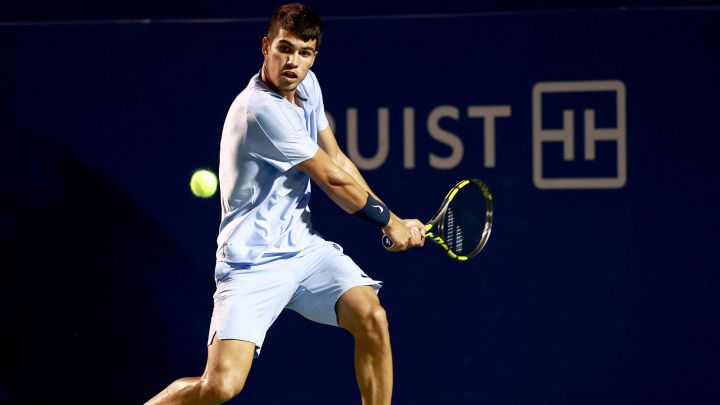 Carlos Alcaraz continues his progression in the world of tennis before taking on his first adventure at the US Open. The Murcian tennis player is already in the quarterfinals of the Winston-Salem tournament, the last tournament prior to the US Open, after beat Hungarian Marton Fucsovics, fourth seed for the title, in the round of 16, 6-3, 0-6 and 6-2. It is the third time that Alcaraz has reached the quarterfinals of an ATP tournament this season after doing it in Marbella in April and in Umag, where he was proclaimed champion, last July.

The meeting began with Alcaraz and Fucsovics very aggressive and looking for the break of service in this first set. However, the only one who would achieve the break would be Alcaraz, who in the eighth game would break Fucsovics’ serve to close the first set with his serve on the first set ball that he had by 6-3.

However doubts began to surface in Alcaraz in this second set when, After some bad percentages with his serve, Fucsovics managed to break the service the three times that the Murcian served and did not fail with his serve to take the second set by a resounding 0-6 and thus force the third and final set.

In the decisive heat Alcaraz displayed his best version and showed off his aggressive tennis to break Fucsovics’ serve on two consecutive occasions and take a 4-0 lead. Despite Fucsovics’ attempts to react to the rest, Alcaraz was very firm when facing the break balls against (he saved 11 of 14 in the whole match) before closing the set and the meeting with his serve with the second match ball he had 6-2. In the quarterfinals Alcaraz now awaits the American Marcos Giron, who defeated Frenchman Pierre-Hugues Herbert 4-6, 6-3 and 6-3.

Alcaraz himself spoke about the roller coaster that was the match in the statements at the foot of the track at the end of the tournament. “It was a great game but also very tough. In the second set I completely fell apart and I managed to improve my serve a bit at the beginning of the third. I thought I could do it and I am very happy for the victory. In this game I have not felt very comfortable with long exchanges. I tried to hit as hard as I could to make the points shorter. “

Another of the surprises of the day in Winston-Salem was the defeat of the British Daniel Evans, who was beaten in two sets by Frenchman Richard Gasquet 6-4, 7-6 (4). Gasquet will face Finn Emil Ruusuvuori in the quarterfinals, who beat Frenchman Benoit Paire in three sets 6-4, 4-6 and 6-1. Gasquet or Ruusuvuori could be rivals of the Spanish Pablo Carreño in the semifinals.

In the other quarter-final crossover, the Swedish Mikael Ymer (he beat Max Purcell 7-5 and 6-2) and the American Frances Tiafoe (he beat Thiago Monteiro 7-5 and 7-6) will meet. (2)). Ymer or Tiafoe would be the possible rivals of Carlos Alcaraz in a hypothetical semifinals.