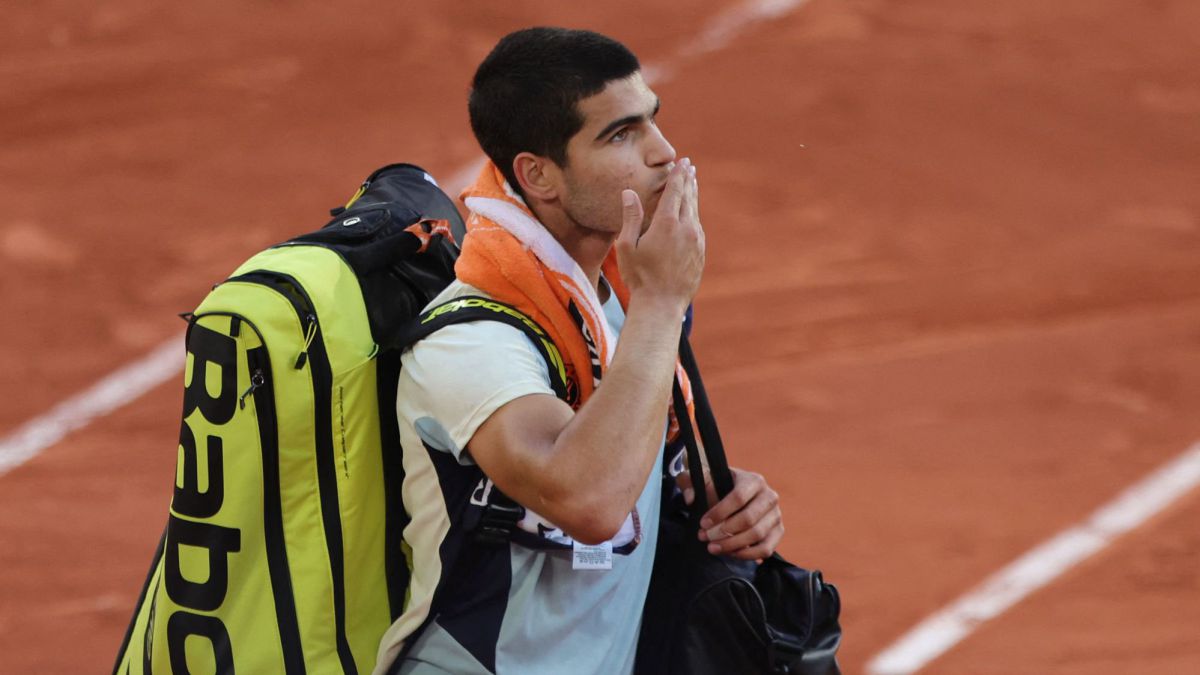 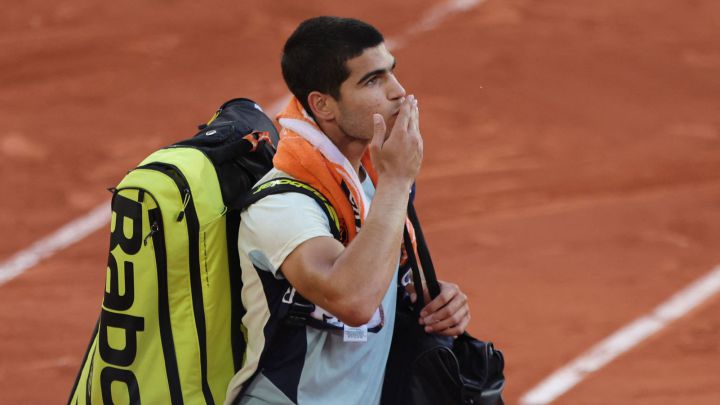 The dream ends in Paris, but many others follow. Carlos Alcaraz was unable to access the semifinals of the Musketeers Cup after losing to Alexander Zverev in a tough, hard-fought match that, by very little, he did not reach the fifth set. A new “lesson” for his learning, as he himself remarks, and one more sign that his progression is on the right track. After the defeat, the El Palmar prodigy spoke to the mediadrawing many positive conclusions from his time at the Grand Slam.

Favoritism: “I have not thought at any time that I was the favorite, and despite today’s defeat I still feel that I can win a Grand Slam. I feel that I have the level. Details have escaped me and I have to learn, but it has not weighed me down the feeling of being one of the favourites”.

Zverev’s experience: “I have lacked the level to beat Zverev, who has already played a Grand Slam final, a semifinal here and who is already seasoned in this type of situation. I should have started better. In the third and fourth I started to play better, but it wasn’t enough. I started late, and although in a major you have opportunities to turn it around, even if you’re two sets down, you’re trailing. I should have started with more rhythm and given him the feeling that he was there”

Play five sets: “Well, I would say you have more time to get back in the match. I mean, if it had been in another type of tournament I would have lost and in a Grand Slam I have had the opportunity to come back. I had chances to play a fifth set today. At the same time, it’s more difficult, because it costs more to maintain concentration, to maintain the level for three, four, five hours in a Grand Slam. I would say that’s the difference”.

Things to improve: “Well, I have to learn the lesson today. It was a hard and close match, I think. I could say that I didn’t start well, and at this level, quarterfinals of a Grand Slam, you are playing against the best players in the world, so that you have to start the match better than I did today. I have to learn. I have to improve for the next Grand Slam or the next few matches. But I would say that I am not very far from reaching a semi-final or being able to win a Grand Slam. I would say I have the level, I have the confidence to win a Grand Slam or go to the semi-final next time.”

How to overcome defeat: “This game is not going to be difficult for me, I’m not disappointed by this game. I’m just going to try to take the positive things from the game and, of course, the bad things I did, to improve for the next games or the next ones.” tournaments or next Grand Slams. I could say that I was close to a good match, close to a fifth set, and in the fifth set everything could be a passor. I’m going to, as I said, learn from this match. It was my second quarter-final in a Grand Slam, and I think I fought until the last ball and I hope that in the next Grand Slam, in the next quarters, I will do better and increase my chances of going to the semifinals”.

Analysis with Ferrero: “Well, Juan Carlos told me the things that I have to improve for the next tournaments, for the next matches, the next Grand Slams, which are difficult to play. For a Grand Slam, for a final, you have to play against the best players. in the world, and you have to stay focused or maintain your level during the four or five hours. I have to improve today’s level”.

Rooms in a grance: “I have learned to play a few quarters of a Grand Slam. The previous time (at the US Open last year) I had to leave injured, and today has been a totally different feeling, today I have been able to play. At this point you play against the best and I think it’s positive to live in these situations and these types of moments. You have to know how to find your level in this type of situation”.

Best moments in Paris: “Well, I enjoyed it a lot, even losing. Playing in front of so many people, playing in these types of tournaments, these types of courts… it’s amazing for me. I train for these moments. I compete with the best players in the world, I fight to access to the final of a Grand Slam, so it’s amazing. That’s why I’m training, that’s why I’m playing tennis, to keep dreaming, to have opportunities to be in the best tournaments in the world.”

Public: “I have felt very loved by all the people. I can’t ask for anything more. From the beginning I have felt all the affection and I hope to continue coming here and have the people on my side”.