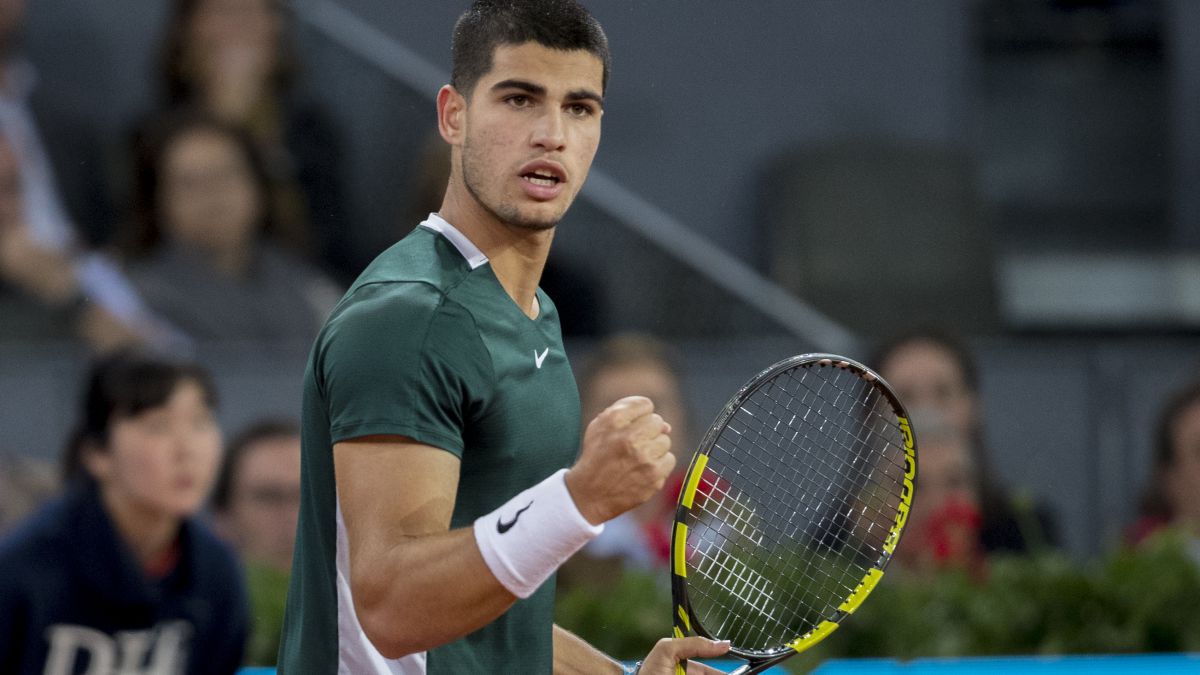 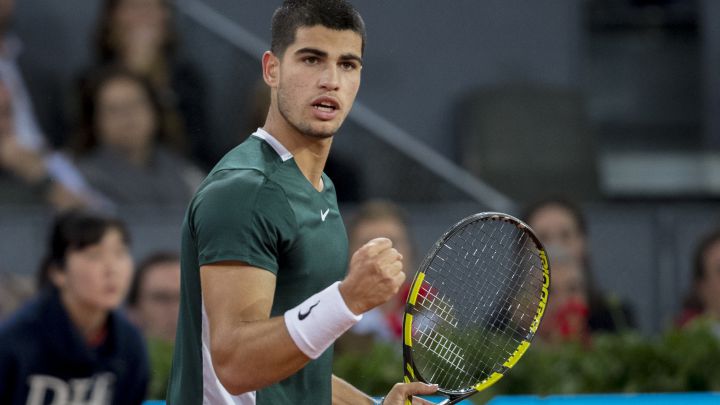 Barely ten minutes after sentencing his victory in the second round of the Mutua Madrid Open against Nikoloz Basilashvili, Carlos Alcaraz from Murcia spoke to the media. Just 24 hours after his 19th birthday, Carlitos was satisfied with the level shown in his debut in this edition. The game ended after midnight, something that Alcaraz said is not “ideal for recovery.” These are the statements of the Spaniard at the end of their meeting:

Contact: “Very happy to have won the match, he was a very difficult player who hits hard. We had to keep up the pace and try not to let him dominate. The beginning of each set cost me, but in the end we got him out.”

Spectacular Point: “I am a player who fights until the last ball, the spirit of fighting every ball makes me get these points. That all the people got up has been incredible, spectacular”.

Communion with the public: “I have felt very supported, I have felt the affection of the entire Caja Mágica. I feel lucky to live these kinds of moments and that people love me so much. Without words that there are so many people at this time, that people stayed to watching my game and cheering me on is something I really appreciate. If they told me a while ago that this was going to be like this, I wouldn’t have believed it, that so many people at this time on a Tuesday were watching my game, I’d tell you that you’re crazy” .

Play sooner: “Obviously, between one thing and another, I will go to bed very late, for recovery it is not the most ideal. I prefer to play earlier and finish earlier.”

How was the day: “In the morning I took it very easy, I moved around a bit. I already knew I was going to play late, so I didn’t come to the club until late in the afternoon. With my team, laughing”.

Quarterfinals against Nadal: “It would be very nice. In the end this is a Masters 1,000, here are the best players in the world and both Rafa and I have to show a good level”.