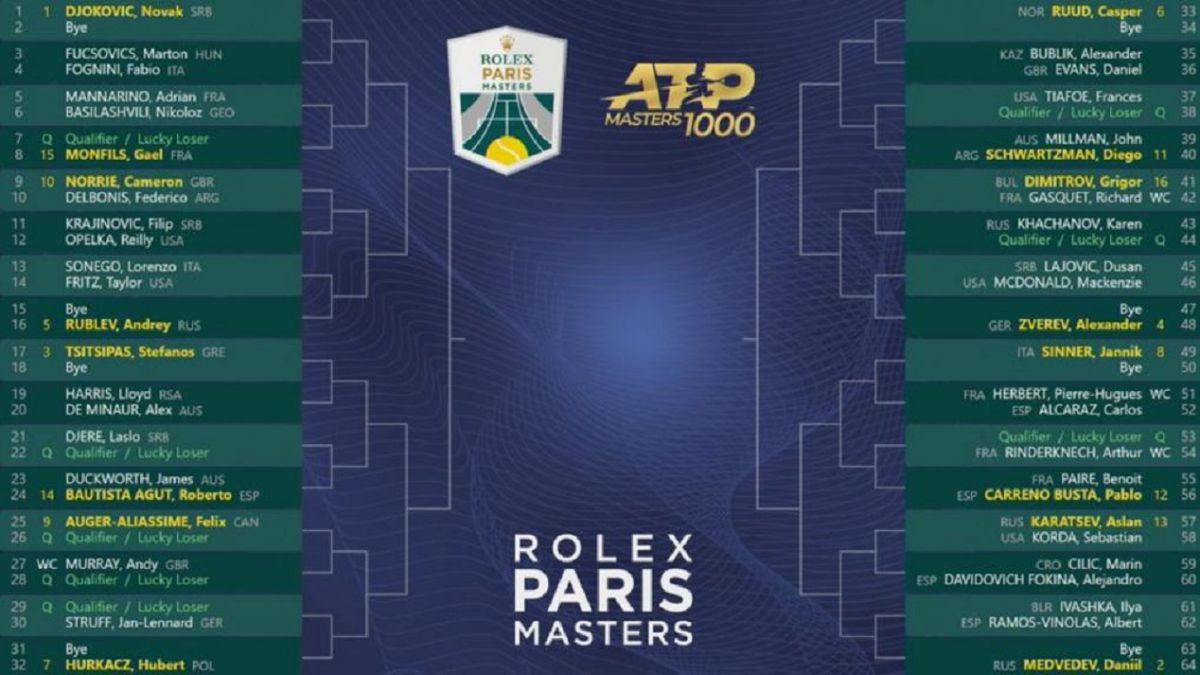 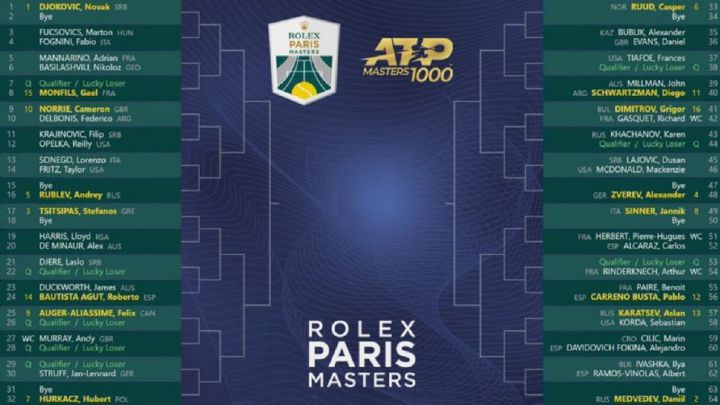 World No. 1 Novak Djokovic could cross No. 5 Andrey Rublev in the quarterfinals of the Masters 1000 in Paris-Bercy, which starts on Monday, and whose final table was drawn this Saturday. Exempt from the first round like the other seven seeds, the Serbian will face the winner in the second round of the match between the Hungarian Marton Fucsovics (39th) and the Italian Fabio Fognini (36th).

The winner of three Grand Slam in 2021 could meet the Russian Rublev, which he has never faced in an official tournament, in the quarterfinals. On the other side of the picture, In the absence of the previous ones, the Spanish Pablo Carreño, Albert Ramos, and Carlos Alcaraz could cross their way to the final with the second seed, the Russian Daniil Medvedev, winner of the US Open in September.

On the side of Djokovic’s box, Roberto Bautista will start against Australian James Duckworth. Argentine Diego Schwartzman will debut against Australian John Millman, and his compatriot Federico Delbonis against the British Cameron Norrie. The ‘Peque’ would not see the faces with Medvedev until the semifinals, and with Djokovic until a hypothetical final.