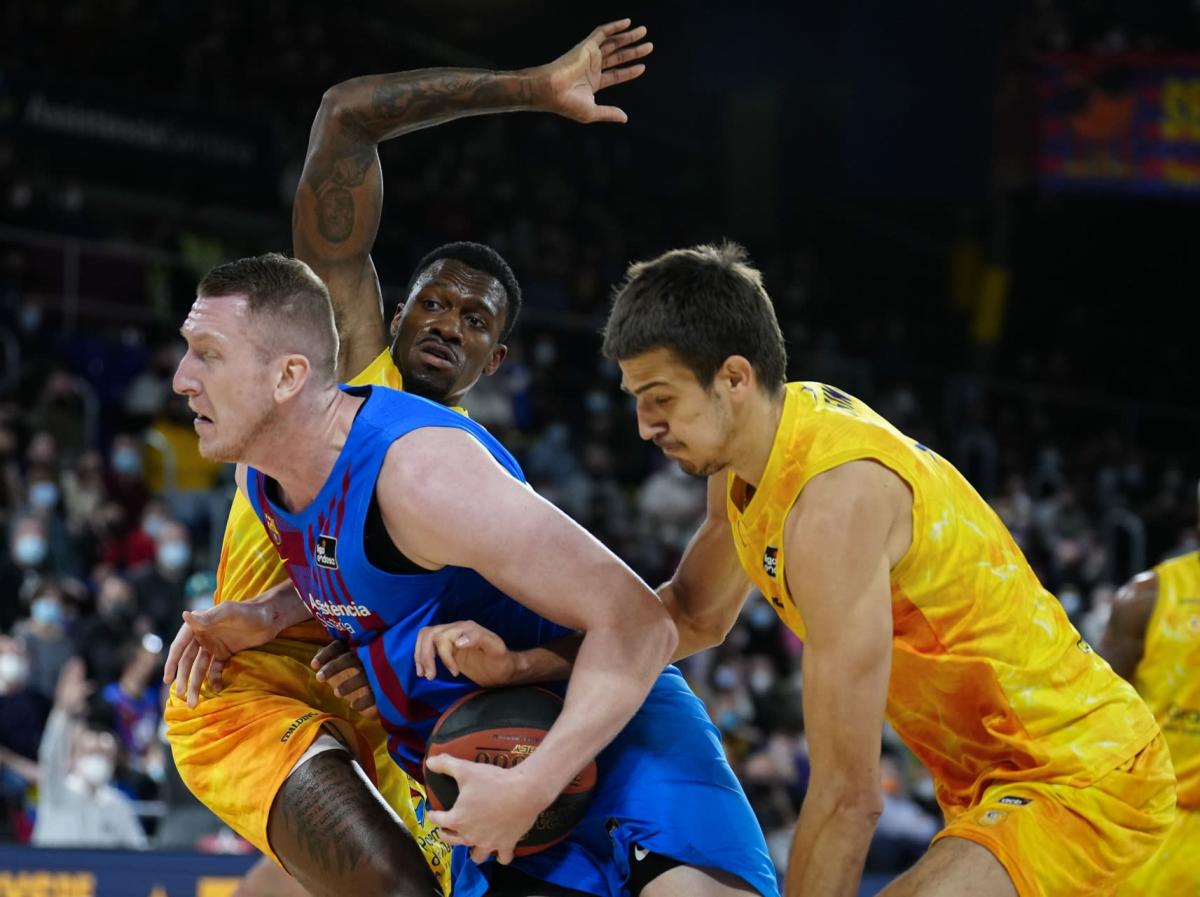 Barcelona, ​​Mar 20 (EFE).- Barça consolidated its status as leader of the Endesa League by running over Gran Canaria this Sunday at the Palau Blaugrana who did not put up a fight, losing by more than thirty points at half-time (61-28) and ended up falling by 98-80

This victory, added to the defeat of Real Madrid at the Baxi Manresa court (75-86), extends the advantage of the Barça team in first position (19-4) ahead of the white team (18-6).

The Catalan team stepped on the accelerator in the first quarter (28-16) and settled the game before the break with a 33-12 run, based on a lethal 9 of 16 triples, which reduced the last two quarters to a mere formality .

Shooting guard Álex Abrines had his best performance of the season by scoring 20 points (5 of 6 in triples), seconded in the Barça team by forward Nigel Hayes-Davis (15 points), while Olek Balcerowski stood out in Gran Canaria’s attack (16 points) and former Barcelona player Artem Pustovyi (10 goals).

This Sunday was a very special game for the Ukrainian, who was returning to Barcelona for the first time after three seasons at Barça and received a warm welcome. His name was applauded at the presentation and the Barça captain, Pierre Oriola, gave him a special shirt with his number ’14’ and the slogan “Stop the war” (“Stop the war”).

The center of Gran Canaria starred at the start of a scoring face-to-face with Barcelona’s number ‘5’, Rolands Smits, both monopolizing the first points of the game (9-6, min.4).

The appearance of power forward Nikola Mirotic, with four points in a row (15-6, min.6), forced Porfi Fisac’s first time-out, but the pause was insufficient to break the streak of the Spanish-Montenegrin, who made the Barça with three triples without fail (24-10, min.8).

Brandon Davies closed the first quarter with a basket over the buzzer (28-16), while the three-pointers by Álex Abrines (3) and Nigel Hayes-Davis delved into Gran Canaria’s problems in exterior defense (44-18, min .fifteen).

Barça did not take their foot off the accelerator and continued to function like a perfect machine regardless of the quintet. They all worked their butts off in defense and the scoring flowed, until reaching a maximum lead of 61-26 at the stroke of half-time for the martyrdom of an overwhelmed Gran Canaria with no answers.

Abrines came back from the break with eight points in a row (69-30, min.23), but Gran Canaria was proud to mitigate the debacle at the end of the third quarter led by seven points from John Shurna (80-55).

Olek Balcerowski, with 14 points in the last quarter, led Gran Canaria’s pride exercise, which made up the score in the last period (98-80) and won the second half by 37-52.

Incidents: Match of the twenty-fifth day of the Endesa League played at the Palau Blaugrana before 4,850 spectators.