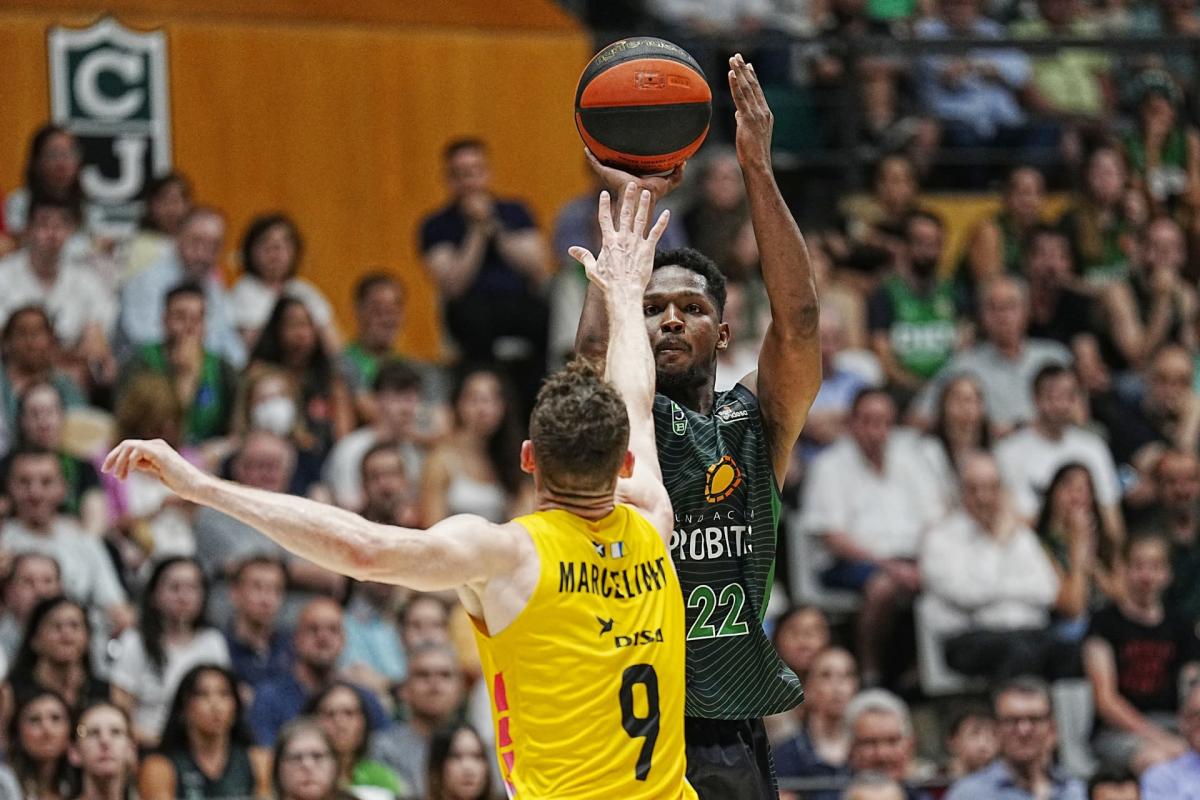 Badalona (Barcelona), May 31 (EFE).- Joventut will play one of the semifinals of the Endesa League against Barça after winning (81-58) against Lenovo Tenerife in a third match of the quarterfinals that they had in Ante Tomic ( 17 points and 11 rebounds) and Andrés Feliz (16 points) to his great protagonists.

Supported by more than 9,000 followers, La Penya put more energy and offensive arguments on the Olímpic parquet than the Tenerife team, who with 9 of 34 triples and 18 rejections lost under their hoops was always far from the local game

The story of the first game was repeated in the first part of the third, with Joventut clearly dominating the game from their defense and Lenovo Tenerife conditioned by their disastrous success in the triples, especially in a first quarter in which they made 1 of 11 and only got five points.

La Penya did not take advantage of his rival’s errors in the first quarter to lengthen the difference beyond eleven points (13-2, min. 10).

His pivots -Tomic and Birgander- were not successful near the rim with a 1 of 8 and the people from Tenerife reduced the difference to eight points (13-5) after his first triple, the work of Sasu Salin.

Tomic started scoring at the start of the second period and the triples by Parra and Andrés Feliz launched Joventut to a maximum lead of 17 points (28-11, min. 16).

Tenerife continued without improving in the triple and Shermadini and Guerra hardly had any options under the hoops. Parra and Feliz -21 points between them- were the green and black leaders, who ended up going into the break sixteen points up (38-22).

The game script did not change after the break. La Penya continued adding easy baskets and Tenerife betting on the line of 6.75, with Sasu Salin as the only successful player. Willis and Vives launched the black-and-white, who went up to a 22-point lead (56-34, min. 28).

The people of Tenerife, with a Marcelinho Huertas surpassed by the defense of Andrés Feliz, could not find a way to tighten the scoring. Shermadini’s best scoring streak, very subdued throughout the game, left the score at 60-40 at the end of the third period.

Four points from Tomic at the start of the last quarter left the game seen for judgment (64-42, min. 32). Lenovo Tenerife never managed to match the physical level or accuracy of La Penya, who managed to win by 26 points (81-56, min. 40).

Referees: Hierrezuelo, Pérez Pizarro and Sánchez. No eliminations. Incidents: third and last game of the Endesa League quarterfinal playoff played at the Palau Olímpic before 9,167 spectators.