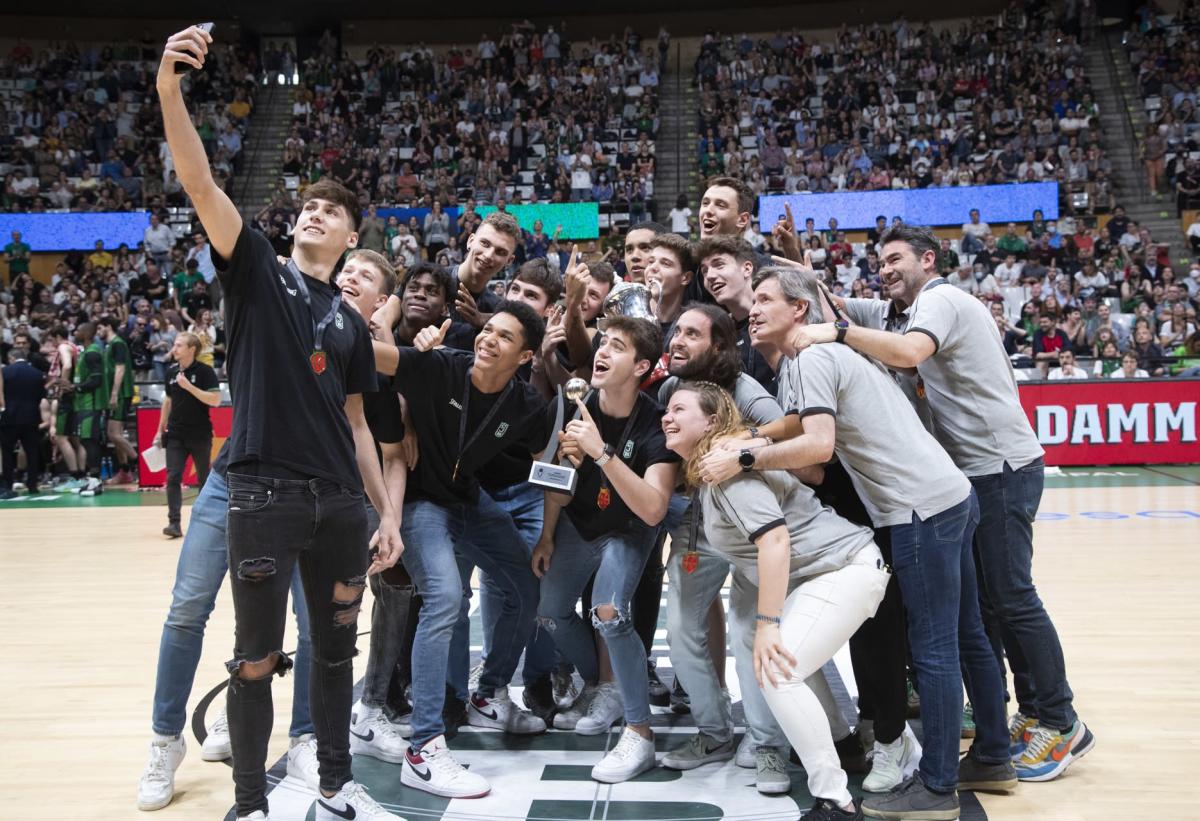 Badalona (Barcelona), May 11 (EFE).- The Monbus Obradoiro achieved in Badalona the permanence in the Endesa League by defeating (78-84) a Joventut who failed again at the worst moment before more than 9,000 fans at the Olímpic and he no longer depends on himself to be seeded in the playoffs.

The Galician team made a virtue of necessity and, led by Birutis in the first half (18 points) and by Ellenson (11 points) and Robertson (15 points) when Joventut played their best minutes in the final stretch of the third period.

Joventut’s inside game failed him -he received 35 points in the paint- and he was bad in the triple with 6 of 23. Ante Tomic (18 points) was the best of a blurred Penya.

Laurynas Birutis disarmed Joventut in the first half with her 18 points and 4 rebounds, in addition to leaving Ante Tomic with only 4 points. The 25 points scored by the Lithuanian and Viny Okouo in the paint were key for the visitors to dominate the game, especially in the second quarter (32-43, min. 19).

La Penya had many problems in the static attack and her 3 of 13 in triples condemned her to always go behind her rival, who was very clear about the weak point of the Catalan team, their defense in the paint.

The black-and-white managed to maintain equality in the first quarter (12-11, min. 6) thanks to Derek Willis, lethal when the team played against him, but he finished the first quarter behind (18-22) against the points of Okouo. They couldn’t stop either Birutis or Robertson (7 points) and that cost them control of the game.

Obradoiro was master of the second quarter with Birutis unleashed in attack (26-31, min. 15) and when Hobbs was added to score from the perimeter, he fired his lead by more than ten points (28-38, min 17).

A triple by Ferran Bassas, Penya’s best scorer in the first half with 9 points, left the score at 37-45 at halftime.

The visitors reached a new maximum difference at the beginning of the third quarter (37-49, min. 23), but Birutis’ personal third caused a radical change in the match. Parra and Tomic led Penya’s reaction, which tied the game with a 17-5 run (54-54, min. 28).

Joventut pressed on defense when they found themselves down nine (65-74, min. 35) and a three-pointer by Parra after a local offensive rebound launched the team again to cling to the game again (73-74, min. 37) after a basket of Happy.

Phil Scrubb’s hand did not shake when Joventut pressed the hardest and with five consecutive points he gave oxygen to Moncho Fernández’s team (73-79, min. 38).

He was in a hurry and the nerves overcame Joventut with time to come back from the game. Thomas Scrubb and Birutis ended up resolving the duel (75-83) one minute from the end.

Incidents: match corresponding to the penultimate day of the Endesa League played at the Pala Olímpic in Badalona before some 9,000 spectators.