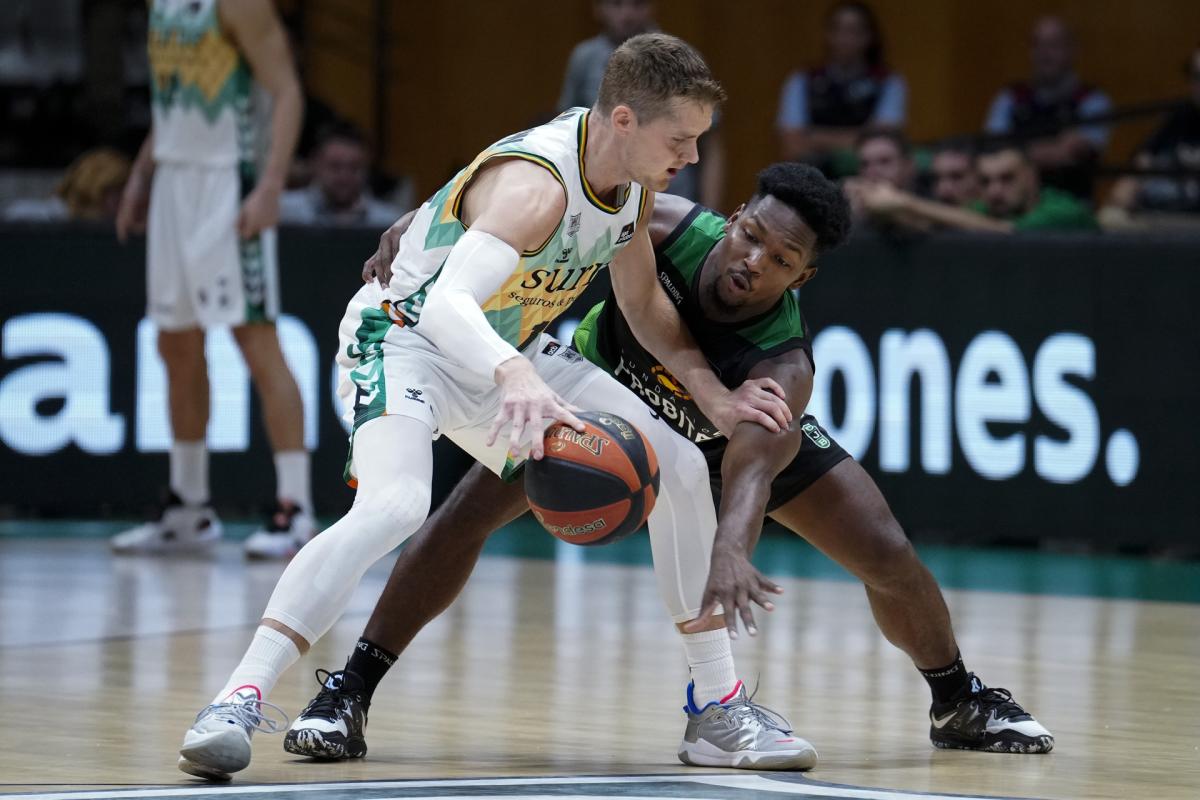 Badalona (Barcelona), Sep 30 (EFE).- Surne Bilbao gave the surprise (76-81) in Badalona by defeating Joventut Badalona in an even match that was decided in the final seconds with a basket by Adam Smith and four shots free kicks scored by Ludde Hakanson after the locals were unable to finish the match 75-72 with a minute and a half left.

Francis Alonso (19 points) and Adam Smith (16 points) were the mainstays of Jaume Ponsarnau’s team in Badalona against Penya who played a more irregular game against a very tidy opponent who only lost five balls in the entire game. Ante Tomic with 14 points was the black-and-white’s top scorer but in the second half he faded in front of the hoop and the black-and-white did not have a scoring relief for the Croatian.

The Bilbao team started better than Xavi Rabaseda, who with his points took his team to a maximum of five points (10-15, min. 6). The locals were poor in defensive transitions and were unable to stop Smith and Rabaseda on the perimeter. Between them they added 21 points in the first half.

The black-and-white reacted thanks to Kyle Guy with two triples and managed to tie the game at the end of the quarter (21-21) after a basket by Birgander.

The tie was maintained in the early stages of the second quarter (25-25, min. 12) but Ante Tomic’s irruption in attack -12 points in the first half- and Ventura’s good defense against Adam Smith changed the sign of the match .

Joventut went up to a maximum difference of eleven points (47-36, min. 19) with Parra reaching eight points, but he got lost in the minute and a half before the break, which made Surne Bilbao leave the difference in five points (47-42).

The Basques had more consistency in their game while La Penya lost annotation without Tomic on court. Three three-pointers by Alonso turned the scoreboard around (60-61, min. 30) but La Penya reached the last quarter ahead (63-61) with a three-pointer by Guy.

Surne Bilbao held on to the match at the hands of Alonso and Withey, who controlled Tomic in the final stretch, and Joventut complicated the match after Albert Ventura missed two free throws with the score at 75-72 at 1′ 27″ from the conclusion.

Two free throws by Alonso and a basket by Smith put the Bilbao team ahead (75-77) with 30 seconds to play. Feliz missed a free throw to equalize the score (76-77) and Hakanson did not spare from the free throw after Rabaseda forced a fight that favored his team by stealing a ball from Guy when Penya tried the triple to force the extension.

Incidents: match corresponding to the first day of the Endesa League played at the Palau Olímpic in Badalona before 4,638 spectators.