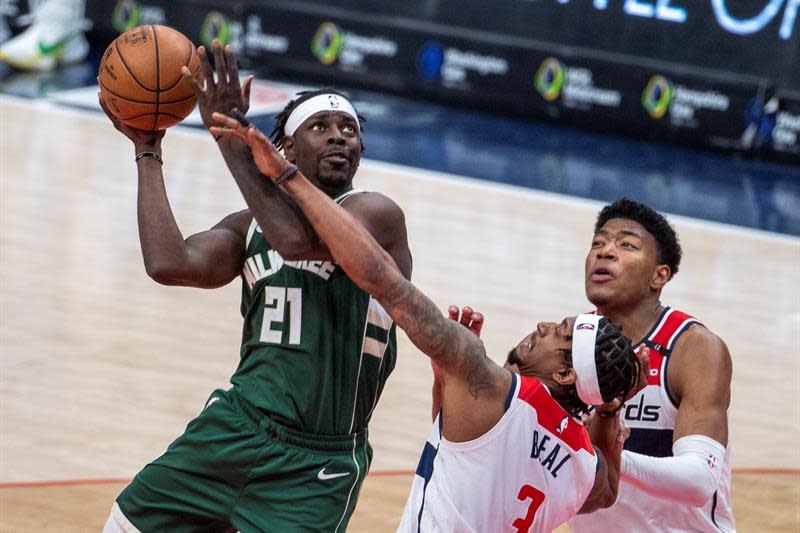 Milwaukee (USA), May 5 (EFE) .- The point guard Jrue Holiday contributed 29 points and the Milwaukee Bucks beat Russell Westbrook’s triple-double and beat the Washington Wizards 135-134, in what was their fourth consecutive win.

The Bucks’ victory (42-24) places them just one game behind the second place in the Eastern Conference held by the Brooklyn Nets (43-23), who had a bye.

Greek power forward Giannis Antetokounmpo also had 23 points with nine rebounds and eight assists that made him second-best scorer on a list of seven Bucks players who had double-digit numbers.

Westbrook had 29 points, 17 assists and 12 rebounds for his 179th triple-double. However, the Wizards fell for only the fourth time in their last 17 games.

Now, Westbrook is two triple-doubles behind Oscar Robertson, who had 181 and is the leader in NBA history, with the Wizards still six games away from the end of the regular season.

This season, Westbrook has 33 triple-doubles, including five in the last six games.

The only time Westbrook didn’t hit double-digit numbers in three different statistical sections during this six-game streak was on Saturday, when he had 42 points, 10 rebounds and nine assists.

Washington lost that game 125-124 to the Dallas Mavericks.

Along with Westbrook, guard Bradley Beal was once again the leading scorer for the Wizards, scoring 42 points, including three triples, grabbing three rebounds and delivering three assists.

Despite the loss, the Wizards (30-36) remain tenth in the Eastern Conference standings with the right to play in the playoff entry tournament.