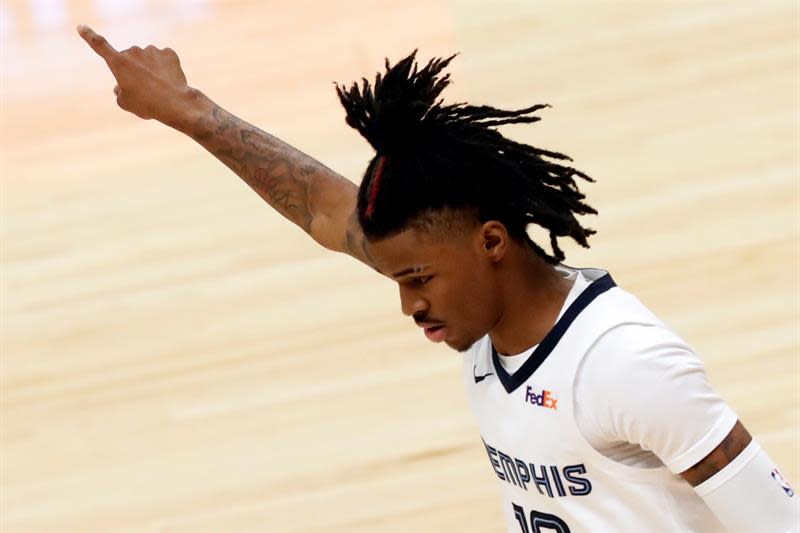 Lithuanian center Jonas Valanciunas, back after missing three games due to concussion protocol, immediately stood out in the inside game with a double-double of 21 points and 10 rebounds.

While guard CJ McCollum scored 27 points with the Blazers, who have lost five consecutive games and nine of the last 11 played, which has cost them to drop to seventh place in the Western Conference, half a game ahead of Memphis.

Bosnian center Jusuf Nurkic finished with a double-double of 16 points and 19 rebounds that did not prevent the defeat of the Trail Blazers.

Sunday’s game was the second of three meetings between the two teams in less than a week. Morant also added a double-double of 33 points and 13 assists in Memphis’ 130-128 road win over the Blazers on Friday.

Memphis put the lead up to 16 points in the third quarter, but Portland managed to reduce it to just two goals (92-94) with a triple by veteran Puerto Rican power forward Carmelo Anthony with just over 10 minutes to go. It was Anthony’s fourth straight triple.

But Portland lost its scoring inspiration again and the Grizzlies went on a 10-0 run to lead 92-104 after forward Dillon Brooks’ 3-pointer with 8:35 left. Another jump shot from Brooks put him at 96-111.

Portland bounced back to the 111-114 run with a Nurkic layup and a free throw with 58.3 seconds left.

After Morant’s free throws, forward Norman Powell’s layup made it a three-point game. Morant added another pair of free throws before Damian Lillard missed on a 3-point attempt that would have forced overtime.