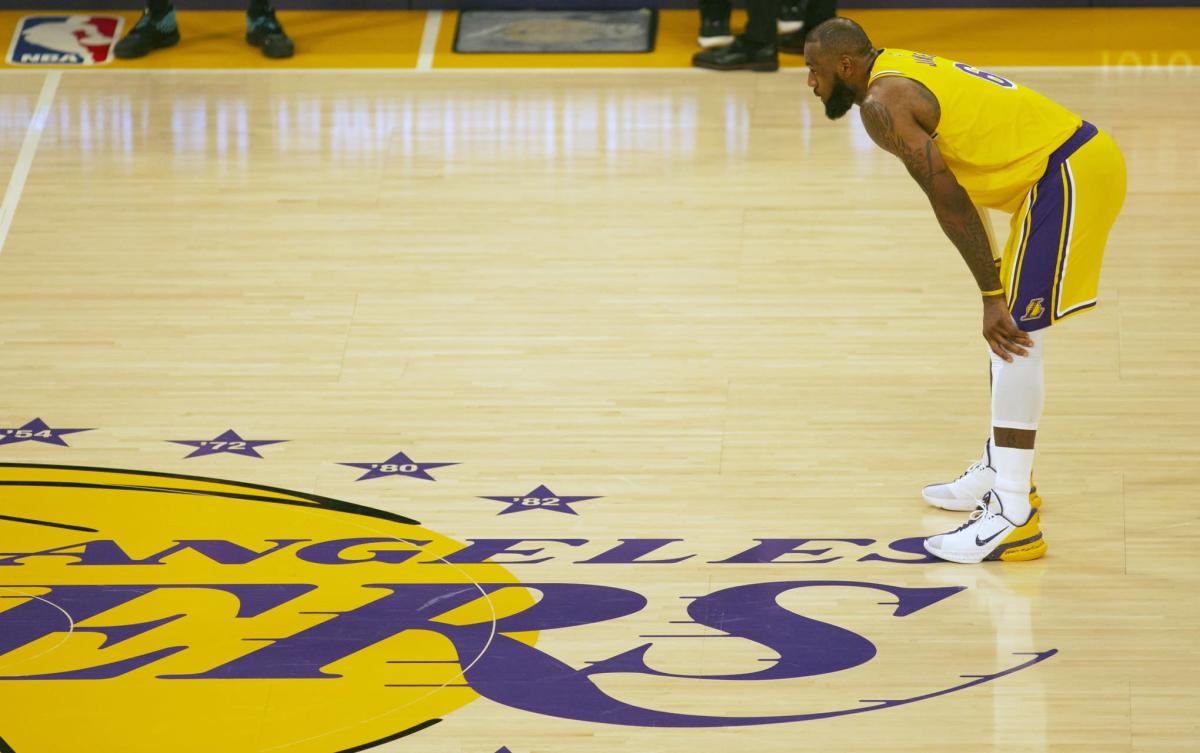 Los Angeles (USA), March 14 (EFE).- The rival changes every night, but the debacles accumulate without end. Just one day after melting down against the Phoenix Suns (140-111), the Los Angeles Lakers sank this Monday against the Toronto Raptors who only suffered slightly in the last minutes of the game (103-114).

Much more athletic, powerful and determined, the Raptors destroyed the Lakers in the first quarter (12-33) and placidly moved around 20 points during the match.

The wounded pride of the Lakers came out in the final stretch until they were within 9 points, but the Toronto team remained calm to add their fourth consecutive victory.

Since the All-Star, the Lakers (29-39) have only won 2 of their 10 games (the 2 in which LeBron James scored more than 50 points) and remain ninth in the West still in some danger of being left out of the play -in.

LeBron (30 points and 9 rebounds) and Talen Horton-Tucker (20 points, 5 rebounds and 5 assists) stood out for the Lakers.

The first quarter was a condensed and painful summary of the misfortunes that plague the Lakers.

Terrible apathy in defense, LeBron alone against the world in attack, numerous mistakes, lack of attitude and forcefulness in each clash…

With this panorama, the Lakers were quickly dispatched by some Raptors who did not wait for their rivals to get their act together (2-13 with 8.59 to go).

With 6.53 in the first quarter, Frank Vogel had to request his second timeout when he saw that the Raptors were massacring them (2-19).

Far superior physically and with a radically different attitude to that of the Lakers, the Raptors let themselves be guided by Scottie Barnes (15 points and 7 of 8 shooting) who did whatever he wanted in those twelve minutes.

The score after the first quarter (12-33) only partly reflected the disaster of a depressing Lakers in all facets: 3 of 25 in field goals, 0 of 13 in triples and 18 points conceded in the paint.

The Lakers’ boat was leaking everywhere, but a good example of their sinking was that they missed 16 straight three-pointers before making their first three-point shot with 7:30 to go before halftime.

The best representation of Los Angeles frustration was played by LeBron James when, after the umpteenth offensive rebound for the Raptors, he angrily hit the ball several times on the ground to demand more from his teammates.

It seemed to have an effect, since the Lakers, with renewed energy, offered a more dignified image in a second quarter in which they got to within 13 points.

However, a bad finish in the second quarter put the score back in the area of ​​20 points in which the Raptors lived without worries (40-58).

Scottie Barnes (17 points) and Pascal Siakam (11 points) were the best of a Raptors team that dominated the rebound in the first half (32 for 22) and were clearly better in shooting (46.8% shooting from the field vs. to 26.7%).

No Angeleno player reached 10 points in the first half (Russell Westbrook was the most outstanding with 9 points).

After the break, the Lakers confused intensity with precipitation and with 9 minutes to play in the third quarter they were already in bonus.

LeBron tried to ignite the spark of the comeback from the triple, but Gary Trent Jr. (15 points in the third quarter) was too much for the homeless defense (54-81 with 4.08 to play).

The Canadians flirted with a difference of 30 points in the third quarter, but a three-pointer at the buzzer by Talen Horton-Tucker left the distance at “only” 20 points (71-91).

With the support of Horton-Tucker, LeBron continued to row in the last quarter and the Lakers came within 9 points (97-106 with 2.19 to go).

However, the Raptors left no room for surprise and set the stage for a new night of tears for the Lakers.