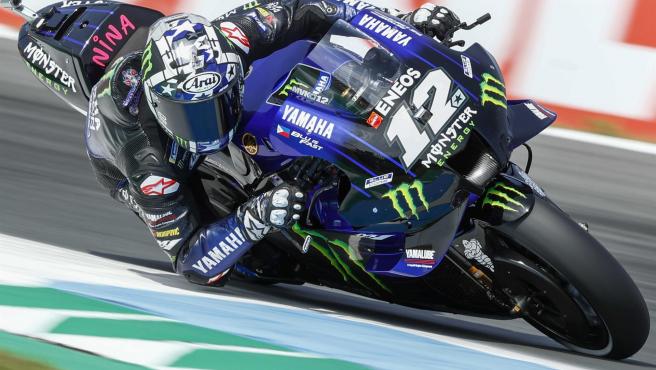 Yamaha has decided get off the bike to the Spanish Maverick Viñales considering that in the previous race of the MotoGP Styrian Grand Prix he forced a mechanical failure in his YZR M 1, endangering the rest of the riders.

Maverick Viñales, who announced after the Netherlands race that would not continue with Yamaha in 2022, he will not be substituted by any other driver in the second race from the Red Bull circuit in Spielberg.

In a statement released Thursday prior to the Austrian MotoGP Grand Prix at the Red Bull circuit in Spielberg, it states: “Yamaha regrets to announce that Maverick Viñales’ entry at this weekend’s Austrian GP has been withdrawn by the Monster Energy Yamaha MotoGP team “.

And he assures that “the absence occurs after the suspension of the pilot by Yamaha due to the unexplained irregular operation of the rider with the motorcycle during the Styrian race last weekend. “

“Yamaha’s decision is the result of an exhaustive analysis of telemetry and data from the last few days,” the Japanese manufacturer explains in that note.

🗣 “I was very comfortable, fighting with Marc, Fabio, Mir … I was having a great time! Then I made the start as I do every time and the bike stopped”

The conclusion reached by Yamaha is that “the rider’s actions could have caused significant engine damage to your YZR-M1 motorcycle, which could have caused serious risks for the pilot himself and possibly pose a danger to everyone the other MotoGP riders during the race. “

In addition, the note from Yamaha states that further decisions regarding the future of Maverick Viñales with them until the end of the season, when both parties have decided to terminate by mutual agreement your contract will be taken later.

“Decisions regarding future races will be made after a more detailed analysis of the situation and further discussions between Yamaha and the rider,” the note explains.