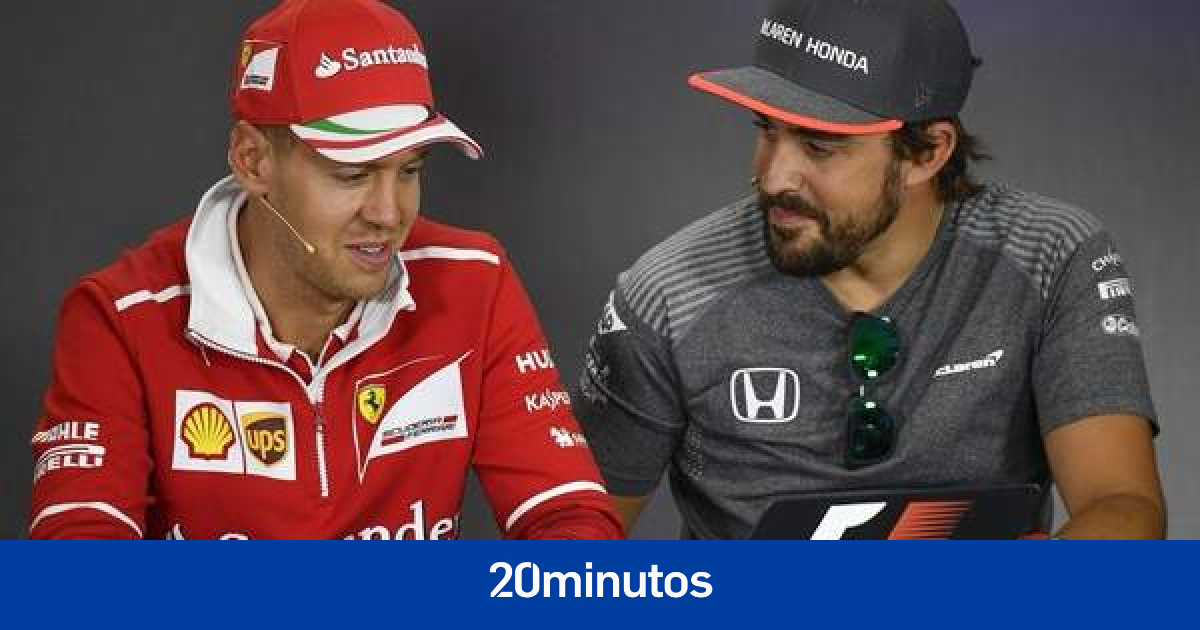 The German Sebastian Vettel He never leaves Formula 1 lovers surprised, and more so after his latest statements. In them, the German assured that he really enjoys competing against Fernando Alonso for which he feels great admiration since according to Vettel “He did something that he thought was impossible” what it was like to beat Michael Schumacher.

“I enjoy racing against him. In the first race this year, when Fernando returned, we had a wheel-to-wheel battle and I was in the cockpit smiling because I’m looking forward to seeing more this year and I think we’ve had some already. I think I always enjoyed fighting Fernando. At the Hungaroring in 2003 I was in front of the television and I remember watching it. I think his talent is undoubted, his skills on the track are among the greatest that this sport has seen.“Vettel admitted.

Fernando Alonso won his F1 World Cups in 2005 and 2006, when seven-time champion Michael Schumacher was the rival to beat and the Spaniard succeeded. “Alonso did something that I thought was impossible to do, which was beat Michael (Schumacher) because when I grew up Michael was the best, number one, and he seemed impossible to beat. and Fernando started to beat him, so I think it was a great achievement ”.

Previously Alonso had also revealed his attachment to German. “Honestly, there is a lot of respect between us. We have fought hard at times on the track and we have also fought for some championships. They all fell on the side of ‘Seb’, from 2010 to 2013 and I consider it a privilege to share the track with most of the drivers in F1, but especially with guys like ‘Seb’. There are some names that go hand in hand with your career and ‘Seb’ will be one of them, “said the Alpine rider.

The best moment of both has already passed, neither fights for the podiums and the victories, but their rivalry is still going on as Alonso is 11th in the general of pilots with 38 points and Vettel is 12th with 30, so this rivalry is far from over.