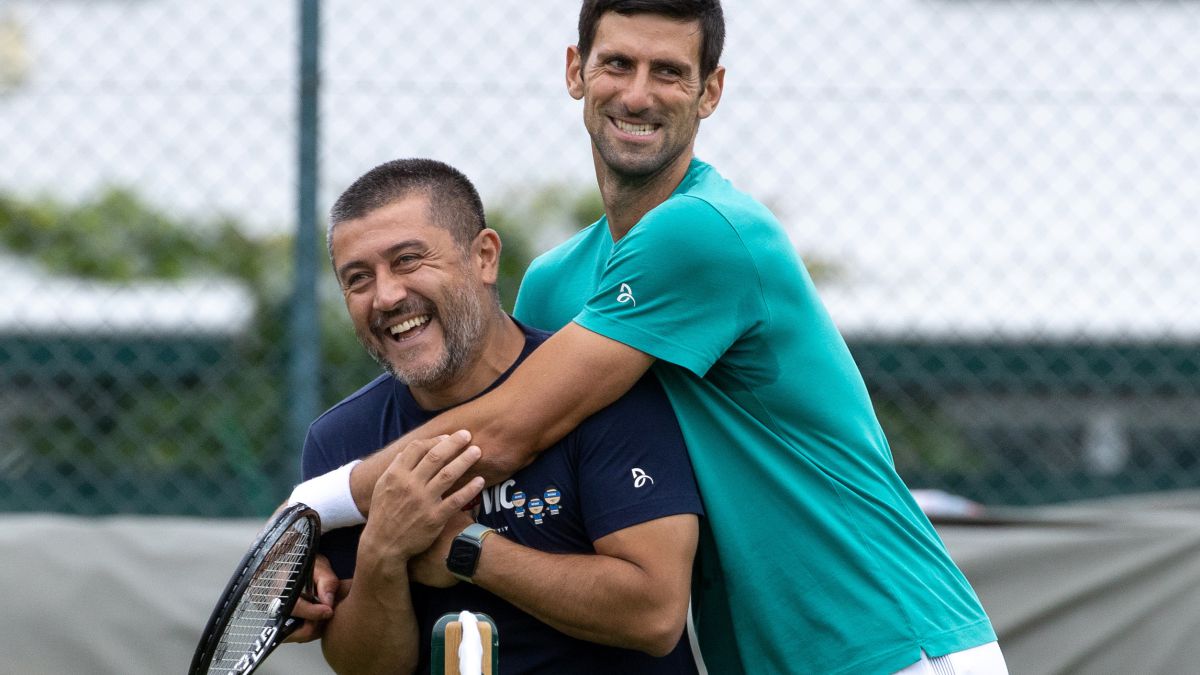 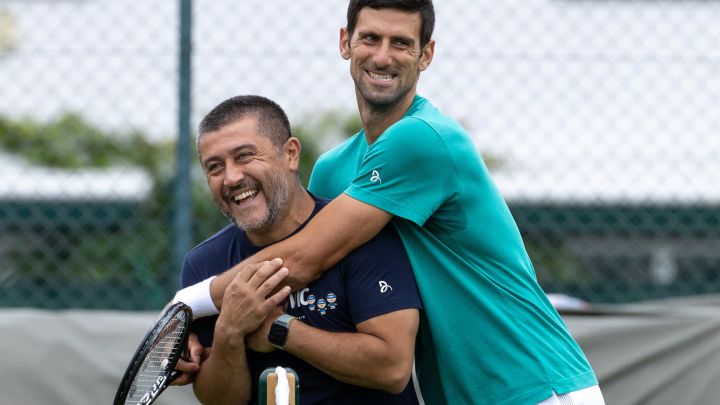 Ulises Badio (Gálvez, Santa Fe, 43 years old) has been Novak Djokovic’s physiotherapist and trusted man on his team since 2017. In Turin, where he monitors the Serbian’s health “24 hours a day”, he talks to AS about his work and his relationship with him. “It is not from this planet,” says the Italian-Argentine.

-How did you end up in Djokovic’s team?

-I started working for the ATP in Rome, between 2011 and 2012, so every time he came we saw each other. I knew the team I had before. As a physical therapist, since I was younger I had very clear goals, and my dream was to get to work with a number one. I had had relevant offers, but I always said no because I was waiting for that moment. Years passed until 2017 rolled around and Novak asked me to treat him. There began a more daily relationship, but with nothing closed. Then he told me to go with him to Roland Garros and until now.

-What was it like to enter the environment of a star?

-As with all things, I wanted to see what it was about, because it was a new world. In fact, I started when he had run out of equipment, because he had made that decision (before the Mutua Madrid Open 2017). I entered without knowing the rules that were in their environment. I did know how to work and what my specific role was at a professional level, but not what my role was within the team. As we were just the two of us, a strong connection was established and we got to know each other very well from the beginning. There was a very important link.

-You are a professional, but did the responsibility weigh a little on you at first?

-The responsibility with a tennis player like Djokovic is 200%, because when you touch an athlete like that, of such a high level, at any moment you can be a second away from hurting him. You have to know his anatomy and your profession, just as he knows his body. It was important to have had a vast experience in the professional field and, furthermore, to be a little more at an alternative and holistic level. I studied Chinese medicine for many years. This experience of mine in other fields served him well.

-And did it make you connect even more given Djokovic’s interest in that world?

-Apart from holism (doctrine that advocates the conception of each reality as a whole different from the sum of the parts that compose it), he has a very particular life story, just like me. I don’t know if that brought us closer together, but it did help us to have a very special day-to-day sensitivity and to be very open-minded when making a decision or doing a type of therapy. That is, to a large extent, what has led us to stay together.

-What they do is a kind of mixture of physiotherapy and other practices such as meditation?

-We unite everything in something very global, body and mind, with a spiritual sense, not so much of religion, there he has one and I another. This makes us two very spiritual people who meditate and have our space to learn. We are alone the two of us for a long time and we create a connection without words. In fact, I work a lot in silence with him.

-What is your method?

-Starts the day before a tournament or match. I have to know how he is going to sleep, all the things he needs, prepare his drinks with electrolytes, what he should take that night before, his diet … I must have all this control and when match day arrives I ask him how he is. It’s a 24 hour job with him. I can’t spend four hours treating him and then go and see him before playing. I have to follow him at all times, even when he is sitting, to see what his posture is, or to know how much water he drank or how much he ate, or if he spoke for a long time with a person on the phone, because any minute detail can alter him in a way. match. That is the external part. When I treat him physically, there comes the part where I have to work at a manual level with a therapy so that he is in optimal condition. It is a machine, a Ferrari, as I call it, and it always has to be screwed to the millimeter.

-Is your famous elasticity innate or is it worked?

-At a scientific level, it may be something structural and genetic, that your parents or your family may already have a basis, but I have also corroborated that it is because of the intense work you have done. I remember that in 2017 he asked me if in my opinion it was good to continue with that elasticity or not to work on it as much. I am a physio who emphasizes the importance of stretching (extension) and how fundamental it is, because it makes a difference when the player has to reach a ball. That elasticity makes Novak today have this way of playing. Normally, we do stretches and extensions about four times a day.

-Injuries are often caused by stress, is that where this mixture of work with the body and the mind comes from?

-There are studies that show that when the athlete goes out into the field, the people who encourage him produce stress and subject him to continuous tension, which often causes muscle injuries depending on the psychological state of that person. He may have been treated very well and then something happened to him. That is why we work at the mental level, at the proprioceptive level (related to proprioception, the unconscious perception of movements and body position, independent of vision). He must be aware of his muscles, take care of himself and eat properly.

And aside from this, how is the most personal Djokovic?

-It is a difficult question, because it would take a long time to talk. But he is a very intelligent person, very spiritual. That makes us have a connection that I call yin and yang, because within one there is black and white. Novak is a very good person, very sensitive, who perceives all the details. And he’s never satisfied, that’s why he’s a champion.

-The atmosphere in the team from the outside seems very good, to what extent is that important?

-The environment is like luck, it does not come for its own sake, it is created. This is what we have and feel in the team, an ability to want to be well all, to have an alignment of positive energy every time we enter the field with a smile. Before Novak arrives, we talk to each other in case there is a problem. And then we have codes of respect, we greet all the people, the opposing team, and if we say a stronger word during the game, it stays on the court, we never take it out.

– Do you think that Djokovic’s bad image of the film is unfair?

-I think about this not only for him, it happens to all of us in life. Before seeing someone as the bad guy in the movie, just look at yourself. Whoever is free from sin, let him cast the first stone. You talk about a person when you don’t know him or her and this often hurts me, because if they attack him, I take it personally. Anyway, knowing him, it can even be something favorable to be yelled at and told about everything, because it can transform him into strength. You learn from that and not take it as something negative and go against anyone, but turn it into a positive.

After beating Hurkacz, Djokovic said he hoped to play tennis for at least two more years. Then he clarified that he was not thinking about withdrawal. How long do you see him for?

-He is an extremely unusual person, someone who is not from this planet. I have done things and therapies that I had never been able to practice with other athletes. The other day a footballer called Zlatan came (Ibrahimovic) and asked Novak how old he was: ’34’, he replied, and he explained that the best moment of his career was at 35. At night, when we were working, I said to Novak, ‘Do you give Realize that you are 34 and that next year may be the best? ‘. It is important that you know that you still have many years ahead of you, I think four or five at the highest level.

It will be the best ever …

For me it already is. In the years that I have been with him, we have won many tournaments and, above all, many positive things in life. If God wants and we continue together, I want that: to be well and earn much more.