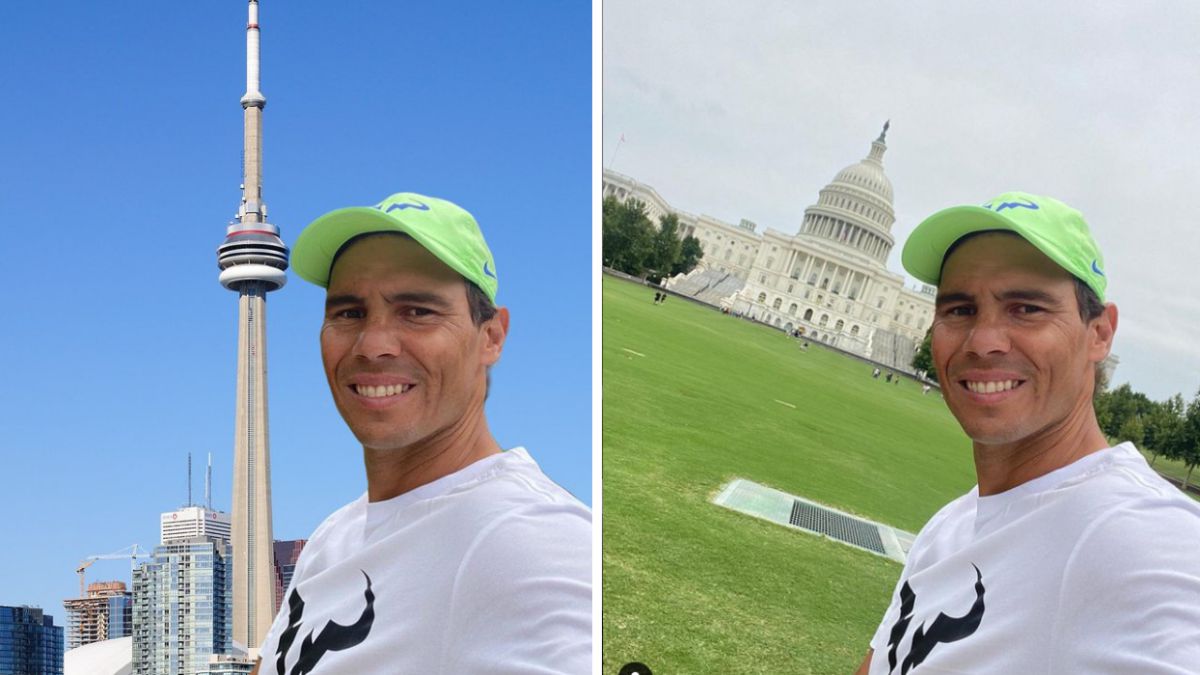 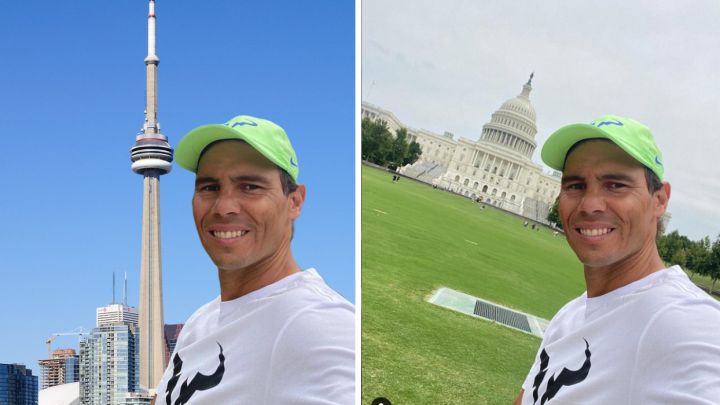 Rafa Nadal is already in Toronto, where he will play the 1,000 Masters in Canada (August 9-15), in which he defends the title won in 2019, after the tournament was canceled last year due to the pandemic. The Spaniard arrived earlier than expected after falling on Thursday in the knockout stages of the Citi Open in Washington against South African Lloyd Harris. In the capital of the province of Ontario they await you with open arms …

… And with good humor. In fact, the Balearic was the object of a nice trolling by the National Bak Open, as the event is called from this course, which on Twitter joked on account of the mistake that Rafa made a few days ago when he confused the Capitol with the White House in a self-portrait that he published on Instagram. He then corrected it claiming that it was a mistake in writing over the wrong image. “See you soon at the White House, Rafael Nadal”, is the text of the tweet that accompanies a montage with the photo of the Spanish ruling, but in front of the CN Tower, the lollipop that dominates the Toronto skyline.

The Canadian Masters hopes to have Nadal in the individual draw that will take place this Saturday at 6:00 p.m. (the Montreal WTA 1,000 will be held at 7:00 p.m.) and that will be broadcast live on the tournament’s Facebook page. Rafa, who will not have to play the first round as seed number two, behind Daniil Medvedev and due to the absence of world number one, Novak Djokovic, one of the outstanding casualties, some of them Olympians, along with those of Roger Federer, Alexander Zverev, Dominic Thiem, Matteo Berrettini, Pablo Carreño, David Goffin and Milos Raonic. This year’s winner will debut a spectacular new trophy, produced by the new sponsor, two crossed frames with a ball in the middle, finished in bronze and silver.

Come watch the best compete for the top prize at the # NBO21 in Toronto: 🎟⬇️https://t.co/8uA1eHZBkE pic.twitter.com/XN0IaM8RR5

Feliciano López, in the previous

In addition to Nadal, Roberto Bautista, Alejandro Davidovich and Albert Ramos, and with the doubt of Carlos Alcaraz (with discomfort in the right elbow), who have a place in the main draw, another Spaniard, Feliciano López, will try to enter it from the previous one. To do this, he will have to start by winning this Saturday (not before 9:00 p.m.) the 24-year-old American and 152nd in the world Maxime Cressy.