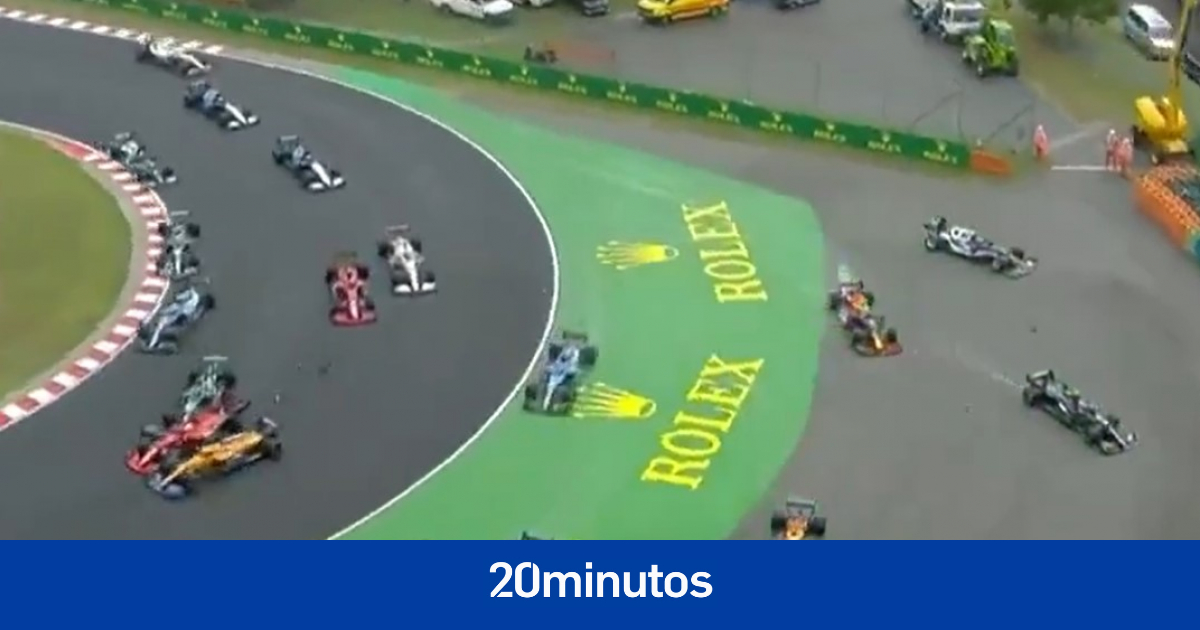 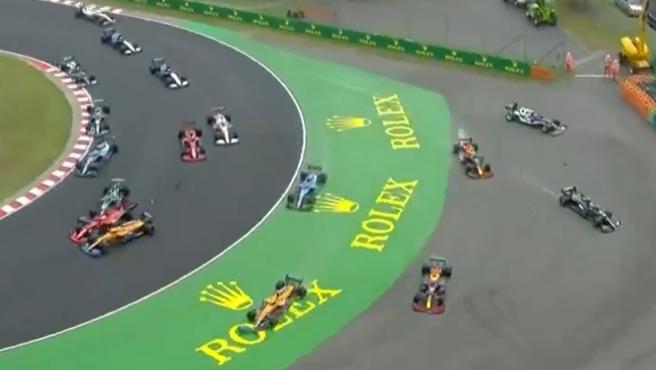 The Hungarian GP was marked from the start due to the rain, in which they ended up abandoning five cars, in one of the most grotesque and chaotic starts in memory.

It all started at the first corner. Valtteri Bottas he wore Lando norris (which was the only one who had scored in all the races this year) and this one Max verstappen, although he was able to go out as he could on the track.

This incident has already marked the future of the test, because they also stayed in another curve Lance Stroll Y Charles Leclerc, with Fernando Alonso and Carlos Sainz dodging the incidents as best they could. The stewards, seeing what was coming, decided to stop the race so that everyone could return to the pits and restart it later.

That does not imply that the test was calmed down later, far from it.

🌧️ ONE OF THE MOST BEAST DEPARTURES IN THE HISTORY OF THE # F1! 🌧️

Once the cars had been repaired, they were ordered to start from the grid … but the track was dry and they all had intermediate tires. This factor made everyone go into the pits to mount dry wheels, but one man stayed on the track: Lewis Hamilton.

Then there was one of the most surreal starts in the history of Formula 1: the seven-time champion took the second start from the grid alone while everyone started from the pitlane. As the first lap of this restart ended, Hamilton came in to put the media dry, but he was last. The first race leaders, totally unexpected: Esteban Ocon, Sebastian Vettel and Nicholas Latifi, with Carlos Sainz 5th and Fernando Alonso 6th.