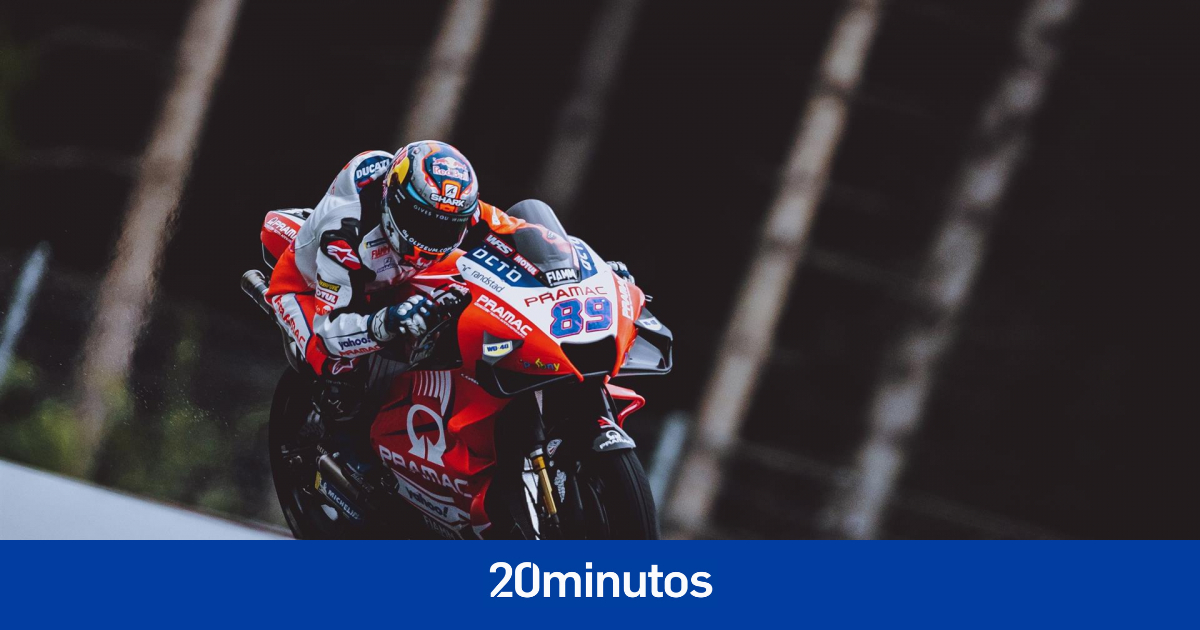 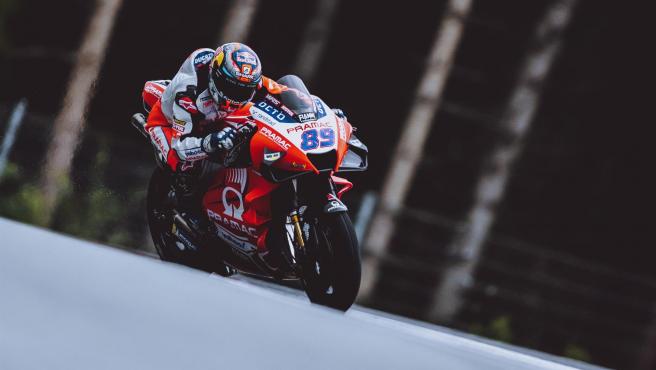 The Spanish Jorge Martin ‘Martinator’ (Ducati Desmosedici GP21) achieved its first victory in MotoGP by winning the Styrian Grand Prix which has been contested at the Red Bull circuit in Spielberg, after having also been the fastest in practice.

Martín knew how to stop all the aspirations of the current world champion, the Spanish Joan Mir (Suzuki GSX RR), who had to settle for second place, and with the world leader, the French Fabio Quartararo (Yamaha YZR M 1), third.

THE DREAM OF A LIFETIME! ❤️

The absence of rain in the rest of the tests of the first of the great prizes for Austrian lands led to race direction declare that of MotoGP as “dry”, which meant that if it started to rain, it would go to a race “between flags” as soon as the white flag was shown on the track and the riders could enter their workshops to change motorcycles.

The Italian Francesco “Pecco” Bagnaia (Ducati Desmosedici GP21) surprised the Spanish Jorge Martín (Ducati Desmosedici GP21) at the time of departure, in which both Joan Mir (Suzuki GSX RR) and Marc Márquez (Repsol Honda RC 213 V), which had its pluses and minuses with Aleix Espargaró (Aprilia RS-GP) in the first corner, they hit the mark by releasing the clutch lever and regaining many positions by completing the first lap, second and fourth, when they had started fifth and eighth respectively.

In the second lap Mir was wrong and Márquez was hurt by the action, in which both lost positions to the official Yamaha riders, the Frenchman Fabio Quartararo and the Spanish. Maverick Viñales.

But, behind, the Spanish Dani Pedrosa (KTM RC 16) crashed at turn three and the Italian Lorenzo Savadori (Aprilia RS-GP) couldn’t help it and, with both on the ground, the Italian’s motorcycle began to burn in the middle of the track, which forced the Race Directorate to show a red flag to force the immediate arrest of the race.

The second start was scheduled for one lap less and in the same order as three laps had not been completed, as soon as the track was ready to roll and without Lorenzo Savadori, who, although he did not compete in the second race, was able to follow it from his workshop after passing by the circuit clinic.

Both the spilled gasoline and the foam from the fire extinguishers had left that complicated area of ​​the track very slippery and the weather was upon us due to the adverse weather conditions – rain – that gave all the forecasts, so the assists of the circuit did their best to return the asphalt surface to its natural state.

The first and negative surprise were the technical problems of the Yamaha of Maverick Viñales, which had to get into the workshop street to start from there when the engine of his motorcycle stopped at that moment.

Once again Bagnaia was the fastest at the start, this time chased by his teammate Jack Miller and the current world champion, Joan Mir, behind them, with Quartararo a little further behind, fourth.

On this occasion Marc Márquez did not go so well, he played again with Aleix Espargaró and in the hurried braking of turn one on the second lap, he left long and lost even more positions, as he returned to the asphalt fourteenth, just after his partner in the Repsol Honda team, Pol Espargaro.

On the third lap the mistake was made by Bagnaia, who lagged behind while Jorge Martín took a step forward and he got second after bending Mir and Quartararo.

And on the fourth lap Jorge Martín was the leader at the end of the straight on the way to turn three, which already passed first, followed by Mir, Miller, Quartararo and the Frenchman. Johann zarco, while Marc Márquez continued to have problems and did not seem able to regain positions quickly, and neither did Maverick Viñales.

Aleix Espargaró was the first casualty in the second race, having physical problems – he touched his right side – or mechanics and having to leave his Aprilia RS-GP resting on the wall.

Little by little the situation became clearer with Martín and Mir at the helm and more than a second away the trio formed by Quartararo, Miller and Zarco with the two Honda RC 213 V of Alex Marquez Y Takaaki nakagami behind them.

At the pace of their fast lap, Martín and Mir consolidated their fight for victory, with a Fabio Quartararo who did not want to give up, knowing that the maximum possible regularity is what can guarantee him his first MotoGP world title.

In the fourteenth turn the Portuguese Miguel Oliveira He began to have problems with the rear tire of his KTM RC 16 that forced him to retire and Maverick Viñales was sanctioned with a long lap for exceeding the limits of the circuit, which condemned him again to the last position of the race.

Mir subjected Martín to a close marking, which remained the leader and setting the pace at the head of the race, with Quartararo and Miller already more than a second and a half behind, leaving both as the only contenders for victory in the first round of Austria, although at the head of the Ducati already had a penalty notice for exceeding the limits of the circuit.

Miller tried to put pressure on Quartararo, but all he did was make a mistake at turn seven that caused him to lose grip on the front end as he slipped into that area on the eighteenth lap, clearing the way for Quartararo on the third podium step.

There were no further variations in the head order, with Jorge Martín solid as leader “putting” difference little by little to Joan Mir and with Fabio Quartararo in a lonely third position.

SOUNDS FOR YOU, @ 88jorgemartin 🇪🇸