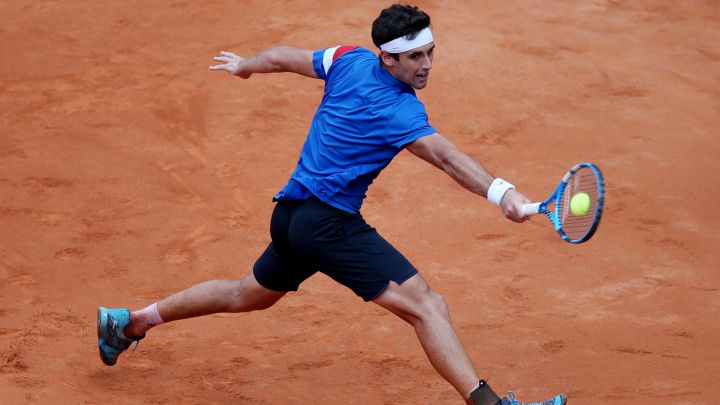 Mixed luck for the two Spaniards who competed this Monday at the Plava Laguna Croatia Open in Umag, an ATP 250 It is played on clay with a large representation of Spanish tennis. Carlos Taberner beat Croatian Nino Serdarusic and will face Italian Stefano Travaglia in the second round, who was able to beat Jaume Munar.

Taberner won by a double 6-2 in 1:18 to the 24-year-old local player and 288th in the world, who was very erratic against the Valencian, 23 and 108, who is a couple of victories away from entering the top-100 for the first time in his career.

Munar, for his part, had a very difficult encounter with Travaglia (29th and 91st), truffled by some heated discussions with the chair umpire over some decisions that the Mallorcan considered unfair. Although he tried to come back and was close to forcing the third set, Jaume fell by 6-3 and 7-6 (1) at 1:52.

Alcaraz debuts as a favorite

This Tuesday, at just 17 years old, Carlos Alcaraz will play for the first time as seeded in an ATP tournament. The Murcian is the seventh favorite in Umag, whose number one is another Spaniard, Albert Ramos. Alcaraz will debut in the last shift (around 8:30 p.m.) of Goran Ivanisevic Estadion, the central court, against Frenchman Lucas Pouille, which was number 10 in 2018. That proves the interest that the pearl of the Navy arouses, which will also have Bernabé Zapata and Pedro Martínez in action, against Cuevas and Mager, respectively.