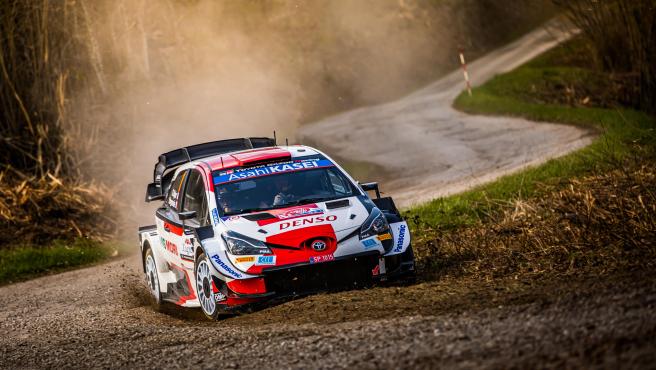 Disbelief was what was lived in the Rally Croatia of the WRC World Championship, in which Toyota Gazoo Racing WRT drivers can hardly participate, Sébastien Ogier and Julien Ingrassia, after a surreal accident they suffered on the way to the starting line.

In rallies, the drivers are the ones who take their cars to the starting lines from the end of the previous stage and they do on the urban road where they have to circulate like anyone else. However, if it is not at high speeds, with skidding and in curves with precipices, it seems that Ogier is not doing well, since on the way to the exit for the first special this Sunday he suffered a awkward accident with another car.

The French driver was changing to the right lane to take an upcoming exit, when he did not realize that another car that was circulating on that same channel it was approaching making maneuvering impossible. None of them braked in time to avoid the collision and the private vehicle, which was traveling at a higher speed, ended up taking the Toyota Yaris WRC ahead.

This was the incident that left the right side of Sébastien Ogier and Julien Ingrassia’s Toyota Yaris WRC quite battered before the first stage on Sunday. pic.twitter.com/L3qyrjjIuh

Although there were no injuries to mourn, Ogier and Ingrassia’s car suffered major damage to the side of the vehicle, having to go down to repair them before being able to continue.

However, the incredible thing about the story goes to more in other images that have emerged about the accident. After the policeman He went to the scene and after a discussion between the two parties involved, Ogier decided to return to the vehicle and leave as if the thing was not with him, nullifying the efforts of the agents to retain them.

Fortunately, they were able to complete their participation in the rally by finishing both stages of the day, but leaving several seconds with respect to its rivals. Evans snatched the lead from the French pair and put them 2.8 seconds ahead of the overall.