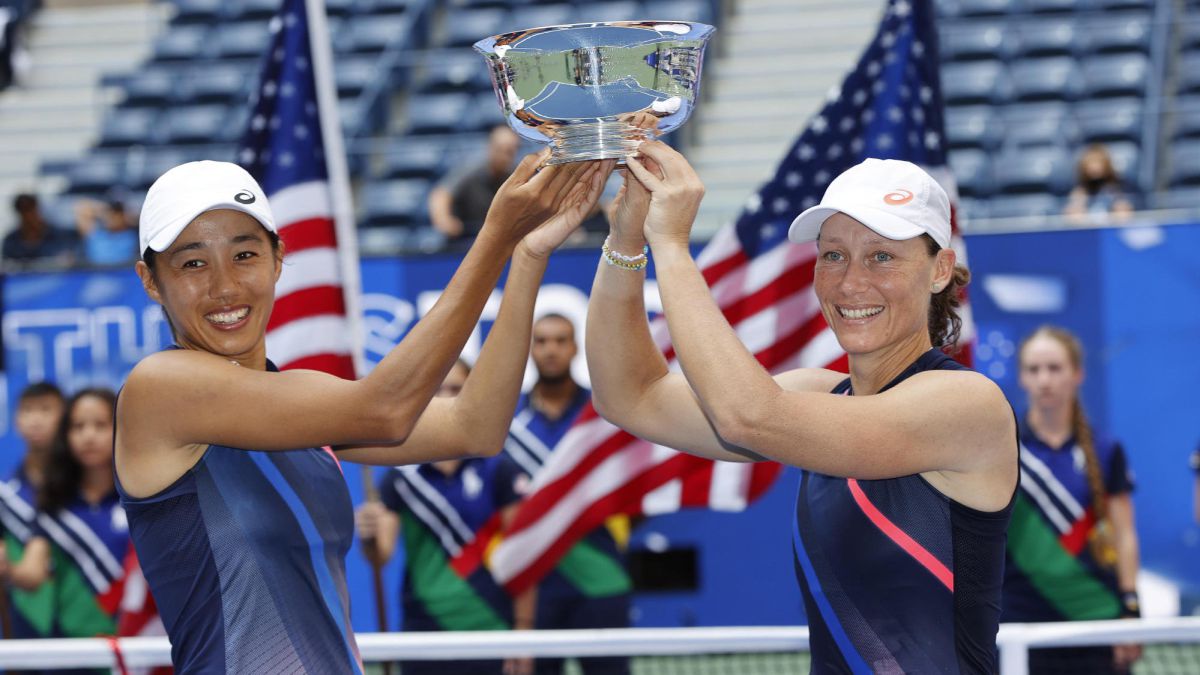 Samantha Stosur and Shuai Zhang were proclaimed champions of the US Open women’s doubles tournament this Sunday by beating Coco Gauff and Cathy McNally 3-6, 6-3, 6-3 in 1:55 in the final. The 37-year-old Australian and 32-year-old Chinese won their second Grand Slam title against American teens, 17 and 19, respectively, after the Australian Open they won in 2019. It is the third overall they have won together, as they lifted the trophy in Cincinnati a few weeks ago.

The winners chained a streak of 11 wins and supported their options in the extensive experience of Stosur, who was playing his ninth final in a major, a category in which he has two other titles with different pairs. With few errors, they came back from the lost opening set and were far superior in the last two sets.

Stosur and Zhang succeed Germany’s Siegemund and Russia’s Zvonareva, who beat Melichar and Xu last year. The Aussie enters the top-30 of doubles, while the Chinese returns to the top-20.