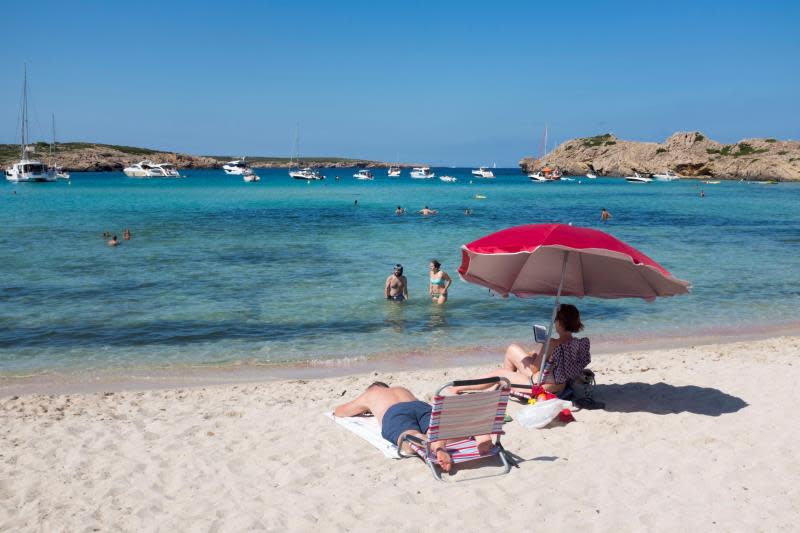 Madrid, Aug 9 (EFE) .- Spain will face the first heat wave of the year as of next Wednesday, which will be the most intense, extensive and lasting of what we have been in summer with temperatures of up to 45 degrees in southern points, and that will last at least until the middle of next week.

“The Peninsula and the Balearic Islands are facing a probable heat wave, with very high values ​​during the day and at night, which will begin in a general and progressive way next Wednesday the 11th and will last at least until Monday the 16th or Tuesday the 17th, with the consequent adverse effects on people’s health and the significant risk of forest fires, “said Rubén del Campo, spokesman for the State Meteorological Agency (Aemet).

He explained that in order to speak of a heat wave, three factors must be met at the same time: that the episode of high temperatures is intense, extensive and long-lasting, and the Aemet forecasts suggest that all these conditions will occur from the middle of this season. week.

Del Campo recalled that last July, Spain experienced hot days, although they were always short-lived episodes, but this time the forecasts point to very high values, sometimes suffocating, so the Aemet does not rule out that a record for maximum temperatures may be broken in mid-August.

The cause of this first heat wave of the year is a mass of hot air that is located in North Africa and the central Mediterranean and that will approach Spain stabilizing the atmosphere, so that the strong sun, the scarce wind and the Poor ventilation will prevent warm air from dispersing.

This meteorological situation, together with the entry of an air mass from North Africa that will arrive loaded with suspended dust, makes “it more than possible” that in the next few days almost all of Spain will experience the first heat wave of the year , has assured the spokesman of the Aemet.

In this way, starting tomorrow, Tuesday, the intense heat will be felt in a good part of the Peninsula and the Balearic Islands, with more than 36 degrees in the Ebro basin, central area, southern half and parts of Mallorca.

As of Wednesday the 11th, the thermometers will soar and will reach 36 degrees in the northern Meseta, 38 in the Ebro, Balearic Islands, central and southern half and 40 degrees in the Tagus, Guadiana and Guadalquivir valleys, and in all these zones will have or will exceed 20 degrees in the morning.

In the following days the thermal rise will continue and thus 40 degrees will be reached or exceeded in much of the center and south of the Peninsula, in the Ebro basin and in parts of Mallorca, and more than 42 degrees as of Thursday in the valleys of the Tagus, Guadiana and Guadalquivir, without ruling out that they exceed 44 degrees in some parts of the south.

The nights will also be very hot all those days, with lows of more than 22 degrees from Wednesday or Thursday in many places in Spain that will remain at least until Monday 16.

Only the Canary Islands will remain on the sidelines of the heat wave, where as of Saturday 14 the thermometers may rise, and the extreme north of the peninsula, especially the north of Galicia, points of Asturias and Cantabria, although during the weekend it could squeeze the heat in the area of ​​the Basque Country.

Rainfall will be very scarce, although from today Monday until Wednesday there could be some isolated and occasional showers in the Mediterranean area and the Balearic Islands and in mountain areas of the east and the center, which will disappear almost completely as of Thursday.