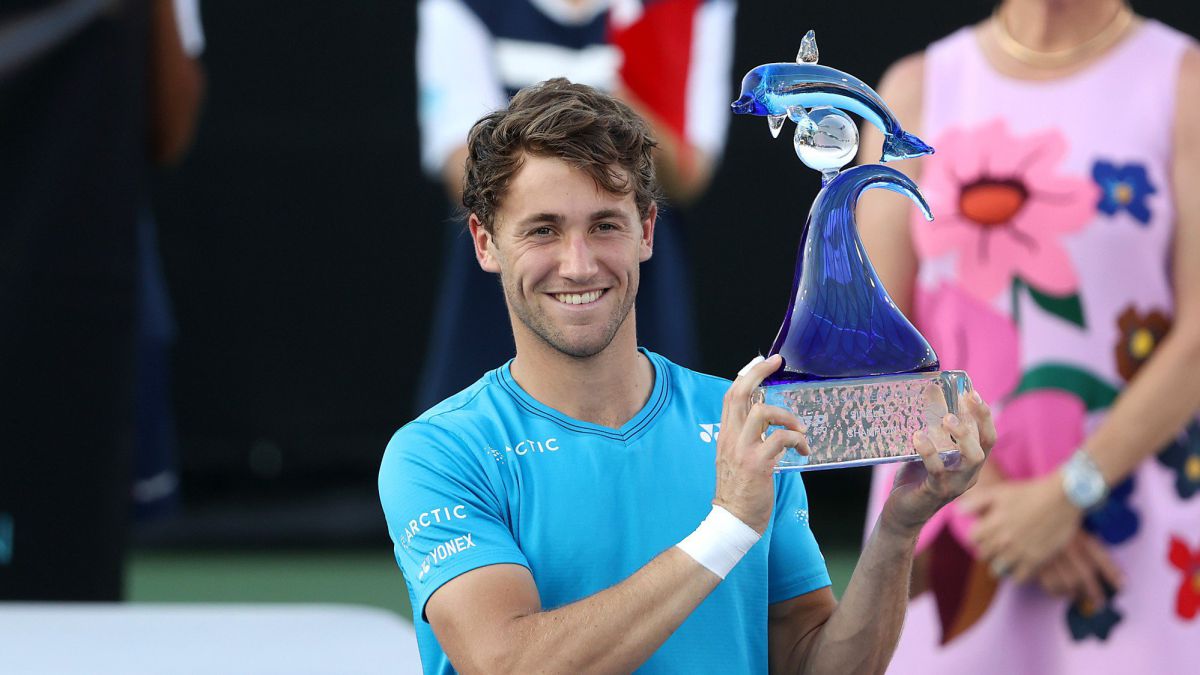 Casper Ruud, second seed, won this Sunday by 6-0 and 6-2 to Briton Cameron Norrie in the final of the San Diego Open, of the ATP 250, and won his first hardcourt title, the fifth of the season, the best current record on the circuit.

Ruud, who has shone on clay, also showed that he can win on hard court and had the honor of receiving the champion trophy from the Australian legendary Rod Laver. “A special thanks to Rod, obviously the legend. I think you should come to all my games now because I’m playing great when you come and watch,” Ruud stated during the trophy ceremony. “I hope you come to Indian Wells next week to see, so let’s see what happens there!”

Ruud battled a string of tough opponents on the California ATP 250, losing just one set in four games to former British number one Andy Murray; the ninth favorite, the Italian Lorenzo Sonego; former world number three Bulgarian Grigor Dimitrov and Norrie, to become the first player on the ATP Tour to lift five titles this season. Before 2021, he had won only one title.

With his triumph surpassed the three best tennis players of the moment in the ATP, the Serbian Novak Djokovic, the Russian Daniil Medvedev and the German Alexander Zverev, that each of them have won four individual titles so far in 2021. Ruud will rise significantly to the 8th place in the FedEx ATP Race To Turin as he tries to qualify for the Nitto ATP Finals, which will be held at the Pala Alpitour in Turin from November 14-21.

The Norwegian tennis player made his mark early in the match, breaking in his first remainder game, and never looked back. Ruud he only allowed Norrie to earn him three service points in the first set, and that set the tone. The Norwegian took advantage of his opponent’s unusually sloppy play early on and then dictated his own from his backhand corner, unleashing strong forehands to prevent Norrie from finding his comfort zone. The Briton, who defeated top seed Russia’s Andrey Rublev, in the semi-finals, got off to a better start in the second set by reducing his unforced errors. But Ruud hit a perfect backhand shot that put him at 4-2, and showed no nerves to close the game after 62 minutes.

Ruud had never reached an ATP Tour final on hard courts before this week, but he showed great balance throughout the tournament behind his baseline physical style and advanced when he needed to finish points at the net. Norrie excels on hard courts and, like Ruud, has had the best season of his career. But this year’s Los Cabos champion couldn’t add a second tour-level trophy to his résumé. Earlier this season, Ruud won in Bastad, Gstaad and Kitzbühel in three consecutive weeks to become the first player to win three titles in as many weeks since Murray in 2011.