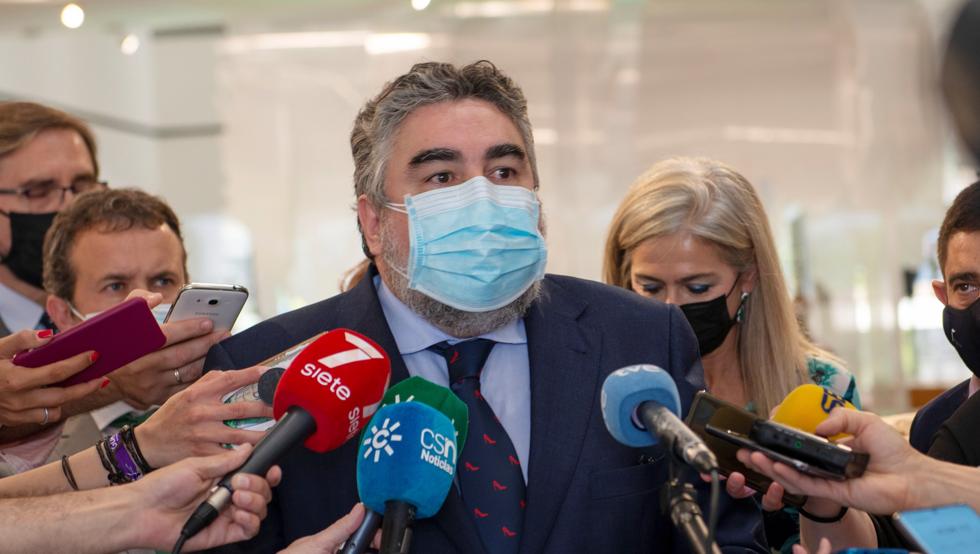 The Minister of Culture and Sports, José Manuel Rodríguez Uribes, heard on Tuesday the requests of the presidents of LaLiga, Javier Tebas, and of the ACB, Antonio Martín, for the possibility of the public returning to both competitions before the end of the present season.

Accompanied by the president of the Higher Sports Council (CSD), José Manuel Franco, and the general director of Sports, Albert Soler, the minister first received the LaLiga delegation headed by Tebas and then held a video call with Antonio Martín .

Ministry sources confirmed to EFE that Rodríguez Uribes studied with both parties the pros and cons of the public return to professional soccer and basketball competitions and analyzed the times and conditions for this, which he will study again with the Ministry of Health to make a final decision.

LaLiga Santander disputes between this Tuesday, Wednesday and Thursday its penultimate day and will end on the next day 23. LaLiga SmartBank will conclude its first phase on the 30th and then it will play the promotion qualifiers between June 2 and 20.

In the case of the ACB, the regular league ends on the 23rd and then it must play the ‘play-off’, whose final date will be in mid-June, although talks are still pending with the FIBA ​​for the transfer of players in the Pre-Olympic .

The meetings this Tuesday at the headquarters of the ministry have occurred after repeated requests made from LaLiga and the ACB for the public to return to both competitions and after the Minister of Health, Carolina Darias, advised against this possibility last day 3 given the different epidemiological situation of the autonomous communities.

The cumulative incidence of over 400 and 500 cases in some has been the Government’s argument to rule out the presence of spectators in professional soccer and basketball competitions, contrary to what happened in other sports, as they have questioned both from LaLiga and from the ACB.

In recent weeks, both organizations have strongly demanded the return of the spectators, a request also seconded from Aficiones Unidas, and an urgent meeting with the authorities to address the matter.

LaLiga described as “discriminatory and incoherent” the absence of spectators still and the second claimed to end “the grievance” existing for its competition, when in other sports there is an audience in the stands.