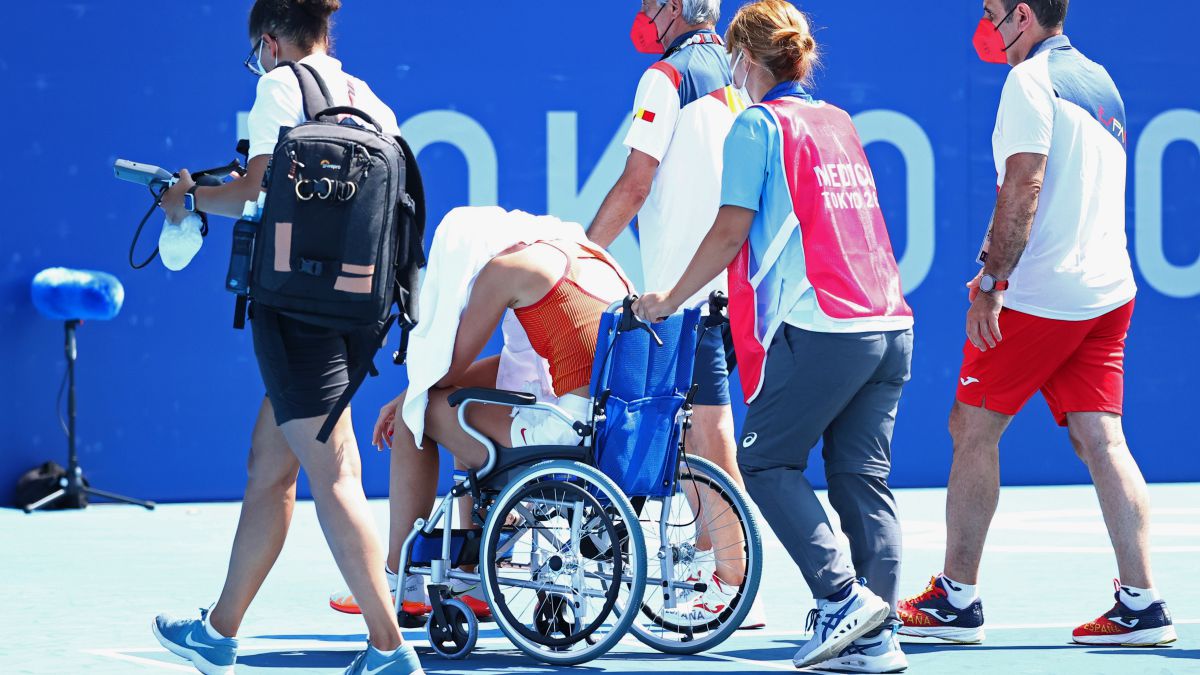 Minutes before everything happened, Pablo Carreño said: “I’m a wreck, I can’t even think.” And then it passed, the heat of the Ariake complex of tennis in Tokyo beat Paula Badosa. The promising Spanish woman, the one who had been doing a scandal tennis, was retired in a wheelchair all over the track 4. 32 degrees, 74% humidity. The cement was an oven. The quarterfinals saw the end of Badosa (3-6 and withdrawal).

It was at the end of the first set, when just 45 minutes had passed into the game. The Catalan had lost 3-6 to the Czech Marketa Vondrousova. Badosa did not get up from the chair for the next game. He warned that he was ill, that the body was not going. Then he lay down on the ground. Doctors came to revive her. They measured his blood pressure …

Sadness and pain 😢. Our hearts break 💔 when we see Paula Badosa like this.

He has had to leave because of a tremendous heat stroke. Get well soon, @paulabadosa! 💪🏼 pic.twitter.com/iOkheciS68

It was 1:45 p.m. in Tokyo, the time when the sun is hottest and the humidity soaks through the clothes. Paula was not able to return to the game. They put towels on his head and she left guided in the mobile chair. From track four to the Ariake medical area. Next to her, visibly worried, his coach Javier Martí and the Spanish captain Anabel Medina. “It was a shame to end my participation in this way. Conditions have been demanding from day one. We tried to adapt as best as possible but today the body has not responded as needed. I have suffered a heat stroke as you all have seen and I did not feel in a position to continue, “said the Spanish tennis player.

Badosa, who had lined up in three tests, planned to play the mixed double with Pablo Carreño in the afternoon, but after a medical evaluation they decided that the best option was not to take part. They are now officially replaced by lFrench couple Ferro and Herbert. This hit kills Badosa’s medal options, that has signed a very good 2021, with semifinals in Madrid, quarter-finals at Roland Garros … and the feeling of having taken another step to become one of the best tennis players in the world. “A medal would be a dream,” he said at the time. In Tokyo he made a triple bet. Double female, single and double mixed. “I leave with a feeling of pride for having given absolutely everything for the country. I am going to work to recover, to be well and to earn a chance to return to an appointment like this, “he concluded.