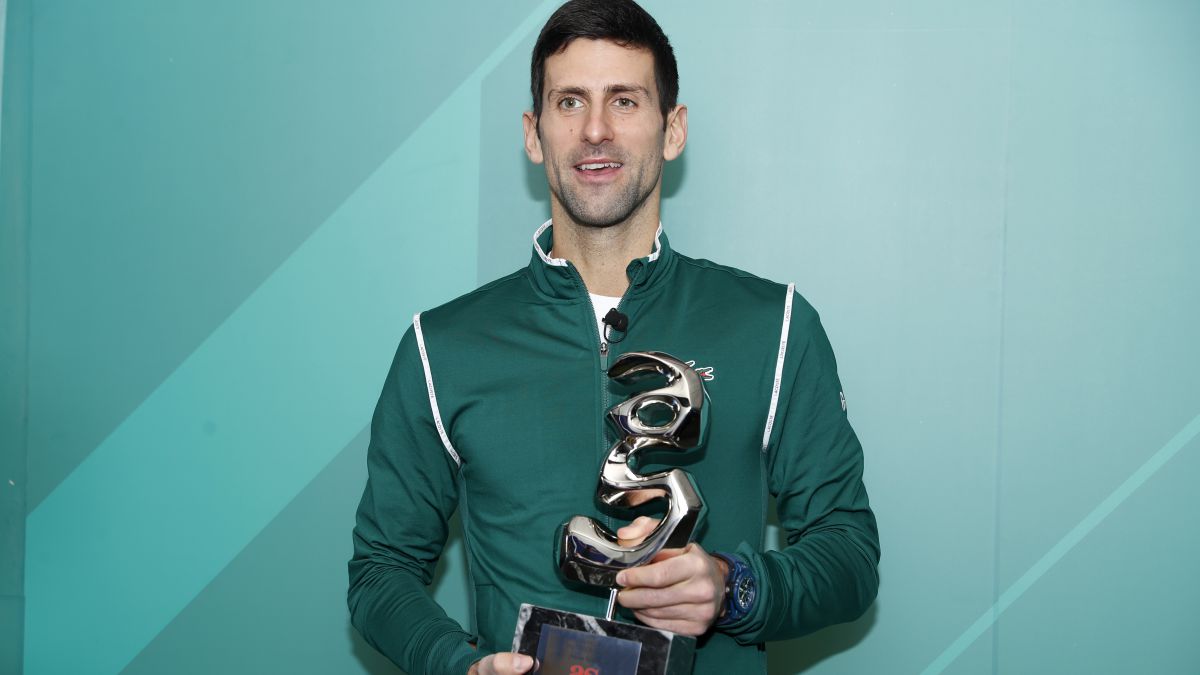 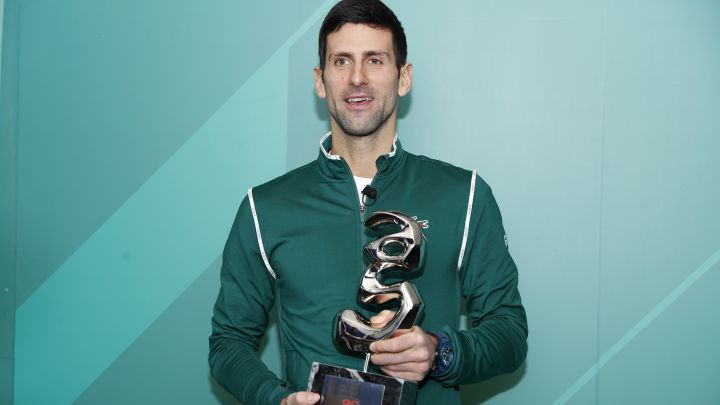 The best, among the best. The AS Sports Awards celebrate their fifteenth edition today at the Hotel Palace in Madrid (8:30 p.m.) and one of the winners will be Novak Djokovic, that this 2021 was about to close the sacred circle of tennis with the four Grand Slams in one year (he won Australia, Roland Garros and Wimbledon and only missed the US Open against Daniil Medvedev), which served to equal 20 ‘greats’ with Rafa Nadal and Roger Federer and tighten the race for becoming the most transcendent tennis player (and perhaps the athlete) in history.

The Serbian genius (34 years old) is recovering these days in Belgrade, together with his family, from the effort of a strenuous season in which he also tried to win Olympic gold in Tokyo (he lost the bronze match against Pablo Carreño) and a second Davis Cup for his country. Precisely, it was at the Madrid Arena in Madrid, during the final dispute for the Salad Bowl in which Serbia reached the semifinals, when Djokovic received the award designed by Xavier Mariscal, the creator of the popular Barcelona mascot Cobi 1992.

“There are many other champions in the history of the sport who have received this award before for their success. I am very proud, happy and grateful and I hope I can continue to play well. It is very nice.”, said Nole making an effort with his Spanish after receiving the trophy from the hands of Vicente Jimenez, director of the leading Spanish-speaking sports information outlet.

Djokovic further brightens a list of world-class athletes who have been distinguished by AS as Rafa Nadal, Messi, Cristiano Ronaldo, Sebastian Coe, Javier Sotomayor, Egan Bernal, Raúl, Alberto Contador, Iker Casillas, Cholo Simeone … And he was pleased that the award came from the country of one of his greatest rivals, Nadal, with whom he is building a history of legendary rivalry, which will be remembered forever. One enriches the other and vice versa. And in each award received by either of the two (they have faced each other 58 times, the most repeated duel in history) is also the recognition of the fight against the other. And with Roger Federer (40 years old), who already appears with fewer options to undo the heads up between the Spanish and the Serbian. Three unique phenomena.

The delivery of the statuettes will take place from 8:30 p.m. and the event can be followed in its entirety, as well as on the web, through the newspaper’s YouTube channel, the Facebook fanpage, Twitter and Twitch.

Djokovic has closed a prodigious year with his three Grand Slam. And with the title of Paris-Bercy he also managed to surpass Nadal in number of Masters 1,000, by adding 37. For all this, he finished the course as world number one for the seventh time, a record with which he left behind Pete Sampras, the tennis player in which he looked at himself as a child.

Djokovic is already an immortal athlete. A place where he imagined being as a child when after seeing Sampras win at the All England Club, he made a drawing with the Wimbledon cup and the phrase ‘Novak is the champion’ that he hung in his room to feed his dreams. The same also that during the bombings in Belgrade, in 1999, he trained in an empty pool throwing the ball over and over again against the wall. The same one that already has in his hands the AS Award that distinguishes the legends.