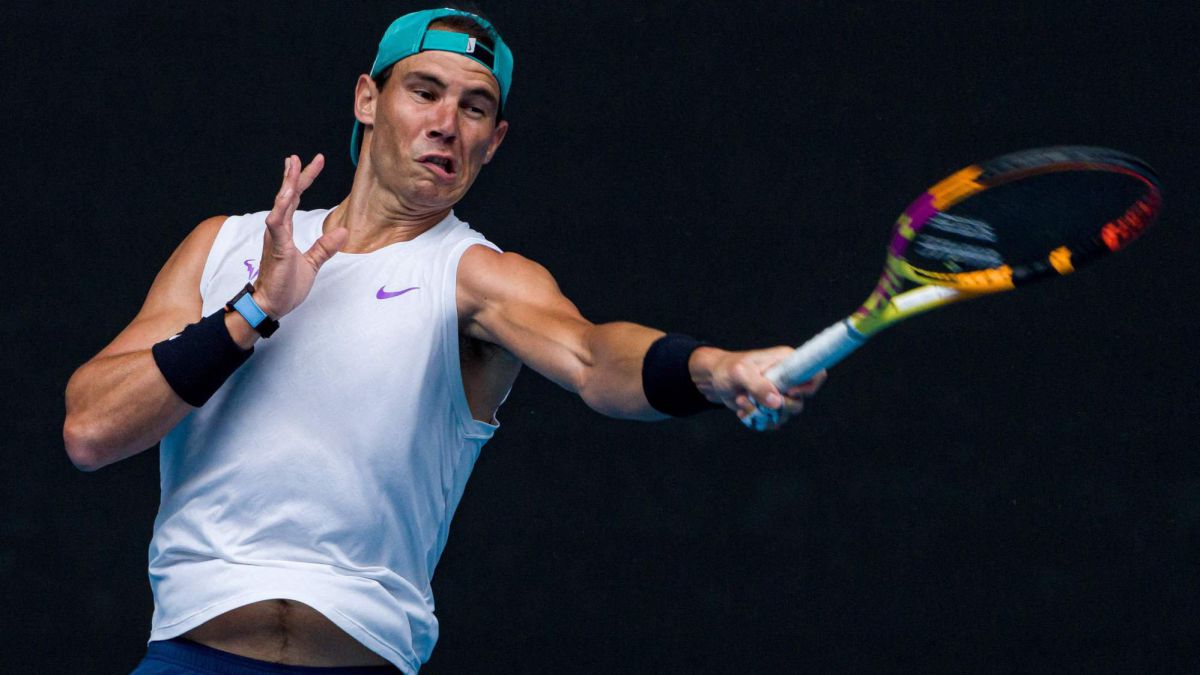 Just a few hours after the bombshell of Novak Djokovic’s deportation, Rafa Nadal will return to action at a Grand Slam, the Australian Open. He will do it this Monday (not before 04:00, Eurosport) against the American Marcos Girón, whom he is facing for the first time, seven months after falling in the semifinals in the last major he played last year, Roland Garros, where the controversial Novak Djokovic beat him.

“I could have faced him last week (in Melbourne, but the 28-year-old American and 66 in the world was beaten by the Lithuanian Berankis). All rivals are difficult and the first rounds are dangerous, more so in my situation. I have to be worried about myself”, he said, about his opponent, a Nadal who spoke about the conditions of the tournament. “The courts are quite fast. The ball changes completely if you play at night or during the day. When it’s wet it gets very slow and when the weather is drier it gets faster. I think that the trend in recent years is that the balls are increasingly hollow and take less spin, which I do not share, although I try to adapt to it. And here is no exception. They favor people who play flatter.”

Rafa, the sixth seed, doesn’t think he’s affected by what happened to his eternal rival, who was on his side of the draw, at the Australian Open. “At the level of tennis and mental approach to the tournament, this affects me zero. The situation has become complicated and prolonged, but I am focused on my training before debuting. To get to have a confrontation against him, in the semifinals, he would have had to do a lot of work, with all the difficulty involved in playing a Slam and advancing, even more so after not competing for so long. I want to work and enjoy.”

The winner of 20 majors, assures that “he would have signed” to be where he is now “after spending five months without competing.” “Two years ago, we didn’t know if he would come and the virus happened. In the end, I won a tournament (the ATP 250 in Melbourne) and I’m ready to compete after a long time. Later, we’ll see what happens, when you come back things are very random. There is nothing certain. You have to accept the difficulties and what is beyond your control. The logic that exists when you come rolled, disappears when you have not competed for a long time. I trust that things will get better, forgive me for mistakes, work every day with the best possible attitude and value each improvement. Then it remains to try to move forward and generate options if possible”. He will do it from now on in Melbourne, don’t miss it.