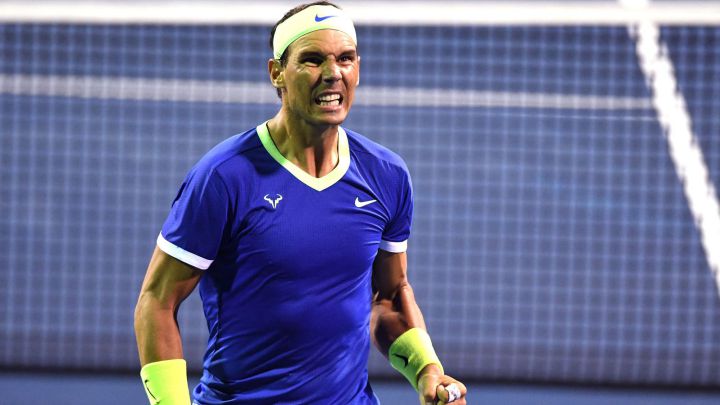 Rafa Nadal faces a new challenge this week at the National Bank Open in Toronto, the Masters 1,000 in Canada, in search of continuing to recover the form to face with the greatest possible guarantees the great appointment of the American tour: the US Open (August 30-September 12).

Nadal assures that he needs a couple of weeks with less pain to reach the next big events of the season, ensuring that little by little he feels better about the Washington tournament. “I need to have a couple of weeks with less pain to regain confidence with my movements. I have come here to test myself and win, but also to regain positive feelings with my foot. I’m not in peak form yet, but I’ve been training better in terms of how I played in Washington.so I’m really looking forward to being here and I hope to compete well. I’m happy to be here. It is a place where I have had many successes in the past and of which I have many good memories. “

Nadal also explained the suffering that happened after his defeat at Roland Garros due to foot discomfort, which prevented him from training for several weeks. “I couldn’t train for a couple of weeks after Roland Garros. It was about 20 days without picking up a racket and trying to recover. It was also difficult to recover mentally. I didn’t play well enough at Roland Garros. “

Finally Nadal draws positive conclusions from the Washington tournament and ensures that he will be close to recovering his best level if he manages to chain several days in a row playing without discomfort. “Last week in Washington, in the first round I had a bad time on my foot, but in the second I felt a little better. Even if I lost, I think it was positive for me, because I was trying to find the routine again on the track, be competitive again. I need to have the feeling of playing several days in a row without problems. “