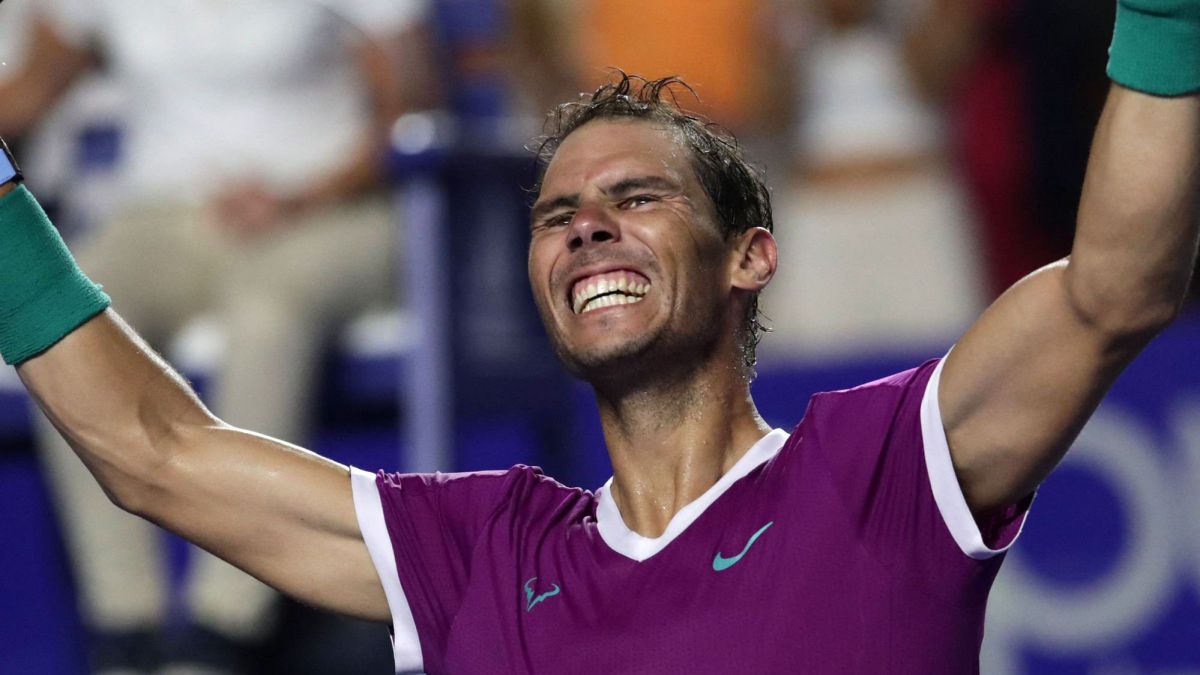 Around 0:35 Mexican time, Rafa Nadal appeared before the media in Acapulco to offer his impressions after reaping a great victory against Daniil Medvedev that puts him in the final of a tournament in which he has never lost a match in the semifinals. The Spaniard will seek his fourth title in this ATP 500 against the British Cameron Norrie.

match analysis: “Each match is different, I already said it in Australia. The second set was very exciting, with incredible points. In the first he tried to play more aggressive than usual and I was good, with few mistakes and very good tactically It has been my best day with the serve. From the break that I did to him at the beginning, he started playing without errors, with dropshots, and I had to save 11 break points. In that you have to give credit to him. I saved them because I played very well, we both hit a lot and it was a moment of high tennis level in which I was able to escape. For me it is a victory of a high level that helps me and confirms that things are going in a very positive way. final here in Acapulco, in an important and very special tournament for me, it means a lot”.

Surprising level?: “It’s an important match, against the rival who is number one in the world right now, on a surface that favors him, although on this track the boat is more cheerful and that suits me. I keep calm and see things in a Very calm way. It is evident that being in the final after an effort from Australia, adapting to different conditions and staying focused, shows that I am mentally well, excited and in the right mindset before a final against an opponent (Norrie) that comes from winning a tournament”.

Trajectory: “My career has been long and much more successful than I could have imagined. Being here playing is a gift for me. I value everything very much. And I can only be grateful to life for all the experiences I have had, for what I am living and for all the good things that happen to me”.

Injury: “I have a problem that has no solution, and I have better and worse days, with more or less pain, but I’m managing it. I’m able to play without limitations, which I couldn’t do for the last year and a half. I was playing with too much pain and It was very difficult to compete that way. Now I feel a bit liberated, because at the moment in all the games I’ve played my (left) foot hasn’t been a problem. Although I’m aware that I don’t know what could happen, although I’m enjoying every day that the foot allows me to play freely and give everything I have and seek the best possible results”.