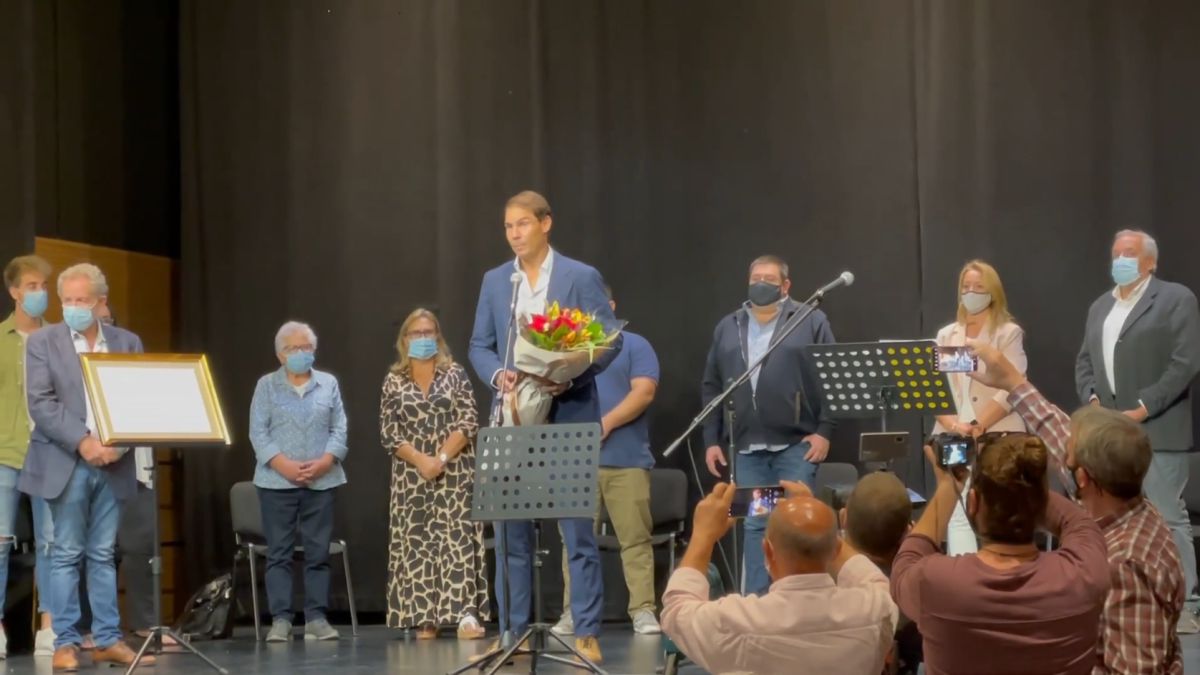 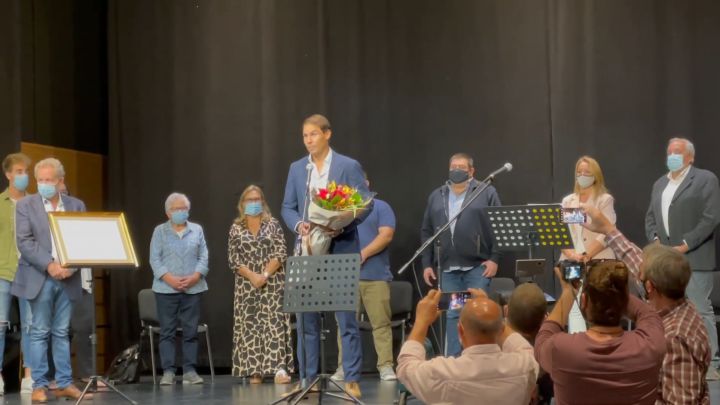 Rafa Nadal has admitted this Wednesday, after being distinguished as an adopted son by the Sant Llorenç des Cardassar city council for the help he gave the municipality in the tragic torrent of 2018, who does not know when he will be able to reappear on the tennis courts as he is immersed in the process of recovering from a treatment on his left foot. “I want to recover from the injury to return in condition”said Nadal, who this year has had to give up the Tokyo Olympics and several tournaments, including Wimbledon and the US Open.

“I don’t know when I will play again, I work a lot every day, I follow a specific plan, obviously with a marked roadmap and with very clear objectives”The Balearic tennis player responded to a question about his recovery process. “I won’t say what those goals are,” he added, “because there are things that I can’t control one hundred percent, but inside my head I do. I am clear about my objectives and I trust that things will follow a positive course to be able to try to compete, “he said.

“I work a lot every day to try first, to recover, and second, when I am recovered to be prepared to play again in full condition”, reiterated the winner of twenty Grand Slams titles, tied with the Swiss Roger Federer and the Serbian Novak Djokovic. Nadal recalled that “relatively recently” he underwent treatment on his foot “a little aggressive,” he said.

“I am in a process of recovery, of work, with a progressive increase in loads and the sensations are not measured daily. You have to be a little cautious, look a little in the medium term, “he added. The Mallorcan tennis player insisted that he follows” strictly “everything that is being recommended to him to return to competition in full condition, and that he does it “with the best of attitudes and with the maximum intensity and enthusiasm possible.”

“Later there are things that do not depend on me, but I trust that what I am doing will give the result that we hope,” he remarked. Nadal, finally, referred to the start of the Mallorca League: “It is a good start to the season; it started well, then he had three defeats against Athletic Bilbao, Madrid and Osasuna, he has just won (against Levante). We trust that this average of points (11) and sensations continues to be positive “, valued the Balearic athlete.

Nadal, awarded for his help after tragic flood

The Spanish tennis player Rafa Nadal has expressed solidarity this Wednesday with the families who have lost everything after the eruption of the volcano at the Cumbre Vieja de La Palma when he was distinguished as an adoptive son of the Mallorcan municipality of Sant Llorenç des Cardessar, devastated by a flood in 2018 in which thirteen people died. “Between all of us we have to help in the tragedy of La Palma”, said Nadal to the applause of those attending the extraordinary plenary session of the Sant Llorenç town hall. that unanimously approved to award him for having donated one million euros to the town and for having personally turned in the tasks of relief to those affected by the torrent.

The mayor, Mateu Puigrós, also expressed his solidarity with the Canary Island of La Palma – “which has suffered the devastating effect of the volcano”, he specified- presiding over the institutional act held at the Sant Llorenç Culture Center in which the Mallorcan tennis player was distinguished. Nadal, who was greeted with a bouquet of flowers, took the floor to refer to what happened in 2018 in a municipality that a few kilometers separate from his native Manacor.

“I did what I felt in that moment, without expecting recognition in return, as I have done all my life,” he recalled. “I am very grateful and I feel great satisfaction for this recognition, but I regret that it was caused by a disaster where lives were lost. The truth is that it saddens me to remember those days and I wish it had never happened,” added the winner of twenty Grand Slam titles together with the Swiss Roger Federer and the Serbian Novak Djokovic.

Nadal received the distinction of adoptive son of Sant Llorenç accompanied by his entire family and numerous inhabitants of the town, who applauded him at various times during the institutional act.