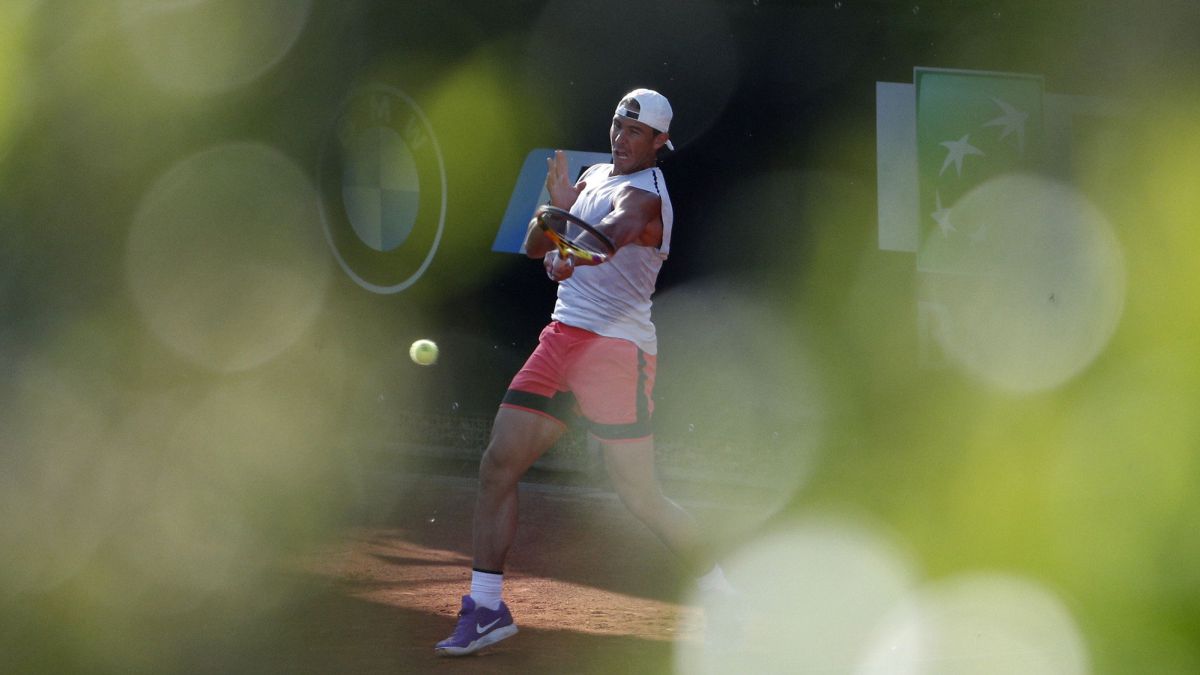 Rafa Nadal, eliminated in the quarterfinals at the Mutua Madrid Open, completed his first training session in Rome today and met his rival for his debut on Wednesday. It will not be an easy premiere. Italian Jannik Sinner (18th) awaits him, who defeated Frenchman Ugo Humbert 6-2, 6-4.

Sinner, 19, quarantined with Nadal in Melbourne before the Australian OpenHe will play before his public and is having a good season with the final of the 1,000 Miami Masters included, which he lost to Pole Hubert Hurkacz. But Nadal has won nine times at the Foro Italico, a tournament without the difficulty of the height of Madrid and that traditionally serves as a springboard to Roland Garros.

Sinner finished Humbert in 1h: 29, with a single loss of service at the start of the second heat. Nadal has played against him once, in the 2020 Roland Garros quarterfinals with the Spanish victory 7-6 (4), 6-4 and 6-1.