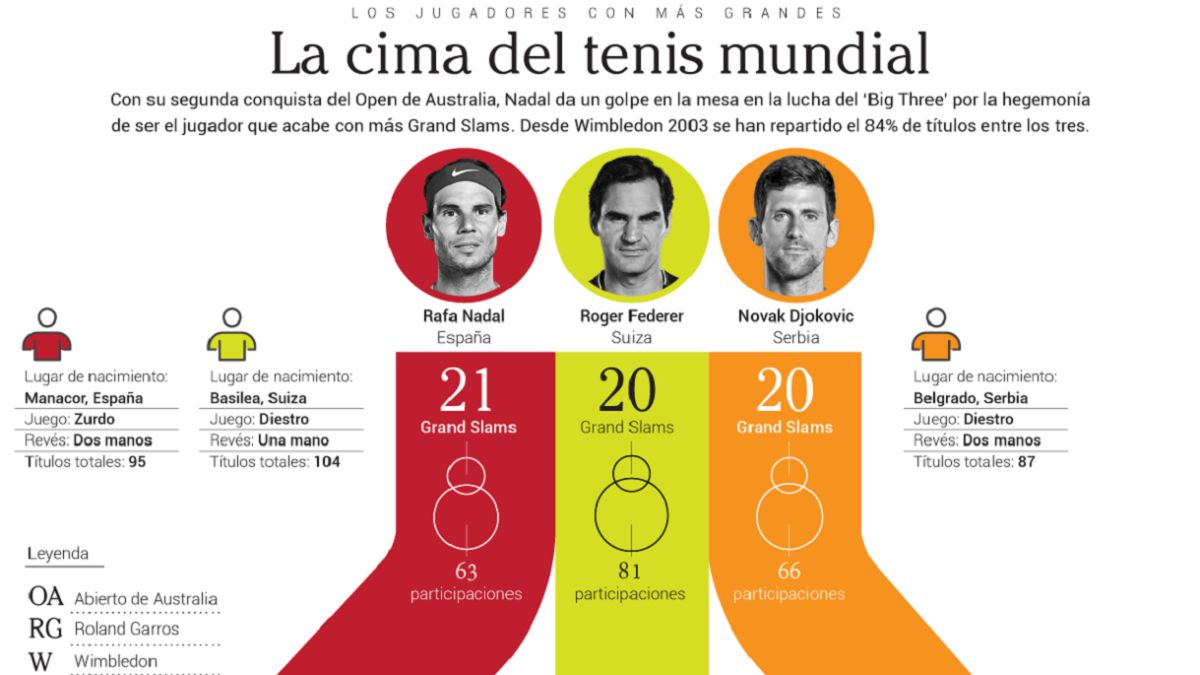 The surprise came in Australia. The Grand Slam in which he had had the fewest successes, in which Novak Djokovic had won nine times and Roger Federer another six, Rafa Nadal consummated the overtaking on the Serb and the Swiss. The Spanish looks at the two from the top.

The Big-Three dominates tennis in the last two decades, with 61 trophies among the three of 73 possible. Only Andy Murray (3), Stan Wawrinka (3), Andy Roddick, Gastón Gaudio, Marat Safin, Juan Martín del Potro, Marin Cilic, Dominic Thiem and Daniil Medvedev have been able to enter the territory of the three cannibals.

Nadal, 35 years old, did not miss the opportunity to take a bite out of history with the Balkan (34) at home for his refusal to be vaccinated against COVID-19 and the Swiss (40) still recovering from a knee injury that keeps him in the dry dock since Wimbledon 2021 and with the intention of returning to All England in June… A year later.

As for Djokovic, it seems that he could play this year at Roland Garros. Although France has prohibited any athlete without a vaccine from participating in its territory, it will make exceptions with people who have contracted the virus in the last six months, as is the case of the Serb, who was infected in December before traveling to Australia, from where he was deported. You can also go to Wimbledon (a ten-day quarantine is required but lax in terms of athletes) and the US Open could not be played at the moment.

The Serbian wolf had won eight and Nadal four of the last 14 Grand Slams. The Swiss has the account stopped since Wimbledon 2018, when he had two match points against Djokovic to achieve 21st. The Balkan also failed in his attempt at the US Open 2021 against Medvedev.