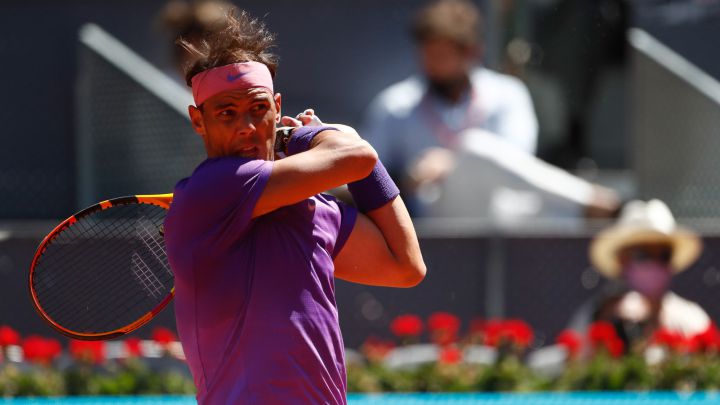 Rafa Nadal will not have an easy start to his career at the 1,000 Masters in Rome, as the Spaniard could face Jannik Sinner in the second round, if the 19-year-old Italian and 18th in the world beats Frenchman Ugo Humbert in the first round. The nine-time tournament champion also knows that if he reaches the quarterfinals, Alexander Zverev could wait for him again, who eliminated him at the same time at the Mutua Madrid Open on Friday.

If Nadal, who needs to go far to be second seeded at Roland Garros, advanced to the quarterfinals and overtook the German, he could face Daniil Medvedev, his rival for that position, who will recover it this Monday. In the second round, the projection places Canadian Denis Shapovalov as a possible opponent of the Balearic Islands.

Novak Djokovic, who returns to activity after giving up playing in the capital of Spain, goes to the top of the table and would only see Nadal in a hypothetical final. Your first opponent will be Daniel Evans or Taylor Fritz. in eighths he would play Grigor Dimitrov; in the quarterfinals, Stefanos Tsitsipas and in the semifinals, Domimic Thiem, because the possible crossings of the quarters according to the ranking would be Djokovic-Tsitsipas, Rublev-Thiem, Medvedev-Schwartzman and Zverev-Nadal.

The rest of Spaniards

As for the other Spaniards in the main draw, Roberto Bautista will debut against a player from the previous one on the side of Djokovic; Pablo Carreño, who goes for Nadal’s part, will face Serbian Laslo Djere. In the qualifying are Alejandro Davidovich, Jaume Munar and Roberto Carballés, who face Flavio Cobolli, Hugo Dellien and Tennys Sandgren, respectively this Saturday.