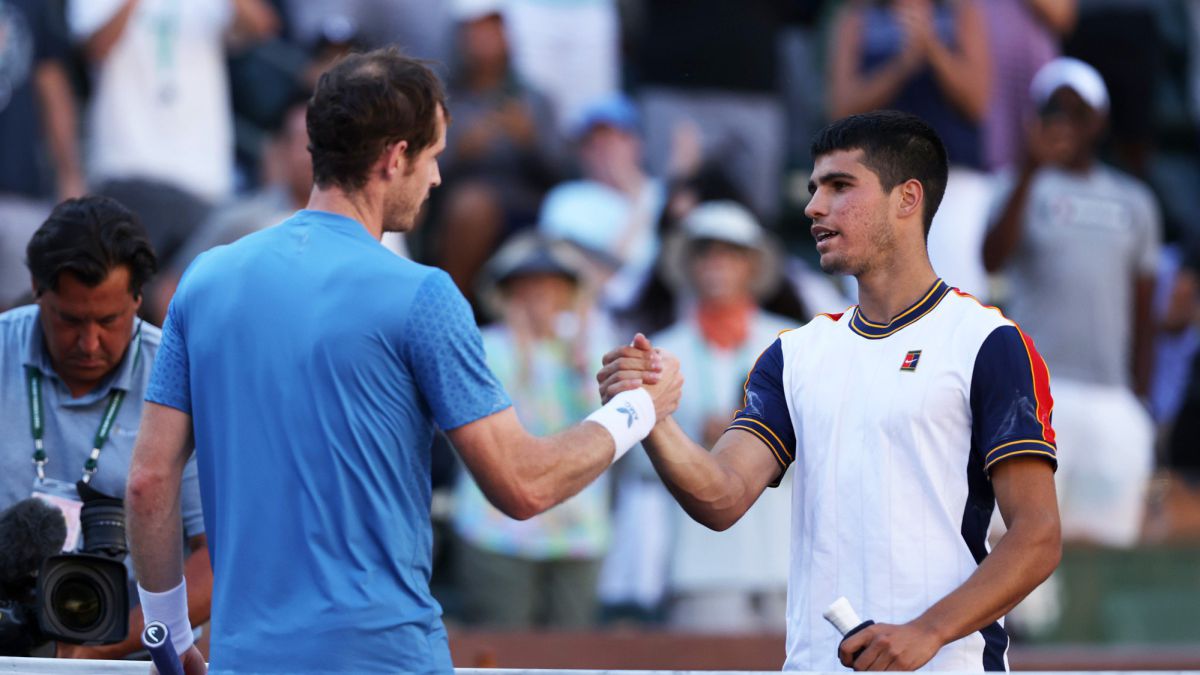 Andy Murray is back on his own terms. It is true that his physical punishment, thanks to the hip problems that have hampered his game in recent years, does not accompany him for great battles, but his quality remains intact. This was demonstrated in the Indian Wells 1,000 Masters, where he participates by invitation of the tournament, beat Carlos Alcaraz in the second round.

The Scotsman was able to beat one of the sensations of the circuit, at 18 years old, called to fight for the great titles of the calendar in the future. Two totally opposing styles, in a fight in which Murray’s seniority prevailed over the impudence and enormous power of the Murcian. “Obviously he has a lot of potential, a lot of firepower and in these conditions it is not easy to finish the points quickly. He is able to do it because he has a lot of rhythm from the back of the court. I had to fight a lot “, admitted the Briton after his victory in the interview at the foot of the track.

And, how could it be otherwise, I do not hesitate to praise the qualities of the young Alcaraz: “I felt that in the second set perhaps he played better. In the first I felt that I had more opportunities, but I did not get them, so yes, I’m happy with the way I fought He is a first-rate young player. “ The key to Murray’s triumph was not in the winning shots (18 to Alcaraz’s 36) but in greater consistency: he committed 13 unforced errors less than Alcaraz. The Murcian must take good note of a whole member of the Big Four.