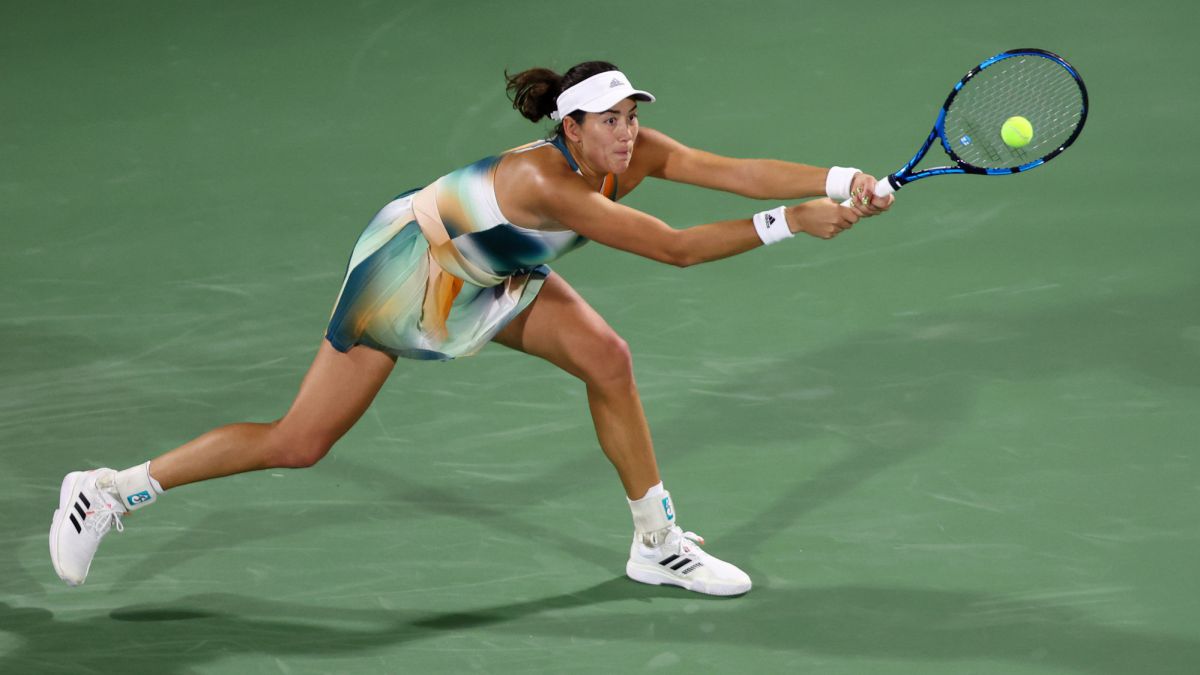 Garbiñe Muguruza suffered a serious setback in the round of 16 in Dubai. The actual champion fell to Russian Veronika Kudermetova 3-6, 6-4, 6-4 in 2:15. The emirate tournament was where she began her takeoff last year until she finished the course by being crowned champion of the WTA Finals and number three in the world. The bump will make him lose a good handful of points and positions in the ranking (now he is seventh). Dubai last year was a WTA 1,000 and this year it is 500, as it is alternating category with Doha, which will be held next week.

Muguruza had dominated in her three previous meetings against Kudermetova, 24 years old and 31st in the ranking, but after a good first set, she let the Russian take command in the next two to get into the quarterfinals.

In the second set, both Muguruza and Kudermetova, who was forced to ask for a medical timeout when leading 3-2, were very solid on serve, hardly giving up break options and winning several loveless games with their serves. However, in the tenth game Muguruza was forced to pick up a 0-40 serve. The Spanish saved the first two set balls, but could not prevent Kudermetova from taking the second set 6-4 on the third ball and forcing the third and final set.

The third set had a very similar script to what happened in the second set, with Muguruza and Kudermetova firmly holding their serves. In the ninth game Muguruza had two break options that he was unable to take advantage of and finally ended up paying. In the tenth game, Kudermetova took advantage of the first break ball she had in the set to close the set and the match 6-4 and giving the surprise against a Muguruza who will have to wait for the WTA 1,000 in Doha to add victories again. Kudermetova will now meet Switzerland’s Jil Teichmann, who beat Elina Svitolina 7-6 (0), 6-2, in the quarterfinals.

In other matches of the day the Ukrainian Dayana Yastremska starred in the big surprise of the day after eliminating the Czech Barbora Krejcikova, second favorite for the title, 6-3 and 7-6 (3) after an hour and a half of the game. Yastremska will now meet in the quarterfinals with the winner of the match between the Czech Marketa Vondrousova and the Russian Varvara Gracheva.

The Latvian also gave another great surprise Jelena Ostapenko, who came from behind against the Polish Iga Swiatek 4-6, 6-1 and 7-6 (4) in a two and a half hour battle. Ostapenko will now face the winner of the match between the Belarusian Aryna Sabalenka and the Czech Petra Kvitova in the quarterfinals.