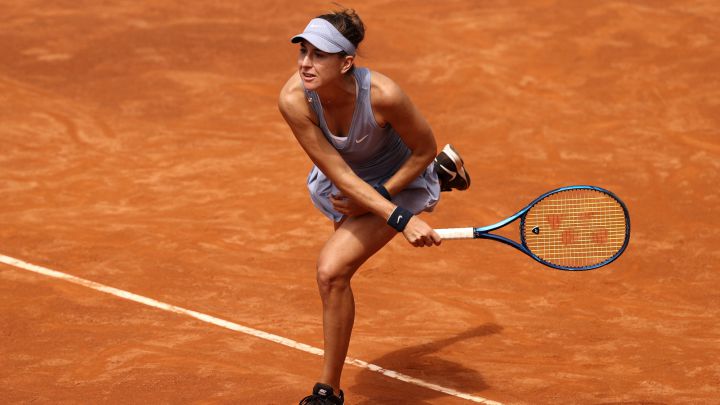 The morning session this Tuesday at the WTA 1,000 in Rome left us the defeat of one of the favorites for the title, the Swiss Belinda Bencic, tenth seeded.

The American also went to the second round Madison Keys, who suffered to beat compatriot Sloane Stephens (He entered as a ‘lucky loser’ instead of Karolina Muchova). Keys had to come back to win the game 4-6, 6-2 and 7-5 and meet Roland Garros champion Iga Swiatek in the second round.

In the second round there will also be Nadia Podoroska. The Argentine also had to come back against the German Laura Siegemund, whom she fanned 2-6, 7-6 (3) and 6-1 and in the next phase she will face one of the great favorites, the American Serena Williams. Kazakh Yaroslava Shvedova will also have a difficult crossing, who came back from a donut against Martina Trevisan to win 0-6, 7-6 (4) and 7-6 (6), and who will now be measured with the world number 1, Australian Ashleigh Barty.