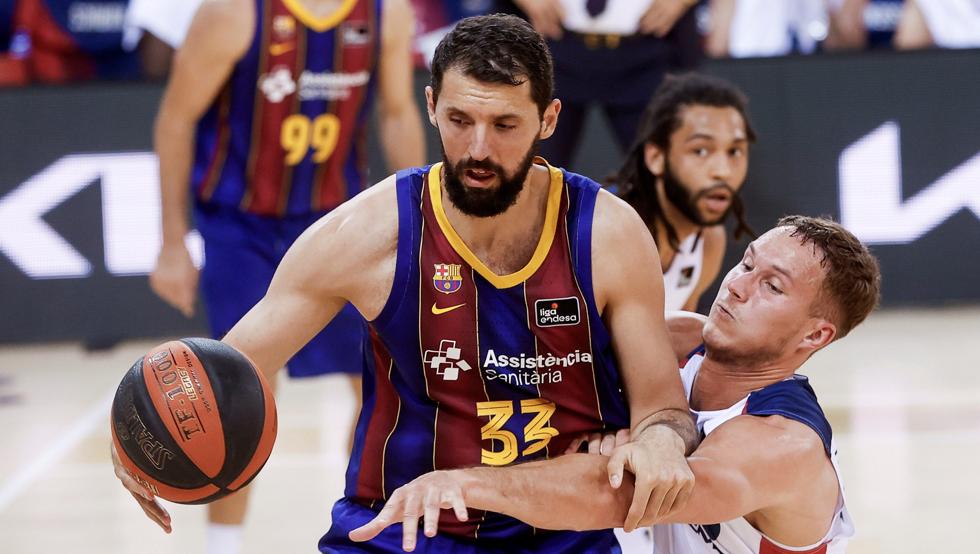 The great star of Barça, Nikola Mirotic, said this Thursday in Cologne (Germany) that his “dream” in this Four Final is put Barça where it deserves to be “by winning the third Euroleague of its history.

Mirotic said he felt “blessed” to be back in a ‘Final Four’ “after many years” and recalled that when he signed for Barça last season “I already said it was a great goal” to win the Euroleague.

“This should be the time to get it, but I don’t want to push myself, I just want to enjoy giving my best and helping the team win it. I’m very motivated, ”commented Mirotic.

The Barça power forward played down the fact of not winning the MVP of the regular phase, which was for the Serbian of Anadolu Efes Vasilije Micic, whom he congratulated. “Nobody remembers the individual titles and the ones that I lack are the collective ones, which are the most important”the player pointed out.

Mirotic recalled, before facing off against the Ex Armani Excnage Milan in the semifinals, what Barça “has been the best defense of the regular season” and that the “key” of the game against the Italians will be “to come out with a defensive mentality and start playing the attack from there, controlling the turnovers”.

“We have to be true to our game”, insisted the Spanish-Montenegrin, who stressed that tomorrow’s rival is “a great team with players capable of scoring many points.”

Asked about the help of having a coach like Sarunas Jasikevicius who accumulates so much experience in these types of tournaments, Mirotic commented that the Lithuanian shows “a lot of closeness” with the players and when he knows “the process” through which a player goes to Throughout the season he has put them “in the best position to be better players.”

Along these lines, the Spanish-Montenegrin power forward said he would face “with great enthusiasm” this first duel of the Final Four: “We do it with confidence in the coach and in ourselves, but with great humility”.