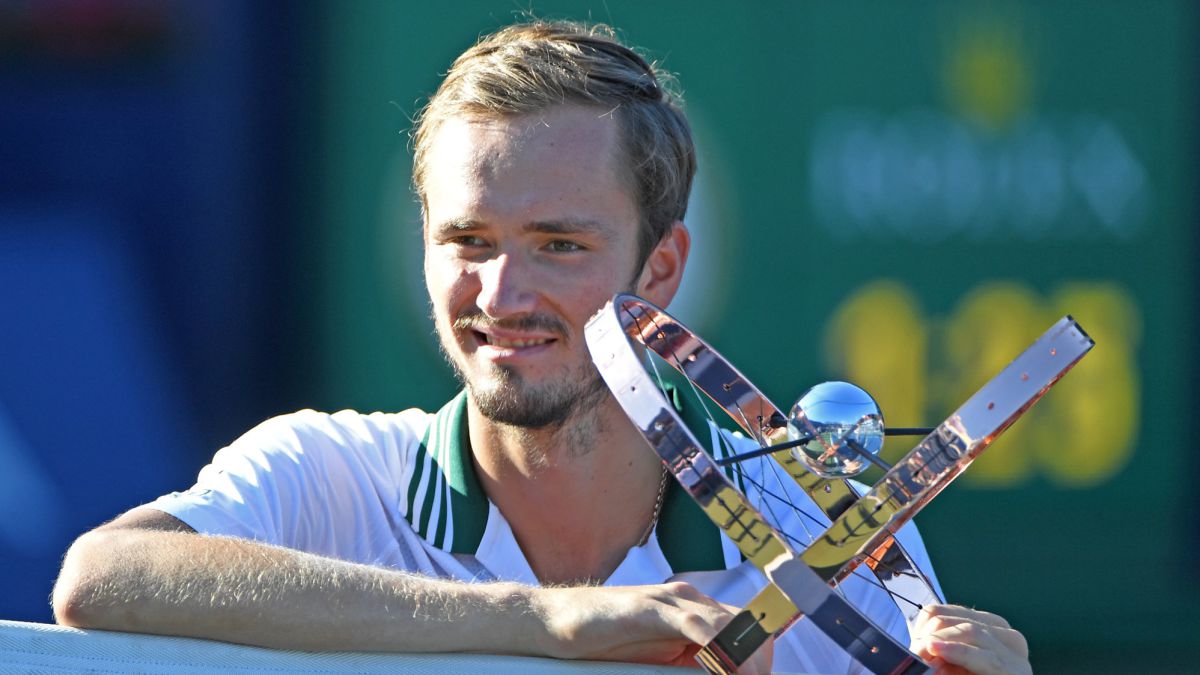 Russian Daniil Medvedev, first seed, beat American Reilly Opelka 6-4, 6-3 this Sunday and won the Toronto Masters 1000 title. Medvedev outscored the American in one hour and 27 minutes. He scored six aces and also neutralized his rival’s powerful serve, to leave his personal top with Opelka at 4-1 in his favor.

He became the first Russian tennis player to win this tournament since Marat Safin did it in 2000. The Russian made the most of his first serve with an effectiveness of 88% by 63% of his rival, who has one of the most powerful serves on the circuit.

Madvedev, who thus achieved his fourth Masters 1000 title, now has a solid 4-1 record in finals this year. The only loss was to Serbian Novak Djokovic, world number one, at the Australian Open.

The Russian has played four Masters 1000 finals since 2019, when he lost in Montreal to Rafael Nadal, winning all four: against David Goffin (Cincinnati 2019) and Alexander Zverev (Shanghai 2019 and Paris 2020) and this Sunday in the Canadian city.