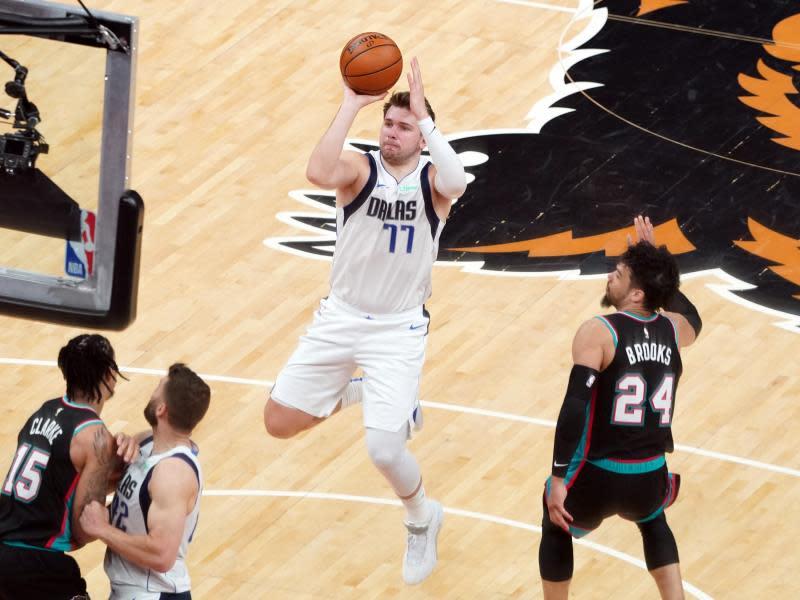 Madrid, Jul 14 (EFE) .- The Slovenian player of the Dallas Mavericks Luka Doncic takes another step in his meteoric career in the world of basketball by being the new cover of the successful video game “NBA 2K22”, which will go on sale to world level on September 10, as revealed by the company “2K Games”

At 22, this young man. A native of Ljubljana and former Real Madrid player, he is already considered an NBA star and has smashed all kinds of records in the three seasons he has been playing in the best basketball league in the world.

Due to his spectacular figures, which have made him “All-Star” on two occasions, numerous companies have noticed him as an advertising claim, such as “2K Games”, which has chosen him to be the cover of the standard edition. and the “Multi-Generation” digital pack for “NBA 2K22”, the best-rated and best-selling NBA video game simulation series of the last twenty years.

“Becoming the global cover of ‘NBA 2K22’ is very special to me. I am proud to represent my country on a special cover that honors the colors of the Slovenian flag. Basketball has given me so much and I am delighted to give it back by collaborating with 2K Foundations this year to improve the lives of children around the world, “said Doncic.

This year “NBA 2K22” will offer, in addition to the standard edition and the “Multi-Generation” pack, a special edition “75th anniversary of the NBA”, whose cover will be occupied by three historical basketball players such as Kareem Abdul-Jabbar, Kevin Durant and the German Dirk Nowitzki.

This special edition will be available for PlayStation 4, PlayStation 5, Xbox One and Xbox Series X | S, while the standard version will only be released for PS4, Xbox One, Nintendo Switch and PC.

All of them will be launched at the same time worldwide on September 10.

The covers of the “NBA 75th Anniversary” edition and the “Multi-Generation” pack are designed by Charly Palmer, an artist based in Atlanta (USA) whose work is characterized by his complex compositions and a unique technique and style .

His most well-known recent work is the “Civil Rights” series of paintings and compositions, notably “America Must Change,” which made a splash on the cover of TIME magazine in July 2020.

“The covers of ‘NBA 2K’ have always been a vehicle for telling stories and highlighting the diversity of backgrounds that players have,” said Alfie Brody, vice president of Global Marketing Strategy for NBA 2K.

“The culture around basketball is overwhelming and transcends the limits of geography. This year, we wanted to showcase that global diversity through the sensational and inimitable art of Charly,” he added.