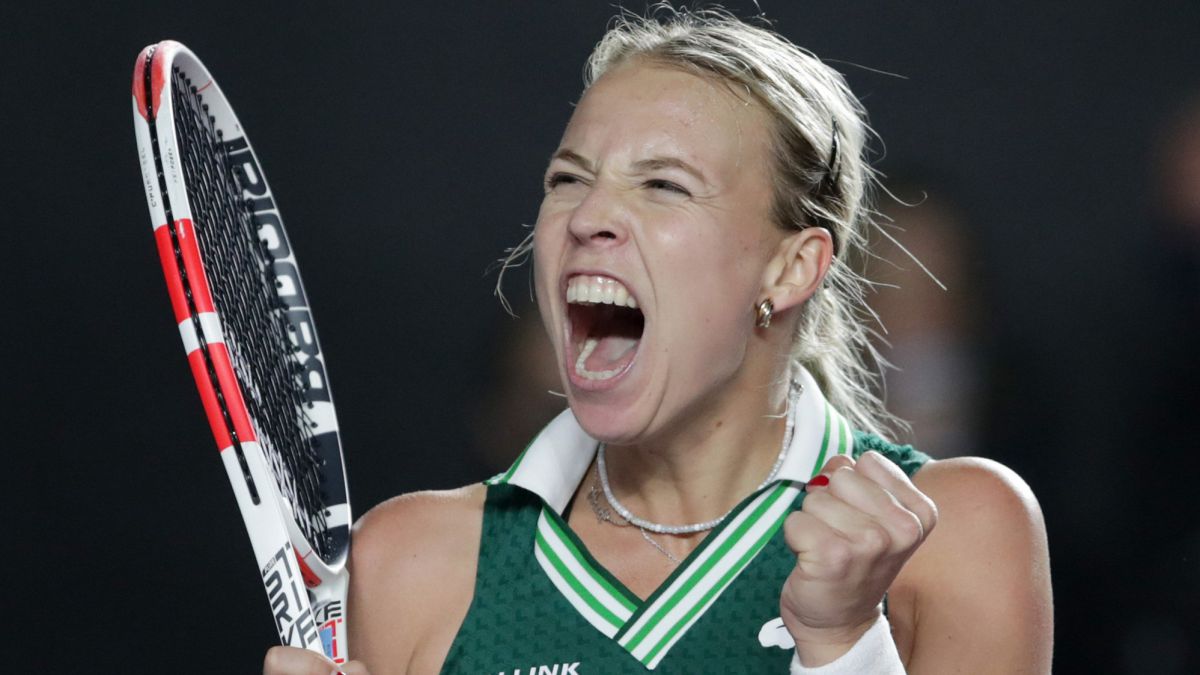 Estonia Anett Kontaveit, eighth in the world rankings, beat the Greek 6-1, 3-6 and 6-3 Maria Sakkari to sign your pass to the final of the Akron WTA Finals, in Guadalajara, Mexico

Anett Kontaveit took advantage of winning 76.7 percent of his points with his first serve to beat Sakkari, sixth in the WTA ranking.

The Estonian played fast and precise play to win a first set 6-1 in which she won 76.9 percent of the points with her first serve. Before a Greek with problems to measure the force in the returns.

Kontaveit broke his rival’s serve in games two and six, kept his and became strong in the distribution on the court, while Sakkari opted for deep play, with which he was late to returns and left balls in the field. network that cost you points.

Sakkari avoided a break in the first game, a factor that filled her with confidence to win the second set 6-3, in a set in which he shone with six aces and a better reading of his rival’s returns.

The Greek approached the line of the court and showed a great capacity to react to Kontaveit’s speed, who also let go of the opportunity to break the serve to his rival in the seventh game and did not keep hers in the eighth, which that led to the sixth in the world to tie in sets.

The Estonian won the match in a final quarter that she won 6-3 in which she returned to her safe tennis by taking advantage of the fact that Sakkari returned to the strategy of playing deep.

Kontaveit bounced back from Sakkar’s break in the sixth game to break the service of his rival in the seventh and ninth, which went up to six deuce, to sign his pass to the final.