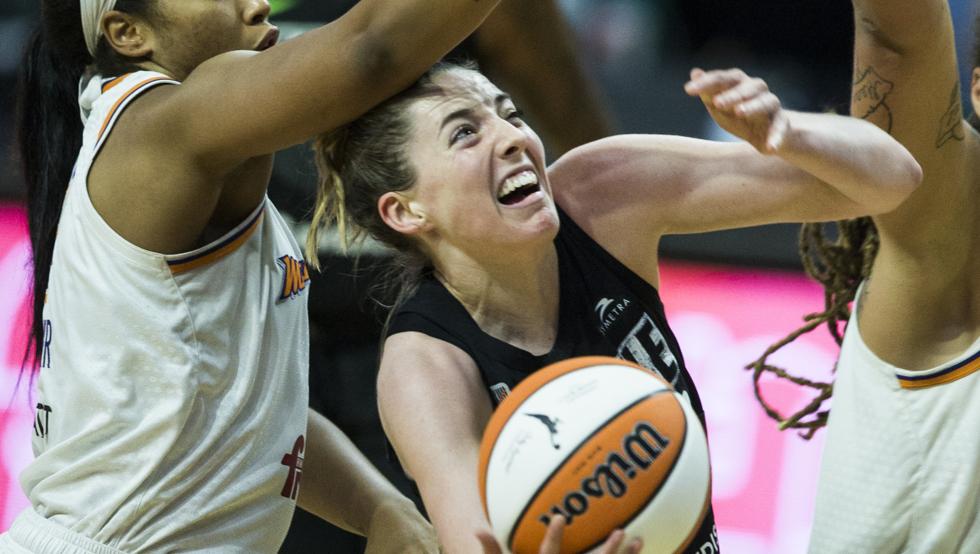 The american Katie Lou Samuelson has been out of the 3v3 Olympic tournament after contracting COVID-19 while training in Las Vegas.

“I will not be able to go to compete in Tokyo,” Samuelson said in a statement. “Competing in the Olympics has been a dream of mine since I was a child and I hope that one day, soon, I can realize that dream again. I am especially heartbroken as I am fully vaccinated and took all precautions, but I know that everything will take care of itself the way it is supposed to. I only wish the best for my USAB teammates to come out and smash. I will be cheering you on every step of the way. “

Samuelson, who plays in the Seattle Storm of the WNBA and on Avenida de Salamanca, flew home to get vaccinated during her European season, so she was ready to help state
United to qualify for Games
Olympics in May. It will be replaced in the list by Jackie
Young, who played with state
United in a 3v3 training camp in 2020 and also competed in the test at the 2019 World Beach Games.

Young joins Stefanie Dolson, Allisha Gray and his teammate in Vegas Aces, Kelsey Plum. The Americans had been in Las Vegas for a week training and testing every day. They only met off the court for breakfast and lunch and kept their distance during those meals.

The American team flew this Monday to Tokyo with the men’s and women’s 5v5 team. The inaugural 3v3 Olympic tournament begins on July 24 and the preliminary rounds run through July 27. The quarterfinals will be played on the 27th and the semifinals and the final the following day.