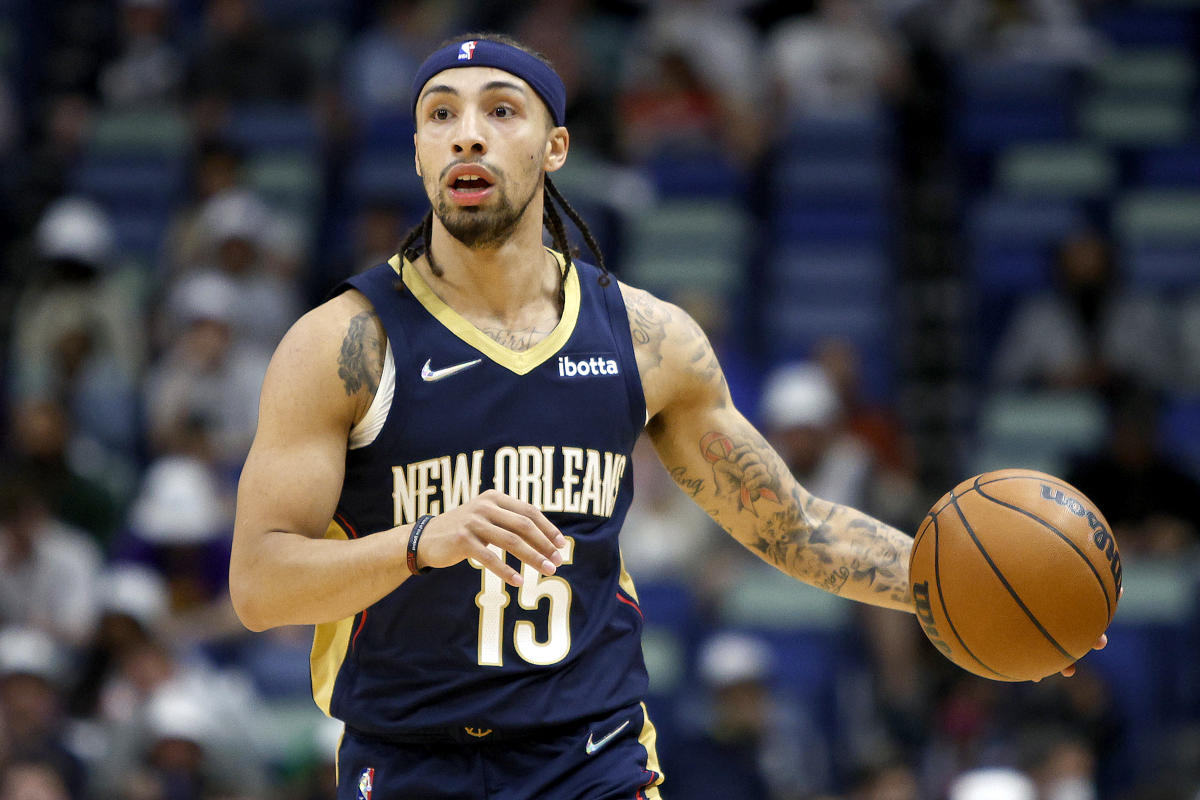 With a smile from ear to ear and making a video call to his parents, Joseph Alvarado (Brooklyn, NY, 1998) signed his new contract with the New Orleans Pelicans. “I cannot explain in words how much I have dreamed of this. I finally got it and it’s amazing. It is a dream come true. With these words he was describing the act of signing him to a four-year, $6.5 million contract just before the playoffs. Some may think that it is not a big deal considering the salaries that move in the NBA, but in the case of Alvarado you have to look beyond money. His is one of those movie stories. One of those that make it clear that the American dream exists.

Of Puerto Rican descent, José Alvarado stood out in his high school days as one of the best players in the country and shining in the uniform of the prestigious Christ The King New Yorker. There he earned a college scholarship in his own right and enrolled in Georgia Tech. The problem came when the NBA overlooked him. But we will get to that point. First you have to go back a bit, when the Brooklyn-raised Pelicans point guard began to shape his game on the street courts, bringing his playground style to ‘organized basketball’.

“When he was in high school and playing in the park he showed a lot of love to the community. Being Hispanic as well, it was important to Rodney Park.”he tells me Roman Perez, one of the basketball icons of Williamsburg, an area where he won the affection of his people. “Whenever he comes to Rodney Park, he is very nice to the community. He takes pictures with the children, he cares about people. He is a very familiar person. When he plays here he has the support of his family, but also of the people in the neighborhood. And he always loves people back. That is something that will accompany him throughout his career off the pitch and makes him a very valuable person. Gonna make Brooklyn proud of him”.

The entire borough of Brooklyn did not, but a good detachment was present at the Madison Square Garden when Alvarado first played in the mecca of basketball. In the post-match interview, he couldn’t hide his feelings from him. “I do not know what to say. I just saw my parents in my t-shirt. All the friends who have come to see me… It means a lot to me. If you had told me this five years ago, I wouldn’t have believed it.. It’s like a dream come true. It’s crazy. I’m in the Garden, I’ve won, I’m doing an interview with you and my people are behind it. You can’t make this up. You can’t understand how happy I am.” It was not for less.

Though he’s now settled in the Pelicans’ second unit as a backup point guard, the NBA turned its back on Alvarado at first. After four years in the NCAAbeing chosen Defensive Player of the Year from his Conference in his final season at Georgia Tech, the youngster was not selected in the draft. In other words, no team considered him ‘NBA material’. Interestingly, quite the opposite of those who had seen him play summer after summer in New York street tournaments.

“Of course he had potential for the NBA. He was in high school when he played Rodney the first time and you could see it. I have played in Rodney for many years and I can say that he is one of the three best players I have faced. He defended at full court and he dried me. I saw potential from that moment”, confesses Román Pérez.

Something similar had to do with the Pelicans, who ended up offering him a contract two way for which he can play a certain number of games in the NBA and the rest in his assigned team in the Development League. An opportunity that the boy did not miss and that he used to prove everyone wrong about him. Based on hard work and sacrifice, and without missing his roots, Alvarado has ended up earning a contract as God intended.

“He is a player of fundamentals. Very defensive. He has a very aggressive style, New York style. He has ball control, he can shoot… But to all that we must add his defense. It’s a mix of streetball and NBA.”, describes Perez. A very particular style that he has not hesitated to transfer to professional basketball. As an example, there are any of the times he has shot roguery to hide in a corner of the field and steal the ball from the rival point guard from behind or the day his defender asked the bench if Alvarado was good at shooting and he answered yes. to later nail a triple and prove it. Pure playground.

Alvarado is living a dream come true, as José himself has repeated ad nauseam since came to the NBA through the back door to end up looking out the front to greet those who did not want to open it at the time. There is no better way to motivate a neighborhood kid than by saying no.

More stories that may interest you: