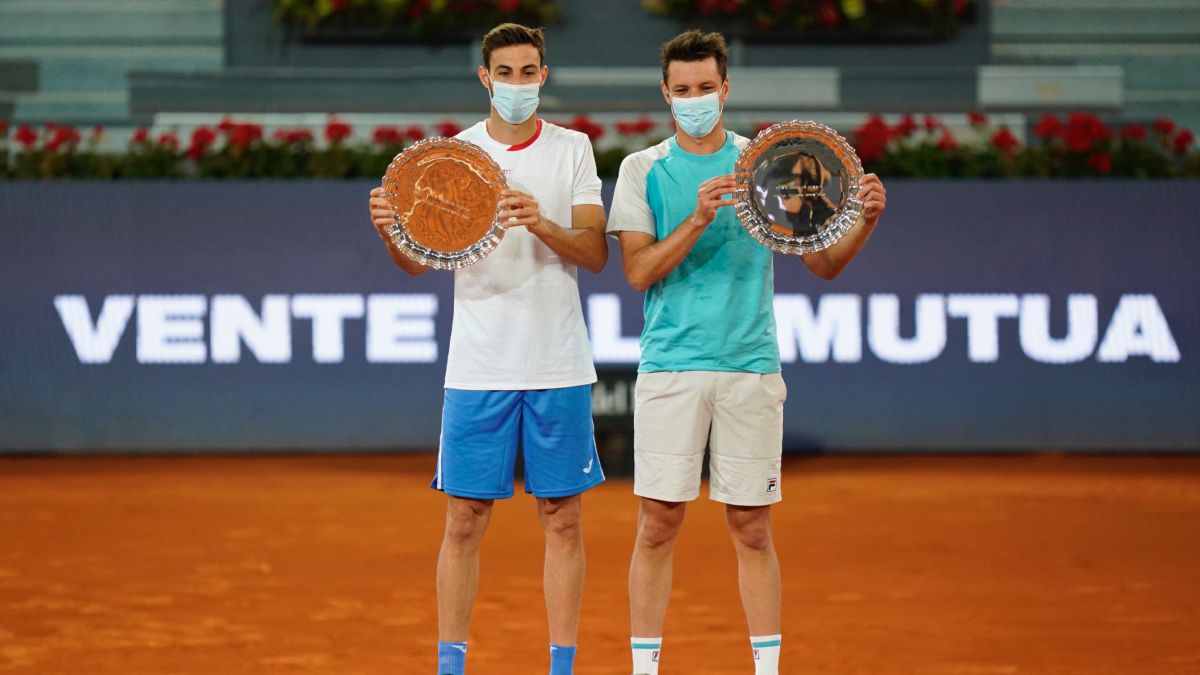 In the absence of Rafa Nadal or Diego Schwarztman or any other Spanish or Argentine representative in the finals of the individual draws of the Mutua Madrid Open, Marcel Granollers and Horacio Zeballos left the pavilions of the Navy and the Legion high. with a great victory in the doubles tournament against the second best couple in the world, the one formed by the Croatians Nikola Mektic and Mate Pavic, against whom they came back to win 1-6, 6-3 and 10-8 in 72 minutes . It is the third Masters 1,000 title for the Spanish-Argentine couple (they won Canada in 2019 and Rome in 2020), third favorite of the tournament, for a total of five. And they are the first tennis players from their respective countries to win the tournament in pairs in the capital of Spain.

A few weeks ago, Granollers (22 doubles trophies) and Zeballos (17) had lost in the semifinals of Monte Carlo against Mektic and Pavic and they took revenge in a way that tasted like glory to them, as perhaps they were again losers after conceding 6-1 in the first set. But they did not lose faith, they closed their services well in the second and They added a break in the eighth game that ensured them a super break in which they were superior with very good serves from Granollers and a spectacular last shot from Zeballos at the side of the net.

Both celebrated it with emotion and in the camera Marcel wrote RCD Espanyol, under the Vamos Ostras (that’s at least what was understood) that Horacio put, to celebrate the promotion to First of the Catalan team. The Buenos Aires native highlighted the food of the tournament a lot: “It is spectacular, the amount of ham and cheese I ate this week is incredible. It has been a beautiful week to share it at Marcel’s house, although as an Argentine one feels very special here. I hope to come back next year to play in front of a crowd like yours who is very beautiful. “Granollers, excited, said” joys like this “are” very important “for them. “For me on this track I am experiencing some of the most beautiful emotions of my life, like the Davis Cup in 2019 and now this victory.” “I thank my family and my friends,” said the Catalan with a trembling voice.