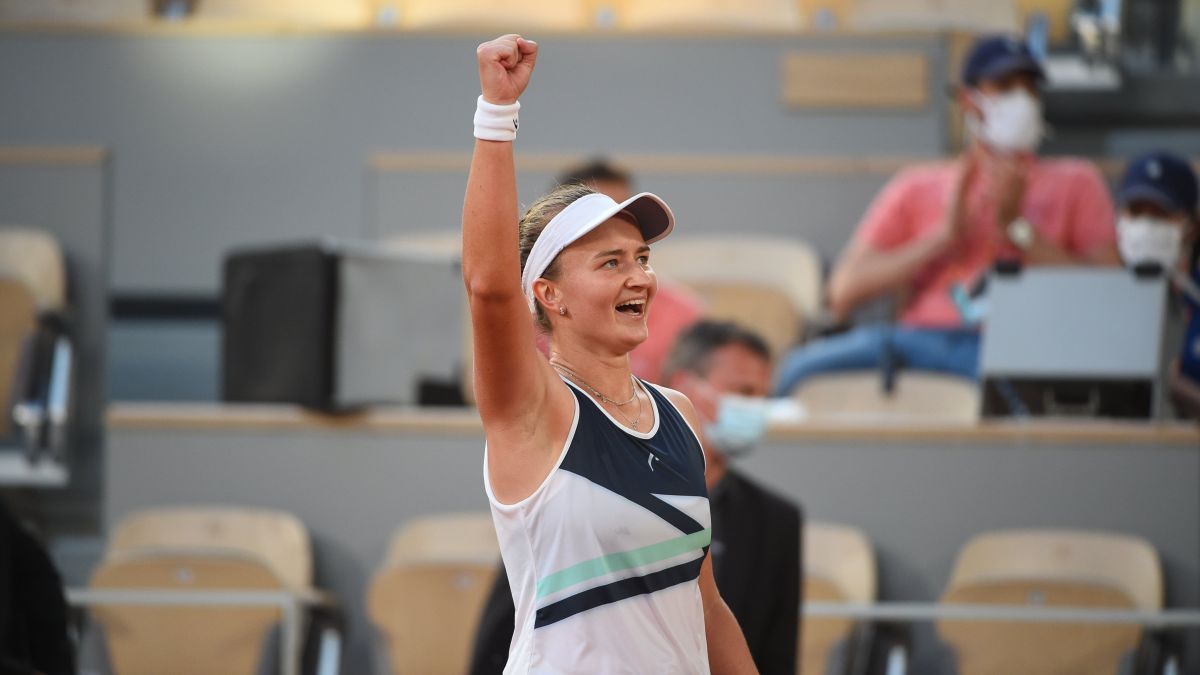 The Czech Republic celebrates these days the success of its tennis, personified by a tennis player who will play on Saturday the final of Roland Garros against the Russian Anastasia Pavlyuchenkova, Barbora Krejcikova, who defeated the Greek Maria Sakkari (7-5, 4-6 and 9-7 in three hours and 18 minutes). The 25-year-old and 33rd player in the world aims to give her country another Grand Slam women’s title on Saturday (3pm, Eurosport), which her representatives have not conquered since the Wimbledon one won by Petra Kvitova.

Sakkari fell again to Krejcikova, a doubles player of the highest category (she plays the semifinals in Paris with her compatriot Siniakova) who now also excels in singles. The balance is now 3-0 in favor of Brno (25 years and 33rd), with a previous victory a few months ago in Dubai, and another in an ITF tournament in 2014. And history repeated itself, despite the fact that Sakkari had a match point at 5-3 in the third set.

Barbora took the lead in a very even first set with four breaks for them and three for Sakkari. Maria did not deflate and started the second set with a 4-0 that partially reduced her rival, ending up falling 6-4. In the third, Helena took the lead (3-1) and suffered later to maintain the advantage. At 5-3 she missed that final ball and lost a long tenth game that leveled the balance, before Krejcikova took advantage of her fifth match-ball to touch the sky in Paris. She thanked, among others, Martina Navratilova, and the late Jana Novotna, who was her mentor. Figures from a long list of the always talented and powerful Czech tennis.