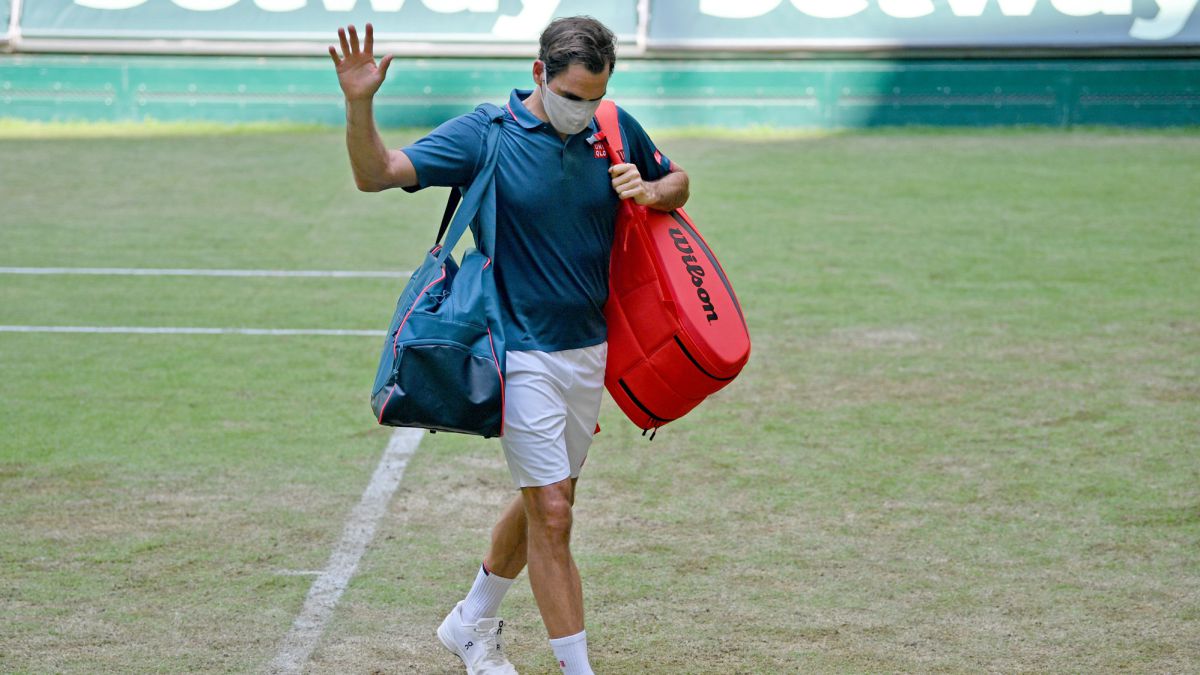 Roger Federer’s magic begins to wear off. Either due to lack of motivation or the continuous wear and tear of time, the Swiss is having one of the gravest seasons of his sports career, on the verge of turning 40. The one from Basel fell unexpectedly last Wednesday in the garden of his house, the Halle ATP 500 who has won ten times, against Felix Auger-Aliassime that gave the bell to advance to the third round: 4-6, 6-3 and 6-2.

Undoubtedly a symptomatic fact of the Federer’s apathy, which he also showed at the telematic press conference he attended two hours after the match ended. There, his speech was not at all encouraging: “I felt like I needed time to process this with Ivan Ljubicic (his coach). I had a lot of ups and downs. A great first set, the second was good and after the first break of the third I was disappointed. I was very negative, which is not normal for me. My attitude was bad, I’m not proud of it. That was disappointing. The good thing is, I know what not to do next time. I have to look forward because I can do better. “

Wimbledon is just around the corner (June 28 to July 11) and having accumulated only two matches on grass does not seem the ideal preparation for Roger in a new attempt to storm the 21st Grand Slam of his career. However, despite having a poor balance of 5-3 in this course (losses to Basilashvili, Andújar and Auger himself), Roger avoids responding to his withdrawal and believes that things will go better on the London green: “I don’t want to make any foolish decisions. I want to be positive and look for my next goal which is Wimbledon. My plans now are to go back to Switzerland and we have time to discuss what is the best plan now, I have time to decide what the next steps are. “For now, he will not be able to be next Friday to a round of quarter-finals in Halle that he had never missed in 17 appearances. Will it be the beginning of the end?