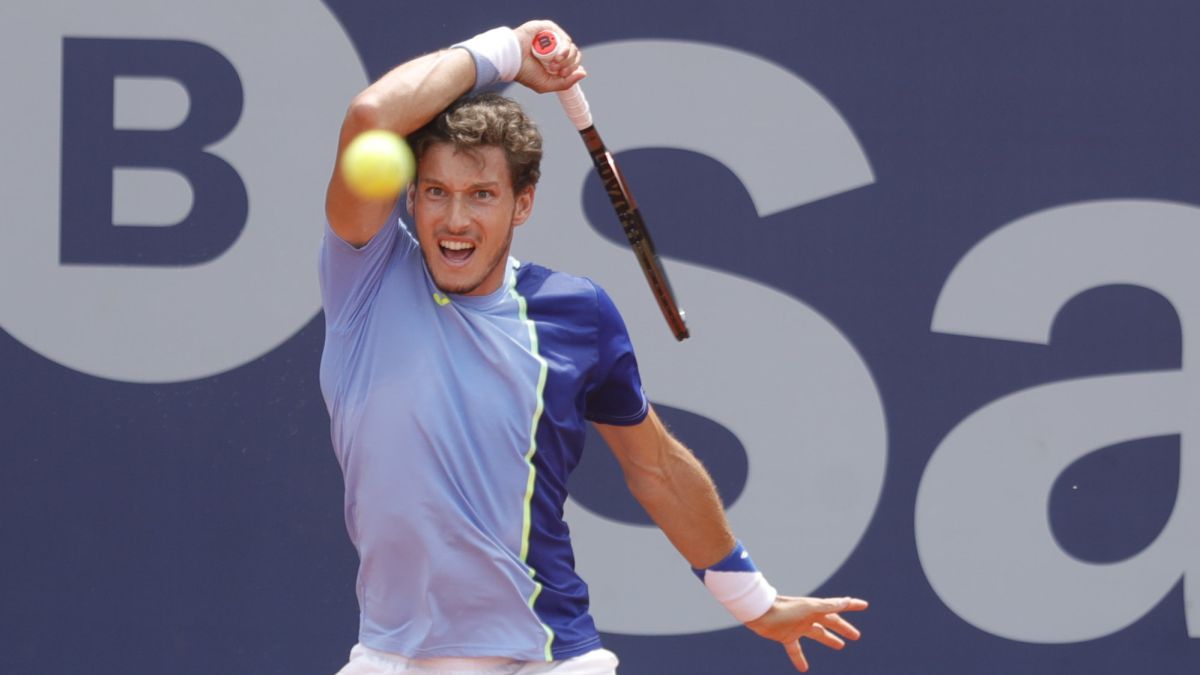 Excellent Friday and marathon of Pablo Carreno. the spanish tennis player will play his third semifinal of the Godó Tournament after beating Lorenzo Sonego in the round of 16 and Casper Ruud, number 7 in the world, in the quarterfinals. The semifinal tastes like glory and more after being forced to play two games, six sets and five hours and 44 minutes of play. Against Ruud, Carreño showed character and tennis to come back (he saved three match points) and prevail with a result of 4-6, 7-6 (8) and 6-3 in three hours and two minutes. This Saturday he will look for a place in the final against Argentine Diego Schwartzman.

Carreño appeared on the Rafa Nadal court just two hours and 20 minutes after beating Sonego to face Casper Ruud and not even fatigue could beat him. The Norwegian, yes, tried to take him to the limit and from the first set he tried to make the duel long. Rudd hit first because he didn’t miss the third break point he had at 4-5 and took the first set (4-6). Carreño, despite his reliability in the serve (he won 72 percent of first serves), did not make any of the two break balls he had good and this diminished him. Yes, it was Ruud who, even with suspense on the last ball, took the first set exuding patience. In the second round, Ruud followed the same strategy as in the first, with long points and trying to move Carreño around the track who suffered, although he was resurrected. He managed to save three match points at 4-5 and then took the set to a tie break. It was then that the Spanish took out his character, he withstood the pressure and his sixth set ball was the charm to make it his own 7-6 (8).

The third set, already with the lights on, was an all or nothing that made the audience on the Rafa Nadal court stand up on more than one occasion. The exchange of blows was fast-paced and there were breaks by both tennis players at the start (2-2). Carreño’s sensations on the track were better than those of a Ruud who did not stop gesturing and shaking his head ‘no’.And all this crystallized in the sixth point that Carreño took to whom the ball was running at an excellent level and who went 4-2 and with service in favor. The last points were exciting and Gijón was crowned king after the umpteenth comeback in the duel because with 5-3, Ruud went 0-40. Carreño recovered it and after several deuces he won 6-3. The Rafa Nadal court went crazy with him and will accompany him this Saturday in the semifinal.

The chants of “Diego, Diego” could be heard from the center court where Pablo Carreño and Casper Ruud were fighting for the other semifinal. It was not for less the impulse of the stands, after Peque Schwartzman’s comeback against Canadian Felix Auger-Aliassimethat robot that serves, volleys and has game from the bottom of the track, that runs like a deer, but suffers disconnections that penalize it. After winning the first set 6-3, he fell into the clutches of the Argentine, who simmered the match and took the following sets 2-6 and 3-6.

With the hammer that the Argentine has on the right, he hit first in the second set (0-1). Aliassime survived because of his aces, but soon lost the initiative (1-3). Schwartzman, who improved in the rest, knew how to manage it and found himself more and more comfortable. He threw two dropshots, two backhands to two winning hands and, when the Canadian was close to breaking for 4-3 and serving, he clung to the match, came back and took the match to the third set (2-6).

Both players forgot about their tiredness, about the round of 16 match they had played at noon, and threw themselves into the open grave. With 1-1, Aliassime protested a decision by the chair umpire in which he claimed that his rival’s ball had bounced outside. Both spent two minutes debating and gesticulating on the track. A symptom not too hopeful for the Canadian. In fact, and after 1-2, it was delivered to Schwartzman, who grabbed the court, blow by blow, and was throwing winners and unhinging his opponent until he was placed 3-5 and with services. Schwartzman did not forgive and the fourth match point got into the semifinals to the cry of “Diego, Diego”.